A man wielding a knife has been shot dead by police after he allegedly charged at them on a regional Victorian road.

It is understood the man was involved in a carjacking on Thursday morning before he then allegedly crashed into a number of vehicles.

Responding police had attempted to stop the car, believed to be a stolen Audi from the carjacking, before it was involved in a collision.

The man is then believed to have run at police with a weapon in his hand. Moments later, he reportedly suffered a number of injuries to his upper body.

Paramedics worked on him at the scene at Drouin, but the man could not be revived. 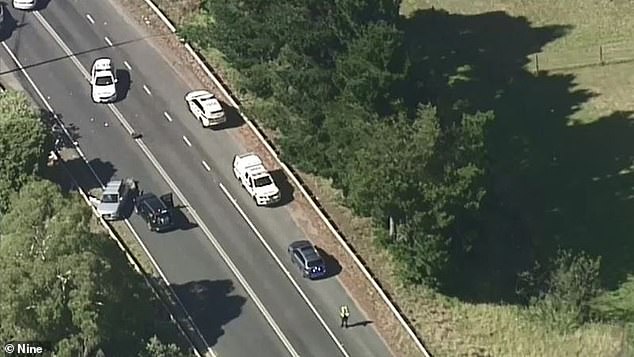 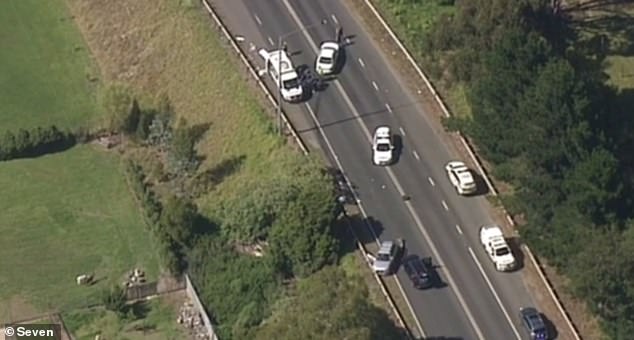 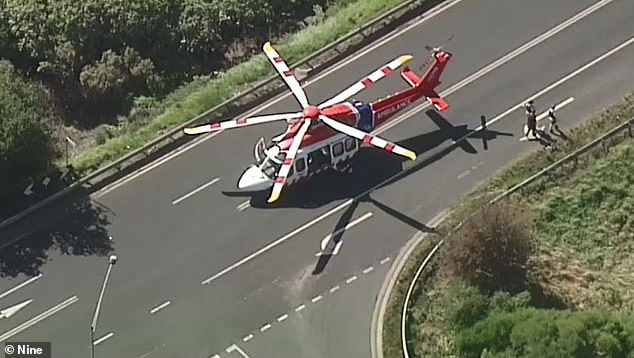 Paramedics then worked on him at the scene, (pictured above) but he could not be saved

Eyewitness Brock, who was driving past at the time of the incident, told 3AW he witnessed the police chase involving the offender.

The man said the offender’s silver SUV wagon crashed into an oncoming car before he charged at armed police clutching a weapon.

‘He was holding something in his hand, not sure exactly what it was, must have been a weapon of some sort because police were yelling at him to drop it – he didn’t drop it and then there were shots fired,’ the eyewitness said.

‘He was just erratic, he was running around. He didn’t seem to be quite with it, he was agitated and aggressive.’

The eyewitness also said he heard two shots fired at the man, who then dropped to the road.

Former standards chief on Boris Johnson’s plan for a charity to fund makeover of his No.10 flat