Rio Ferdinand and Owen Hargreaves have lauded praise on Manchester City after they cruised to a 2-0 Champions League victory over Borussia Monchengladbach.

Goals from Bernardo Silva and Gabriel Jesus gave Pep Guardiola‘s side a two-goal advantage going into the second leg of their Round of 16 tie.

City will be heavy favourites to advance to the quarter finals, with two away goals meaning their German opponents will need to equal the score to take the game to extra-time. 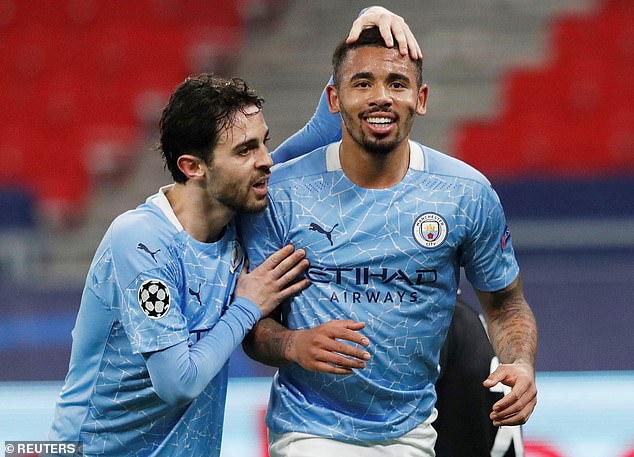 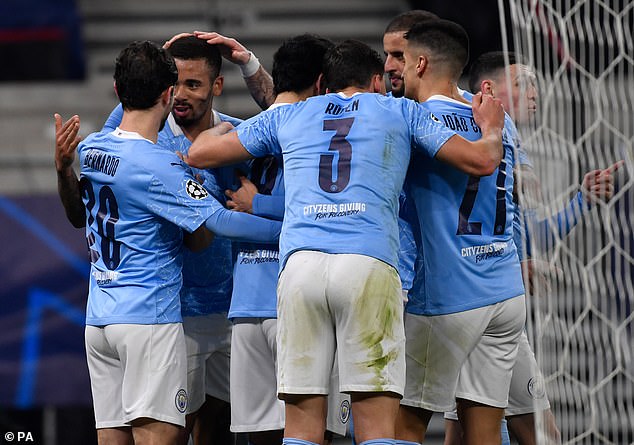 Guardiola’s side are regarded as one of the favourites for the tournament as they search for their first Champions League trophy.

Ferdinand who won the Champions League with Manchester United in 2008, said that City will have to be wary of Bayern Munich and Paris Saint-Germain.

The BT Sport pundit said after the game: ‘I think Bayern have the experience and quality. Paris Saint-Germain as well.

‘Question is will they have their two wide players cheating and ask City are you going to come in.

‘Will you stay back or will you keep getting full-backs forward and it’s a shootout. If you’re playing against the likes of Mbappe and Neymar in a shootout you’re dicing with it there.’

When asked if any team could stop City, Hargreaves added: ‘I don’t see it – they can only stop themselves through mistakes and injuries and I can’t see that.’

The victory over the Bundesliga side is the latest in a fantastic run for Manchester City, who are on a 19-game winning run.

Therefore it would be a huge surprise for Monchengladbach to mount a come-back in the second-leg. 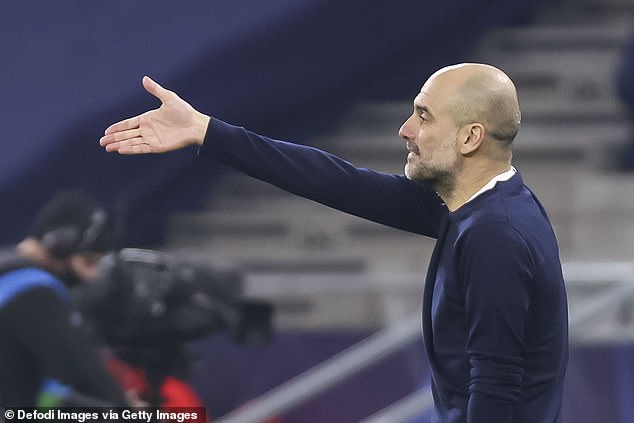 When asked about the possibility of the German side getting back into the tie, Hargreaves said: ‘It’s not going to happen.

‘They’ve conceded six goals in this 19-game winning run. That is off the charts.

‘Clean sheets is standard procedure now for Man City and they’re at least going to score two every game so an unbelievable performance.’

Hargreaves added that he can’t see City running out of gas by the end of the season.

He said: ‘I can’t see them slowing down they play at a speed that suits their game.

‘Everybody’s playing unbelievable football, Gundogan, Bernardo Silva, Cancelo, Stones everyone. I think Aguero’s coming back, De Bruyne’s back, Raheem Sterling, even if someone has an off day or with three or four injuries, I just can’t see them dropping off. 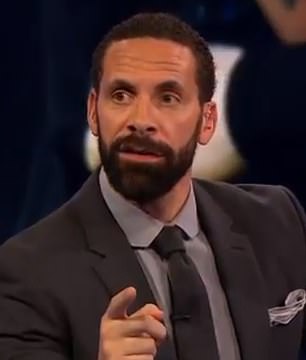 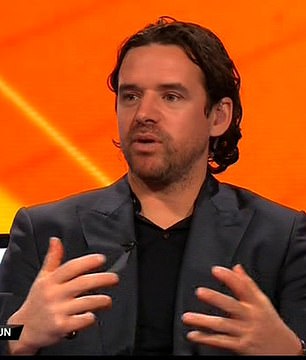 ‘With the speed they’re playing the game I don’t think they’re going to fatigue. In the past when they tried to compete with Liverpool with those transitions and Tottenham, I just can’t see it happening now.

Fellow BT Sport pundit and former United team-mate, Ferdinand added: ‘They’ve made games expected to be a little bit tougher, easy to them. They score at the right times, they don’t look like conceding which is a great mix to have.

‘They don’t look like they are going to run out of gas the depth in their squad is phenomenal.

‘Players are coming in and all having an impact, no one’s sulking, the dynamic of the squad is perfect at the moment.

‘For City fan’s sake you will want that to continue, you don’t want your best vein of form right now and come to the business end of the season and you see a chink in the armour, they need to maintain this.

‘I think the system they play, overrides the impact of any one individual in this team.’