Pep Guardiola has described the heavy demands he is placing on his record-breaking Manchester City team, as they look to extend their incredible winning run.

Guardiola has admitted he has struggled to relax away from the training ground during this truncated season. On Friday, he delivered an emotive message to his squad, believing his obsession with winning is matched by the players.

City head into Saturday afternoon’s clash with high-flying West Ham looking to chalk up an astonishing 20th consecutive victory in all competitions and go 13 points clear at the top of the Premier League. 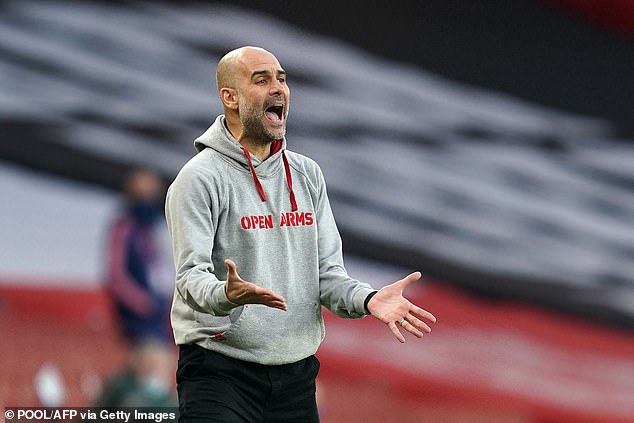 ‘Sometimes I shout at my players when I should not but I cannot control it,’ Guardiola said. ‘When I was a player, it was like this too — it’s the way I am. I don’t want to be fake to myself. I don’t want to feel weak.

‘These are the demands on myself and I demand it of my players too. They have to know that I am not resting.

‘They have to (follow me). When they arrive here, they have to know we must win. If you do not accept it, you cannot be here. That’s the only way at the big clubs. Our chairman does not want one day of sleep or rest.

‘We push each other to be better.’

Guardiola was surprisingly critical of City’s forwards after Wednesday’s 2-0 cruise against Borussia Monchengladbach in the Champions League, suggesting they will not progress in the competition if they do not properly kill teams off. 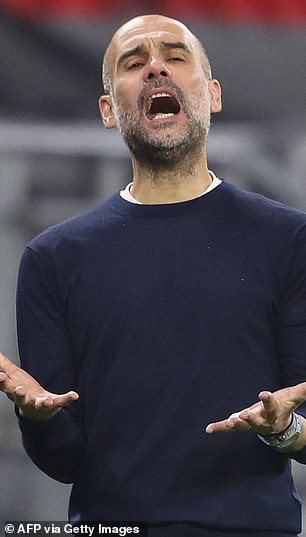 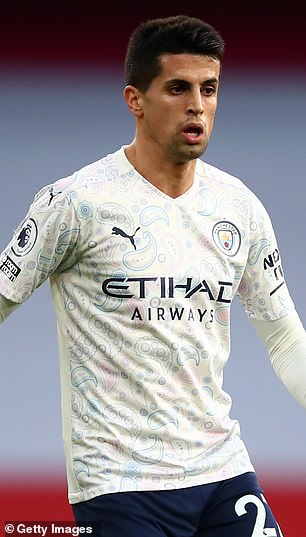 Guardiola was surprisingly critical of City’s forwards against Borussia Monchengladbach

The 50-year-old’s demeanour has changed dramatically since penning a two-year contract extension in November.

Guardiola also bullishly rejected the notion that City have altered their style of play this term — claiming Joao Cancelo’s free role from full back is similar to that asked of Fabian Delph earlier in his tenure.

‘The way we play and run, the intensity without the ball and cleverness with it is remarkable. Are you thinking I’m going to change something? I would be stupid. Last season we could not fight against Liverpool, it was incredible, but today this season, again we are there — this makes me proud.

‘Four Carabao Cup finals, this is what I am the most proud of. We created this ourselves.

‘I came to play in a special way and I did it. The job is done, but still I have the feeling we can do better. Still I feel we can win more and make our fans proud. ‘If I did not feel we could get better, I would not have extended my contract here.’

Barcelona’s Clement Lenglet Limps Off With Ankle Injury Against Osasuna

Constant pain, no energy… and all because of this tiny piece of metal