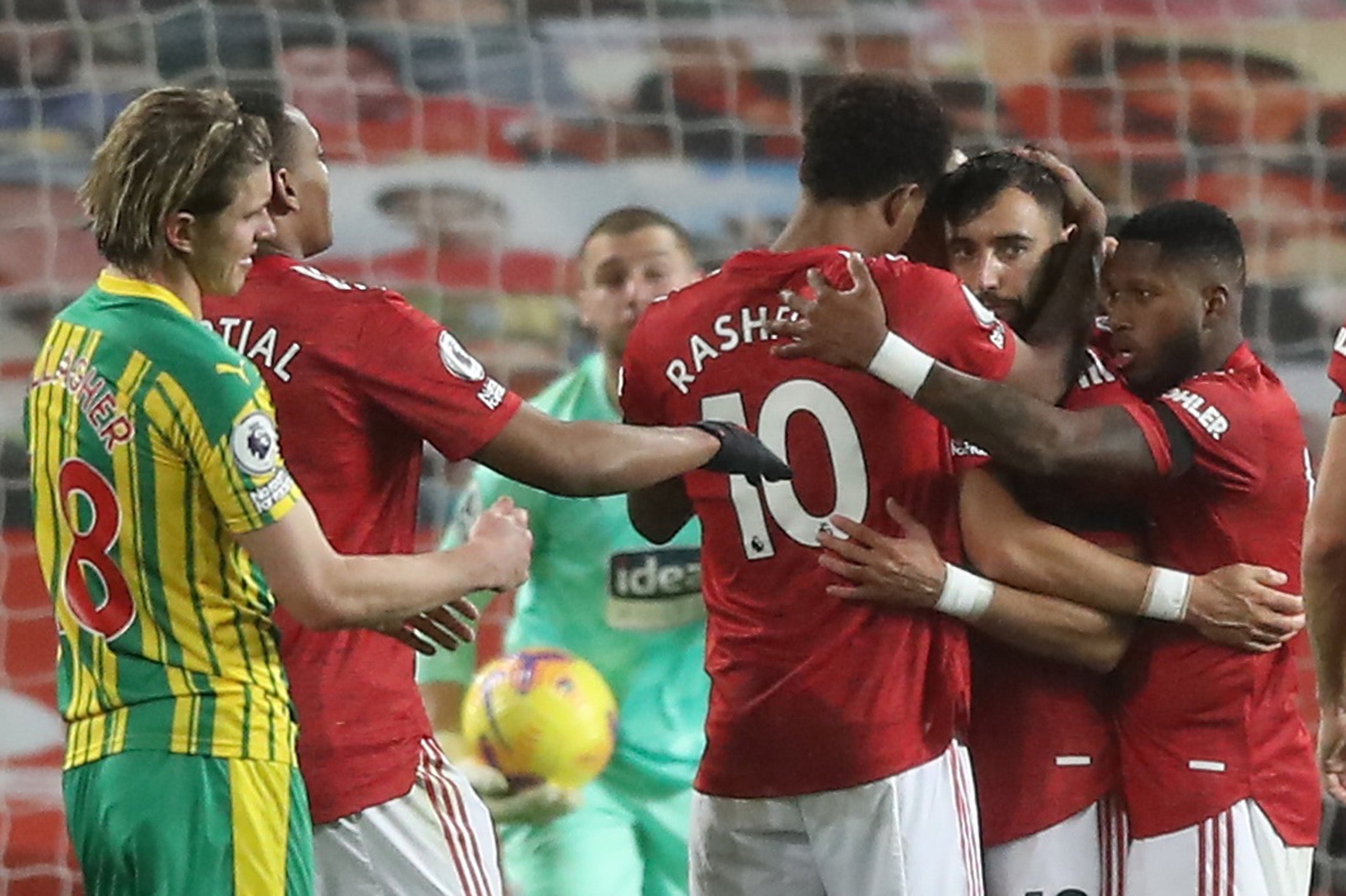 anchester United did just enough to secure their first home Premier League win of the season on Saturday – though West Brom will feel aggrieved by the nature of the result at Old Trafford.

Slaven Bilic’s Baggies had a penalty ruled out after referee David Coote overturned his decision following a VAR review of the pitchside monitor – and United’s winner came as a result of more controversy at the other end.

United were awarded a spot-kick after Juan Mata’s cross hit the arm of Darnell Furlong, and Coote pointed to the spot.

Bruno Fernandes saw his first penalty saved by the brilliant Sam Johnstone – an academy graduate of United – but the West Brom goalkeeper came well off his line to make the stop, with Coote ordering a retake which Fernandes buried at the second time of asking.

The result was an unconvincing one for United, but it could mark a turning point for Ole Gunnar Solskjaer given it is the Red Devils’ first League win at Old Trafford this season.

Banks offer to deliver cash to homes of vulnerable

Joe Biden Had a ‘Stutter as a Kid’: 25 Things You Don’t Know About Me

Gearing Up For a Big Launch Day? 5 Strategies to Execute It Stress-Free

‘Aubameyang has been atrocious, he brings nothing’ – Arsenal being let down by ‘big players’, says Merson