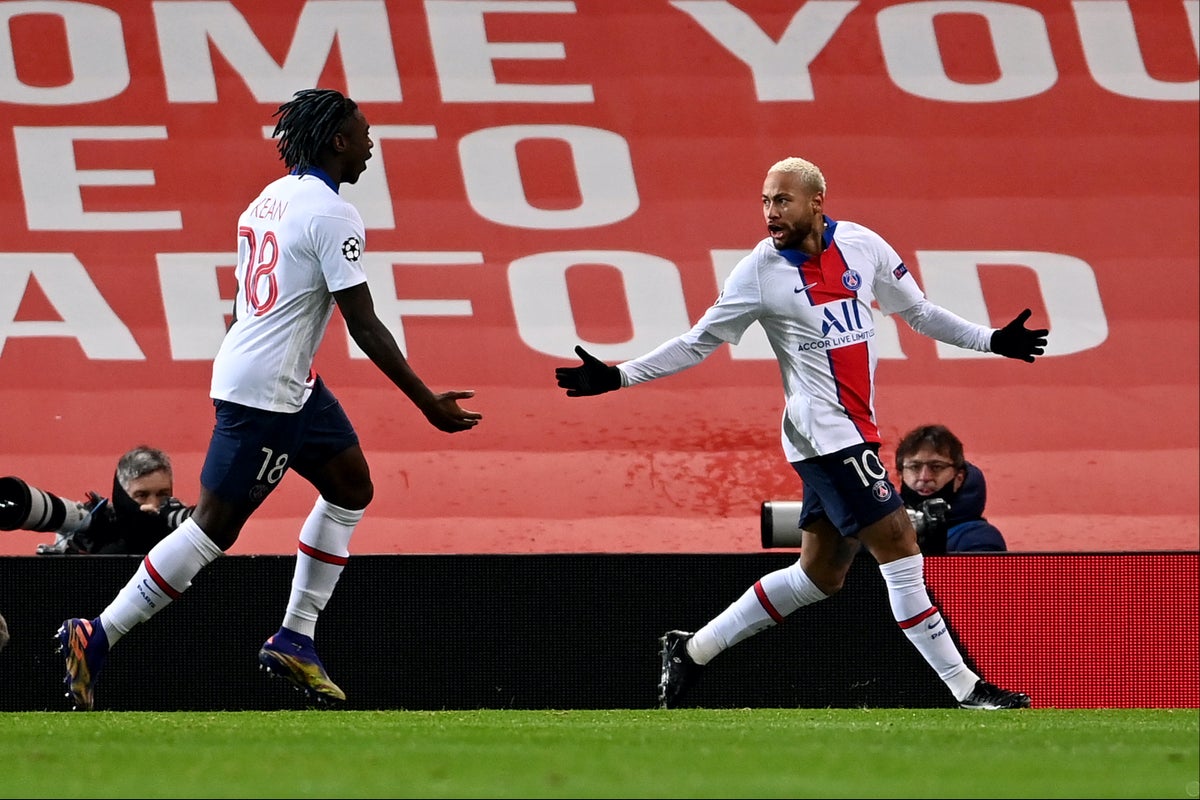 Ole Gunnar Solskjaer’s side then thrashed RB Leipzig 5-0 to leave themselves odds-on to reach the last 16, but only picked up three points from their double-header against Istanbul Basaksehir after losing in Turkey.

Wit kick-off at 8pm GMT, follow all the action at Old Trafford on our Champions League LIVE match blog.

Oh, how are United not ahead? It’s wonderful football from United, Cavani inside to Rashford, Rashford across the face for Martial and the Frenchman has somehow skied his effort miles over the bar.

47 mins: I’m a little surprised Fred wasn’t dragged at half-time to be honest, because he’s a walking red card, but Ole Gunnar Solskjaer’s kept faith with him.

We are back underway…

So as things stand, Manchester United are heading into the Champions League knockout stage, though they’d still need to avoid defeat against Leipzig on the final day to win the group.

There was a bit of afters between Scott McTominay and Neymar as the players were leaving the field after the whistle there. A fiery encounter so far.

45 mins: Half a chance right on the stroke of half-time as Bruno Fernandes is found in behind with a long ball over the top but he tries to cushion into the path of Cavani and gets it all wrong.

38 mins: One of these two is getting sent off, I promise you.

Fred and Paredes collide again in midfield, the PSG man winning ball and man with a thundering slide tackle, but Fred did leave a bit on him, standing on the top of his boot, and for a moment you feared for the Brazilian. As it is, Paredes joins him in the book.

He’ll be even angrier now!

Marcus Rashford’s low strike is on target but it’s never beating the ‘keeper until it takes a huge deflection off Danilo and finds the near corner. May even go down as an own goal.

27 mins: Well, United have gotten away with one there, no doubt. Thomas Tuchel is understandably fuming on the touchline.

Here’s Why This Dress Is a No. 1 New Release on Amazon

TODAY IN HISTORY: The diamond so expensive that no-one buys it