Manchester United could sign Eintracht Frankfurt striker Andre Silva in the summer if Edinson Cavani’s contract is not extended.

The Portuguese international has been in outstanding form this season, scoring 19 goals in 22 appearances for the German side – trailing only to Robert Lewandowski in the race for the Torjagerkanone.

Silva, 25, has two years remaining on his contract with the Bundesliga side, but it is believe Frankfurt could be open to a deal as they are looking to raise funds to buy back Real Madrid forward Luka Jovic. 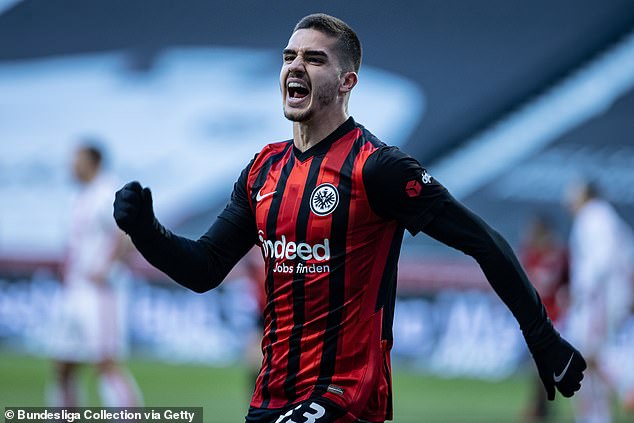 Silva had previously been linked with a move to the Premier League in 2017, but chose to join AC Milan for £32million instead.

After joining the Italian side he was shipped out on loan to both Sevilla and Frankfurt before committing his future to the latter.

Joining the Premier league has, however, continued to interest to Silva and it is believed Silva’s agent, Jorge Mendes, is in the process of orchestrating a deal between his current club and Manchester United. 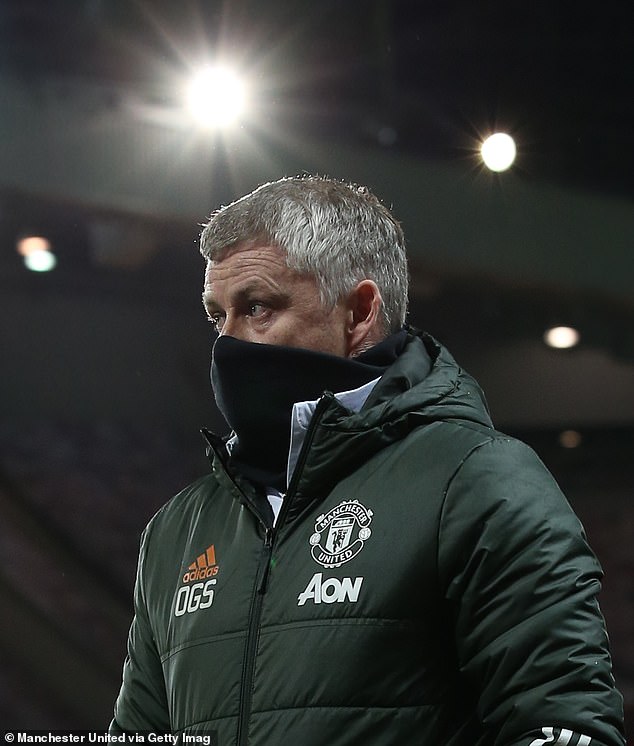 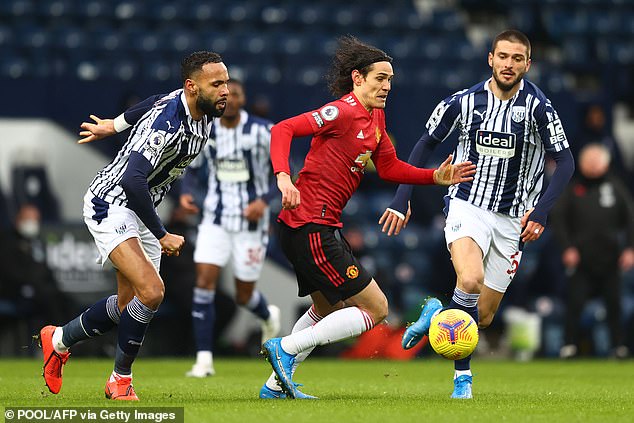 However, United will only sign him if Edinson Cavani’s contract (middle) is not extended

Frankfurt would only be interested in completing a deal with the Premier League giants if it will free up the funds to bring Jovic back to the club permanently.

Jovic left for Madrid in 2019 for £51m after scoring 36 goals over two seasons, but fell out of favour under Zinedine Zidane.  As a result, he return to Frankfurt on loan and could commit his future to the club if the Bundesliga side can afford Madrid’s price tag.

Frankfurt are said to be demanding £30m for their in form striker, but United’s decision will be based off what they decide to do with Cavani over the next few months.

United signed the 34-year-old striker on a one-year deal in October but have the option to extend his deal by a year. 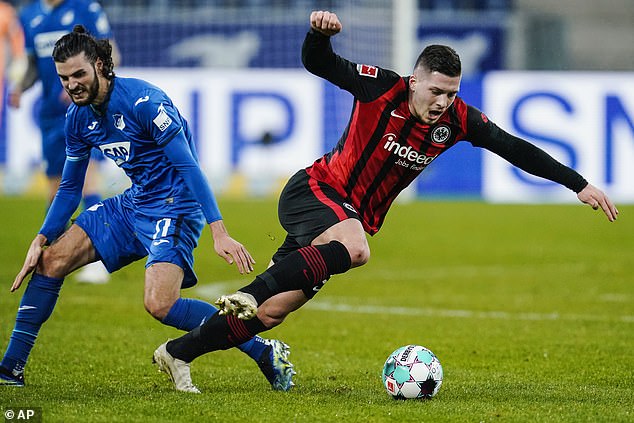 However, United may choose to replace Cavani with Silva as his statistics in the Bundesliga would rank him above the entire United first team for the number of shots taken per game – 3.7 per 90 minutes.

While is total number of completed dribbles and key passes would rank him sixth and seventh respectively.

Polack: I will only return if financial situation at Gor Mahia improves

Is your best friend toxic?