Manchester United have reportedly been watching Bayer Leverkusen defender Edmond Tapsoba after receiving a tip-off from a ‘well-respected figure’ in Germany.

The centre back has excelled in the Bundesliga with his calm and composed performances and his ability to bring the ball out of defence makes him a valuable asset.

According to The Daily Express, United were advised to scout the 22-year-old by club contacts in Germany with the Red Devils considering their options ahead of next season. 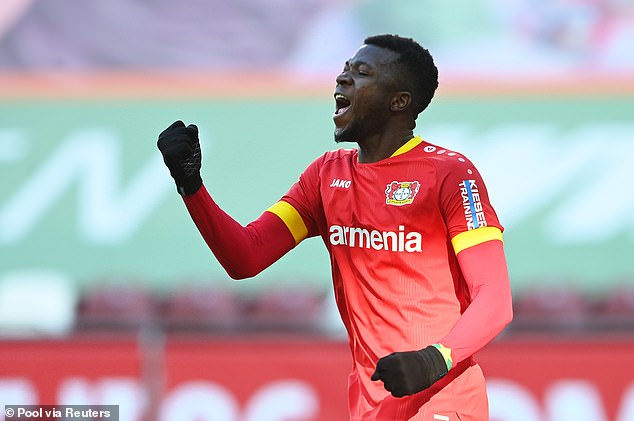 My Ex-Wife Stabbed People While Trying To Kill Me, Our Children—Fani-Kayode