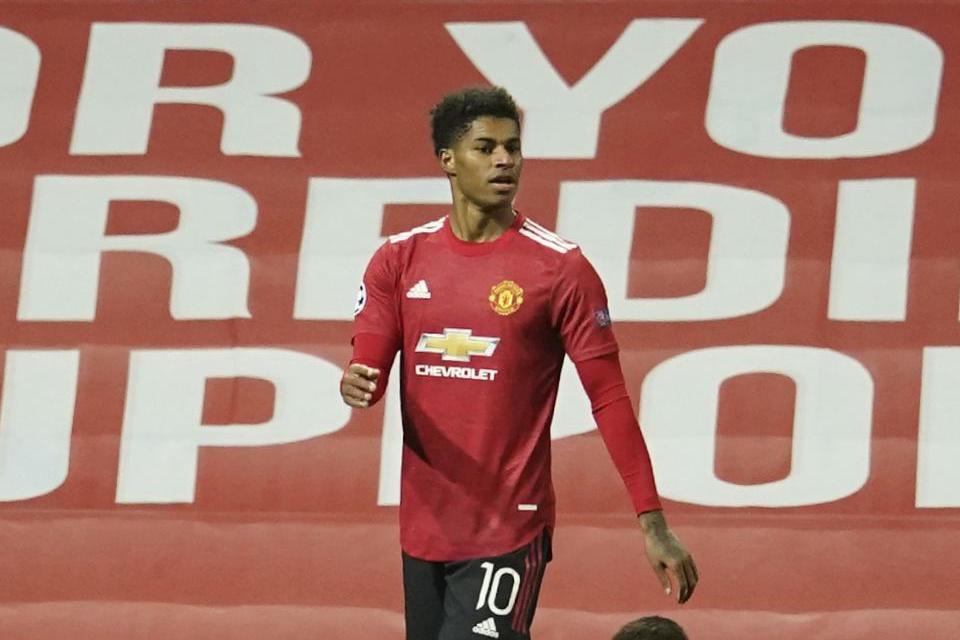 In an increasingly polarised society, footballers standing up for a cause are often told to shut up and “stick to sports”. Just ask Gary Lineker.

Well, Rashford proved on Wednesday that he can do his talking both on and off the pitch.

Hours after his petition to end child food poverty passed one million signatures, Rashford scored his first hat-trick for United in thrilling fashion.

Rashford’s timeline has dominated Twitter in recent days, with the England striker retweeting scores of eager restaurants, pubs and cafes who have pledged to feed children during the school holidays.

One could be forgiven for thinking Rashford was due a rest after all that philanthropic work, though not even Ole Gunnar Solskjaer is affable enough to drop one of his best players based on altruism alone.

United now have plenty of options in attack, so Rashford was afforded a breather against Leipzig – tough opponents who reached the Champions League semi-finals last season.

With United 1-0 up and the game finely poised, he was introduced 63 minutes into the contest – and along with Bruno Fernandes, he dazzled.

The 22-year-old showed maturity to finish off a fine Fernandes pass with 16 minutes remaining despite the offside flag going up, and playing to the whistle was rewarded as the goal was given following a VAR review.

That Rashford was in his own half when the ball was played spoke to the pace at which he attacked the game, and he soon had a second when he hammered home an effort four minutes later after fine footwork.

Rashford then showed his selfless side – again – when Anthony Martial, in desperate need of his first goal of the season, was allowed to convert the spot-kick he won while Fernandes and Rashford watched on.

Someone like Cristiano Ronaldo would have demanded the chance to complete their hat-tricks there and then, but Rashford was not to be denied as Martial then turned provider in injury time to seal a stunning treble.

The only regret was that United fans were not at Old Trafford to celebrate a momentous day with him.

Those last two goals also said a lot about Rashford; he wants to succeed, but he also knows when to help others in a difficult situation.

Needless to say, feeding hungry children during a pandemic will always be more important than scoring a few goals in an empty stadium.

But Marcus Rashford is part of a new generation of sports stars who will not be told to stick to the pitch, and – like Megan Rapinoe – hold the courage of their convictions as well as world-class talent.

Ten death row inmates in Oklahoma could get new trials