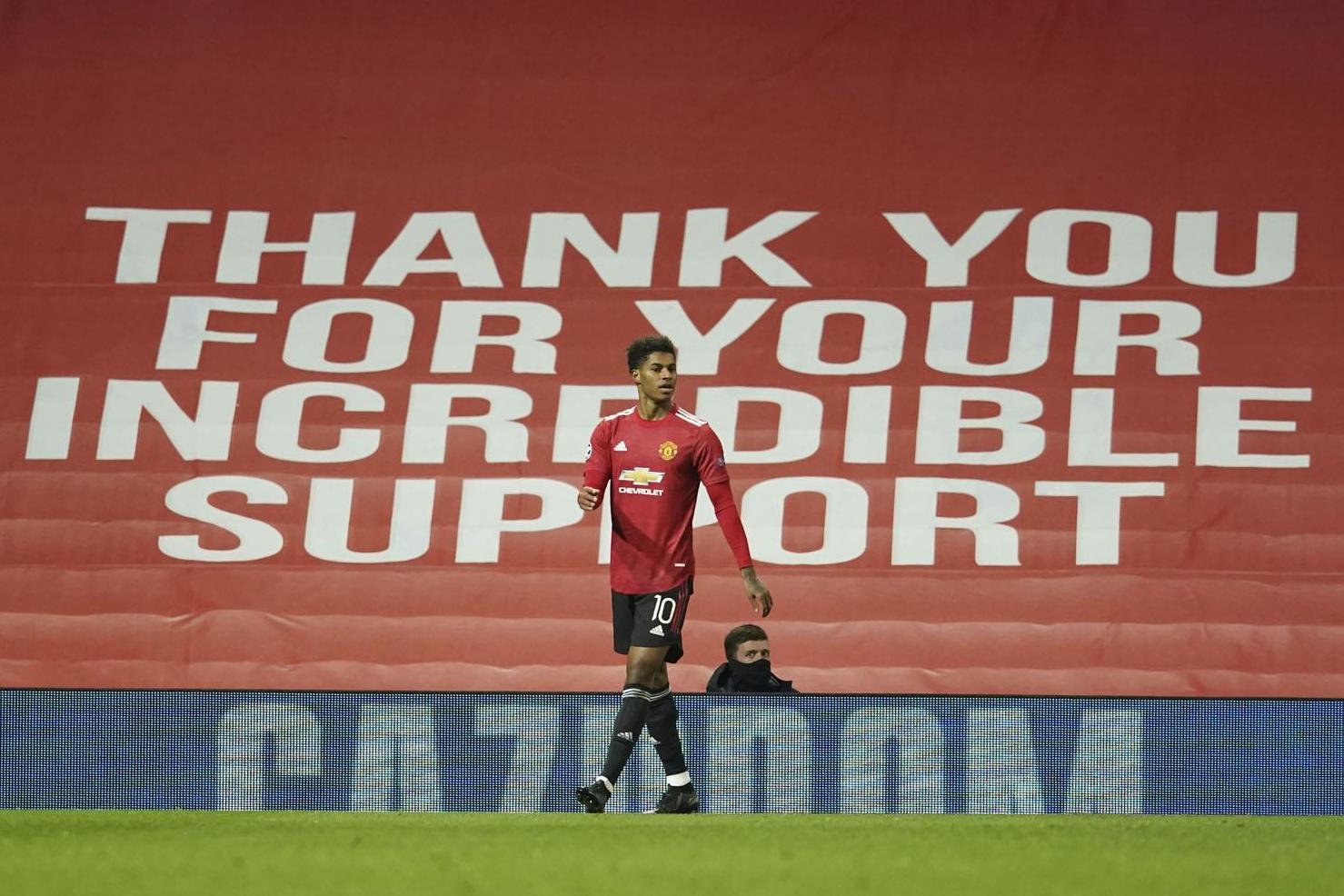 United, who started with Paul Pogba in the side and Rashford and Bruno Fernandes on the bench, took the lead in the 21st minute through Mason Greenwood, who delivered a clinical finish after being slipped through by Pogba.

Rashford came on for Greenwood in the 63rd minute and soon set about deciding the match, after the Germans had looked capable of causing United problems.

The England striker raced on to a long ball from Fernandes to make it 2-0 in the 74th minute, with the initial offside call being overturned on a VAR review.

Rashford made it 3-0 after Fred robbed Marcel Sabitzer and Anthony Martial added the fourth from the penalty spot.

The hat-trick, inside 29 minutes, was completed in stoppage time when Rashford blasted home after good work from Martial who cut in from the left.

Rashford’s form on the pitch follows his sterling work off it, having been handed an MBE for his work in helping to combat child food poverty during the summer – a fight he is still waging.

Former United centre-back Ferdinand, working as a BT Sport pundit for the game, said: “Wow. Marcus Rashford comes off the bench… he’s been on the front of the papers for all the right reasons and tomorrow he’ll be on the back of them. Him and Bruno Fernandes when they came on were magic.”

As for Scholes, he added: “He’s doing both now (on the pitch and off it). That was electric when he came on.”

The Greatest Kardashian-Jenner Halloween Costumes of All Time