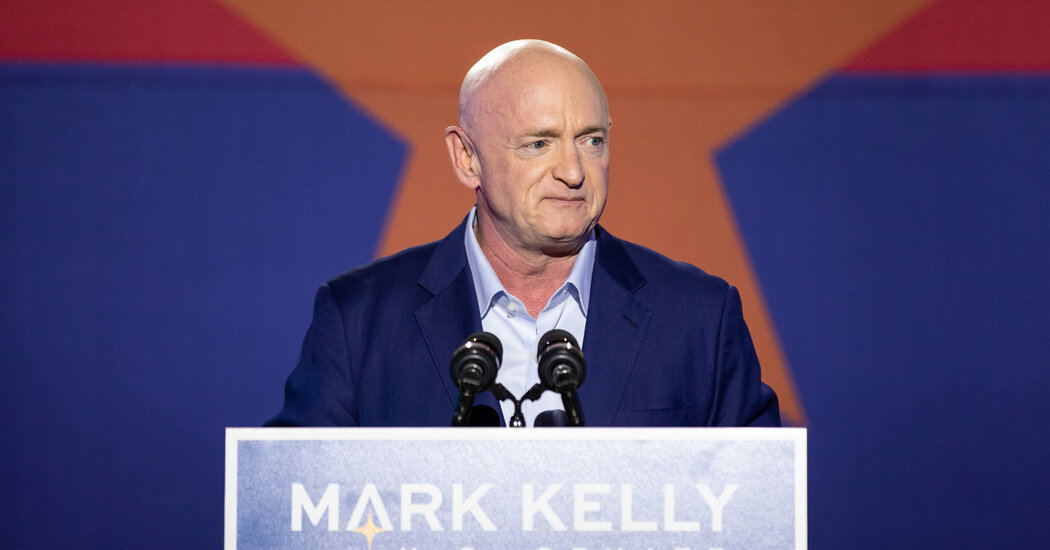 In Arizona, Mr. Kelly found the wind at his back, facing a weakened candidate in Republican Senator Martha McSally, and a rapidly changing state where women, younger voters and Latinos had become increasingly powerful parts of the electorate. Ms. McSally lost a Senate bid in 2018 after tying herself to President Trump, only to be appointed to a different seat and stick to the same playbook in 2020.

On the campaign trail, Mr. Kelly leaned hard into his biography as a former Navy captain and astronaut, adopting the mantra “full speed ahead.” He had a compelling surrogate in Ms. Giffords, who spoke in personal terms about his commitment to both his country and to her, gesturing in an advertisement to how he had “helped me through my darkest moments.”

Mr. Kelly quickly emerged as a fund-raising juggernaut, shattering records in state and nationally by tapping his own network and building a list of small dollar donors who were energized by Mr. Kelly’s dynamic biography and determined to wrest control of the Senate away from Republicans.

“As Mark likes to say, his wife Gabby was already the member of the family in Congress, but tragedy upended both their lives and changed so many of their plans,” Senator Chuck Schumer of New York, the minority leader, said Wednesday. “Everyone continues to be inspired by Gabby’s recovery, by Mark’s devotion, and the courage it took for their family to re-enter public life and public service.”

As a candidate, Mr. Kelly cut a largely cautious figure, pointedly staying away from issues tinged with controversy and keeping a laserlike focus on promoting bipartisanship and health care reform. He spoke openly and often about his admiration for Mr. McCain, a fellow naval aviator, citing the widely respected Arizonan as the blueprint for the type of lawmaker he would like to become.

He will work out of Mr. McCain’s old office, and on Tuesday, the day before being sworn in, Mr. Kelly and his family visited the senator’s grave at the U.S. Naval Academy Cemetery in Annapolis.

From piste to pub to pillow: an insider ski holiday guide to Zell am See