A police officer who bombarded up to a dozen women with shocking pornographic selfies and smutty messages has been barred from ever serving as an officer again.

Detective Constable Damien Cotgreave sent hundreds of obscene and graphic text messages to the women while on duty.

A disciplinary panel heard even bunked off work for two hours to visit one woman at her home and give her an intimate back massage under her clothes.

On other occasions he sent the unnamed women pornographic selfies of himself taken while he was on duty.

In one he took a lewd photo of himself in a crown court toilet while he was attending a drugs trial. 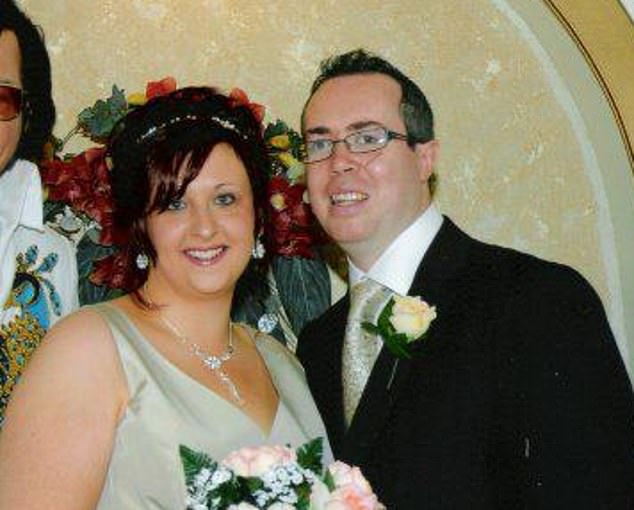 Detective Constable Damien Cotgreave has been barred from ever serving as a police officer again after bombarded up to a dozen women with shocking pornographic selfies and smutty messages.

Today 18 out of 20 charges of gross misconduct charges for behaviour between December 2019 to February 2020 were proven.

The officer could have been sacked by Sussex Police but the panel was told Mr Cotgreave had already resigned from the force. Instead they barred him from ever serving as an officer again.

He is the third officer from the same police station to face allegations of inappropriate sexual behaviour in the last month.

In December, charges of gross misconduct were proven against Sergeant Rob Adams after he put the face of a female colleague on a pornographic image of a naked woman.

The week before charges of gross misconduct were also proven after Detective Sergeant Paul Elrick was also found to have pinged a ruler across the bottom of a female colleague. 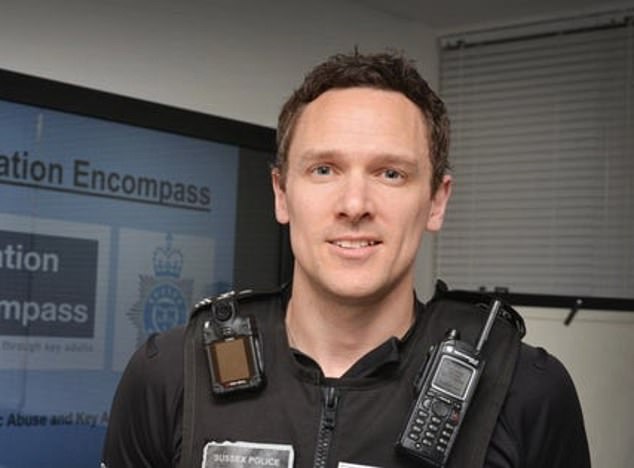 Cotgreave is the third officer from the same police station to face allegations of inappropriate sexual behaviour in the last month. Pictured: In December, gross misconduct charges were proven against Sergeant Rob Adams after he put the face of a female colleague on a pornographic image of a naked woman

The hearing was told DC Cotgreave joined Sussex Police in 2013 and was a respected officer working in a unit tackling organised crime and drugs based in Hastings police station.

Over a two month period the officer contacted 12 women – members of the public – on social media while on duty.

He often sexted them, asking about their sexual preferences and whether they enjoyed oral sex.

The married officer also sent explicit pornographic selfies to at least six women while on duty.

Louise Ravenscroft, representing the force, said his behaviour while on duty was a clear breach of his duties and responsibilities as a police officer and amounted to gross misconduct.

She said: ‘Mr Cotgreave clearly engaged in sexualised conversations and in sending sexual images and videos.’

She said that on January 24 last year while on duty the officer had left work to visit a woman at home. 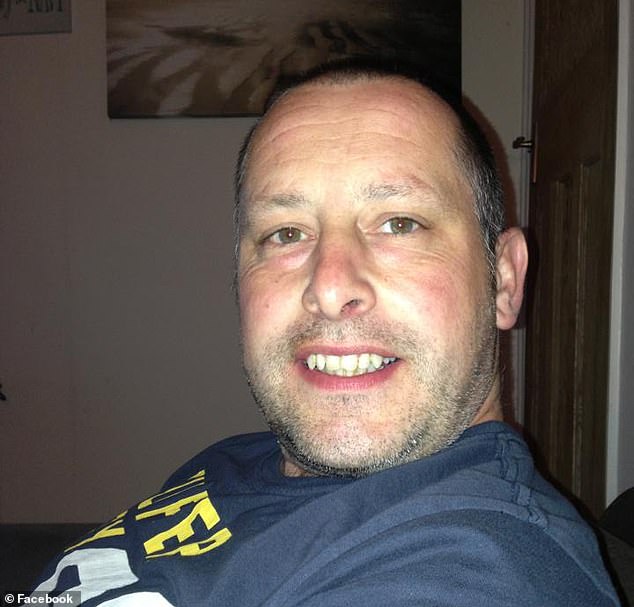 He replied: ‘We’re good friends. I was just stroking your back because I know it feels nice. You mean the world to me and I just want you to feel safe and secure in my arms.’

While on duty the detective also repeatedly texted one women who suffered from serious mental health problems.

Miss Ravenscroft said that during one exchange of messages between the pair it became clear the woman appeared to have taken an overdose.

But she said even though the woman tells the detective she had taken some pills he failed to act and summon help.

She told him: ‘I’ve taken more pills because I give no f***s. No-one can do anything. I don’t even trust the police anymore now.’

On another occasion the 45-year-old detective texted an 18-year-old woman and told her he was a police officer.

Knowing she was 18, he asked her how many sexual partners she had been and asked the age of the oldest she had been with or would want to be with.

On a separate occasion he sexted another women, who suffered from cerebral palsy, asking her about her sexual preferences.

Miss Ravenscroft said: ‘The officer specifically asks her sexualised questions regarding her sexual preferences and whether she would be interested in a particular sexual persuasion. There is an exchange of photographs and messages during this exchange.

‘It is quite clear from the behaviour that the conduct of Mr Cotgreave was sexually motivated, with members of the public and carried out while on duty.’

Barring him from ever serving as an officer again, Nicola Talbot-Hadley, chair of the panel, said that although no-one came to any harm as a result and the messages were exchanged between consenting adults his behaviour amounted to gross misconduct.

She said: ‘Any misconduct involving sexual impropriety undermines public trust in the profession and is particularly serious.’

Ex-con, 37, ‘kidnapped teen, 18, and her parents, forced them to withdraw cash then fled with girl’

REVEALED: The $1 exfoliating mitt that feels like it’s straight out of a luxurious Korean spa