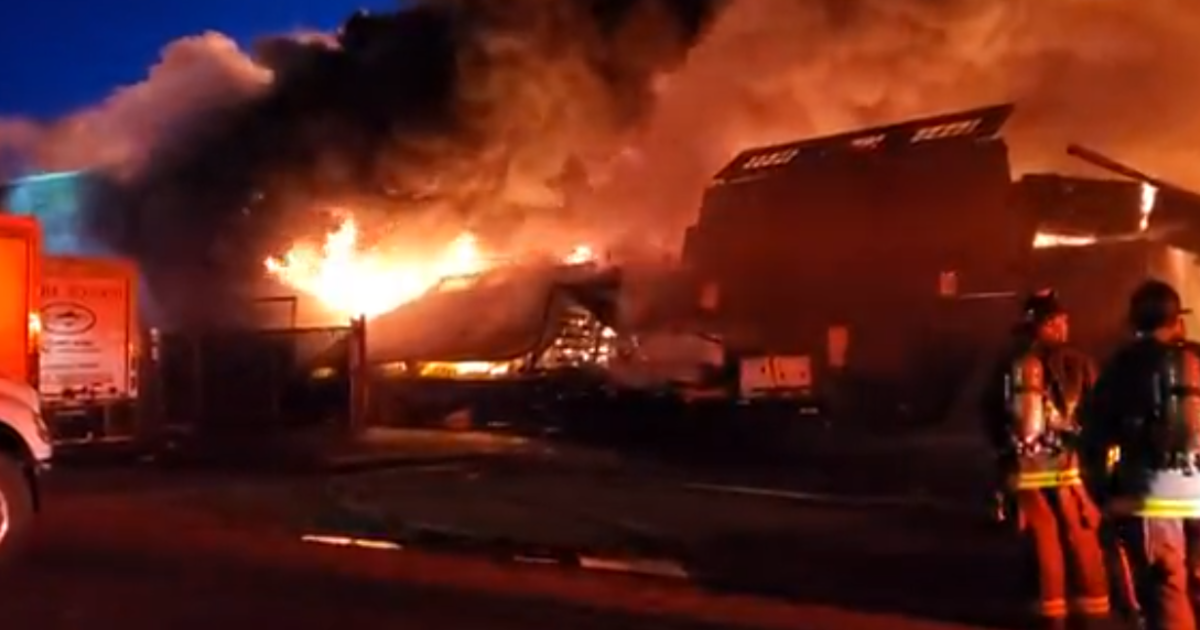 More than 100 firefighters responded to towering flames around 4 a.m. local time. Flames began to spread underneath the pier, and the structure began to collapse. Firefighters took a defensive approach, shutting down streets around the waterfront neighborhood.

CBS San Francisco reports the fire could be seen for miles, and a large plume of smoke covered much of the Bay.

San Francisco Fire spokesman Jonathan Baxter reported around 6:30 a.m. local time that the fire was “still active and four-alarm status,” according to the department’s public updates.

The warehouse is located next to the U.S. liberty ship SS Jeremiah O’Brien, one of several historic warships docked along side of the wharf.

“Firefighters were able to save the SS Jeremiah O’Brien Museum from the flames. The fire is no longer in danger of spreading and is contained to one area of the pier,” he said. “Multiple walls of the building have collapsed. No injuries have been reported and at least 130 firefighters are at the scene working to safely contain the fire.”

“When firefighters arrived, the flames were literally lapping over the Jeremiah O’Brien,” Baxter told CBS SF BayArea. “They literally saved the O’Brien.”

Firefighters had contained the fire to the pier by 7 a.m. local time, but said it would not be fully extinguished for hours.

World’s largest hailstone the size of a football

Virus will be an extinction event for many incumbent companies

30 habits that can cause aging

Aggressive Police Tactics During Protests Are Under Scrutiny

30 habits that can cause aging

Aggressive Police Tactics During Protests Are Under Scrutiny