Mesut Ozil has all-but confirmed his move to Fenerbache with a post on Twitter which suggests the transfer is close to being completed.

The midfielder is understood to have reached an agreement with Arsenal over the terms of terminating his £350,000-a-week contract by mutual consent.

Sportsmail revealed earlier this month that the 32-year-old was in talks to cut his deal short with Mikel Arteta continuing to omit him from the first-team squad. 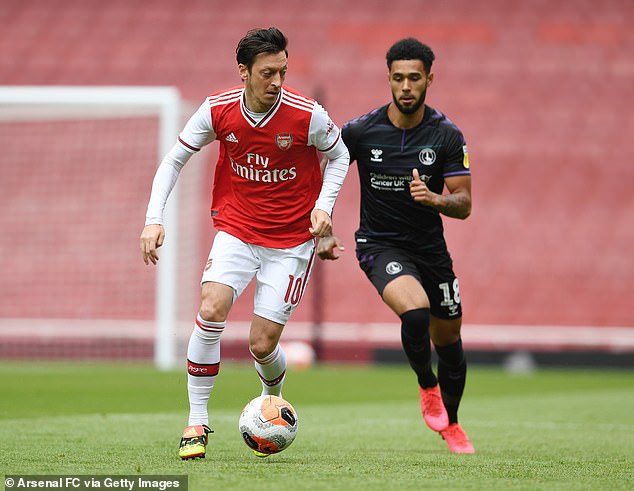 And Ozil has now hinted that he is edging towards joining his boyhood club.

Fenerbache posted a cryptic tweet on Saturday which translated to: ‘Come Let Us Be Night With Day.’

Ozil responded to the post with two blue and yellow heart emojis, which match the club’s colours, along with an hourglass symbol, indicating the announcement will be made soon. 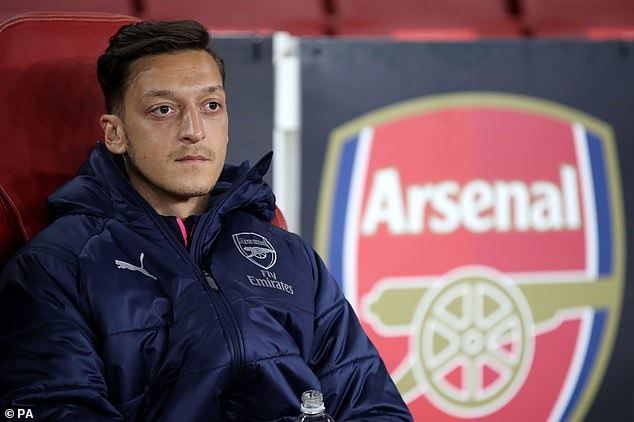 Earlier in the week, the midfielder spoke of his admiration for the club during a Twitter Q&A.

He teased fans by saying: ‘I grew up as a Fenerbahce fan as a kid in Germany – every German-Turkish person supports a Turkish team when they grow up in Germany.

‘And mine was Fenerbahce. Fenerbahce is like Real Madrid in Spain. The biggest club in the country.’

According to reports in Turkey from AFC Bell, Fenerbache’s president Ali Koc has a plane on standby and will fly the midfielder over to Turkey as soon as he sorts out his paperwork with Arsenal.

The same outlet claim the club are planning a party for his announcement, which will be broadcast live on television, radio and social media platforms.

The signing could be announced as early as Sunday and would bring Ozil’s eight-year spell at the Emirates to an end.

Koc said on Tuesday that progress was being made, and sporting director Emre added that the ‘dream’ move was getting closer.

‘I look very positively on behalf of the community and the president, but I do not see it easily. We have plans of our own,’ Emre told reporters.

‘Mesut also has a contract with his club. He is a superstar. We are talking about a player who contributed to a goal in every other game at every club he has played for. I would be very pleased if Fenerbahce could have such a player.

‘We had a meeting with him and his manager. Mesut is closer than ever. The fact that Mesut had this childhood dream and Fenerbahce had the dream has made this step so close for the first time.’

Emre underlined that if Ozil does sign, the contract would not disrupt the club’s existing wage structure. 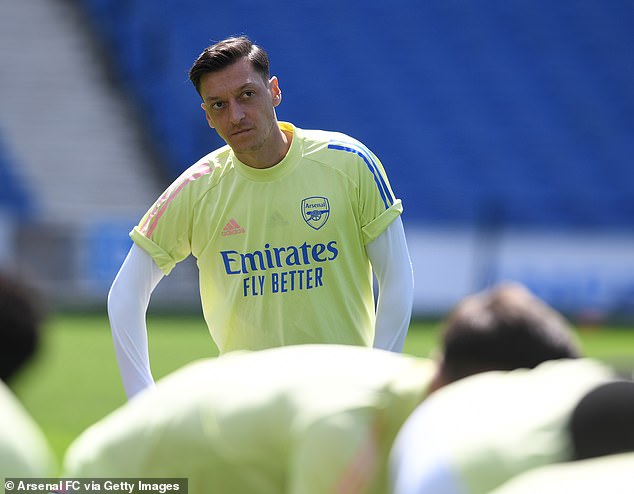 He said: ‘After the meeting process with Mesut’s club is over, we will hold meetings between ourselves. If Mesut agrees with his club on the terms we want, it won’t stretch our financial limits this year.’

The Athletic claim Ozil was set to earn around £7million at the Emirates Stadium between now and the end of the current campaign, but an early termination has now been agreed.

Ozil has not featured for the Gunners in more than 10 months, with his last appearance coming in March’s 1-0 win against West Ham when he assisted Alexandre Lacazette.

Leicester 1-3 Arsenal: Player ratings as Gunners come from behind to stun Foxes

How England’s golden generation have fared as managers & coaches

The 10 most consulted diseases during 2020

Woman trafficked across county lines from the age of 11 reveals she was raped by more than 1,000 men

Some Insurance principles that may impact you – Mint