A group of petrolheads who call themselves the Mexican Hoon Cartel have posted footage of themselves recklessly swerving down freeways at high speeds.

The Gold Coast ‘cartel’ uploaded an infuriating clip to YouTube on Sunday showing drivers veering diagonally across the multi-lane M1 highway in the dark.

Set to the tune of El Jarabe Tapatío, also known as the Mexican Hat Dance, the video also showed drivers dangerously careening at more than 100km/h. 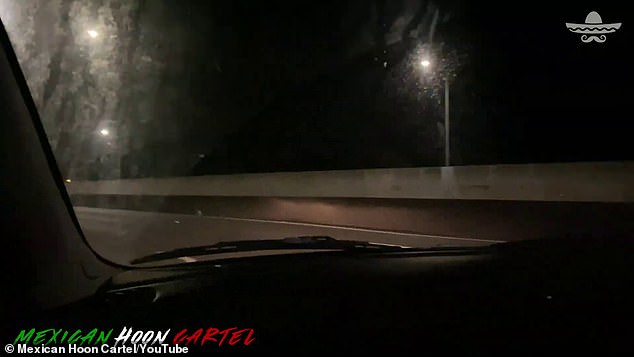 Pictured: A video showing a car veering diagonally across lanes on the M1 near the Gold Coast

‘[sic] Yew love ya work boyz, Any chance of getting some pedals and steering cams in the next vid? That’d be dope,’ one viewer wrote.

‘Casually doing 100… Love it,’ another commented.

The group also boasted about the video to a local crime watch Facebook group, which was quick to report it to 13HOON – a hotline for residents to report reckless driving.

Fans then mocked the crime watch group moderator who realised the cartel was bragging about unlawful driving by its own members. 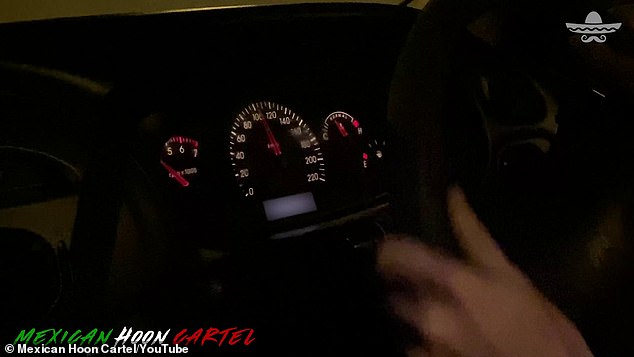 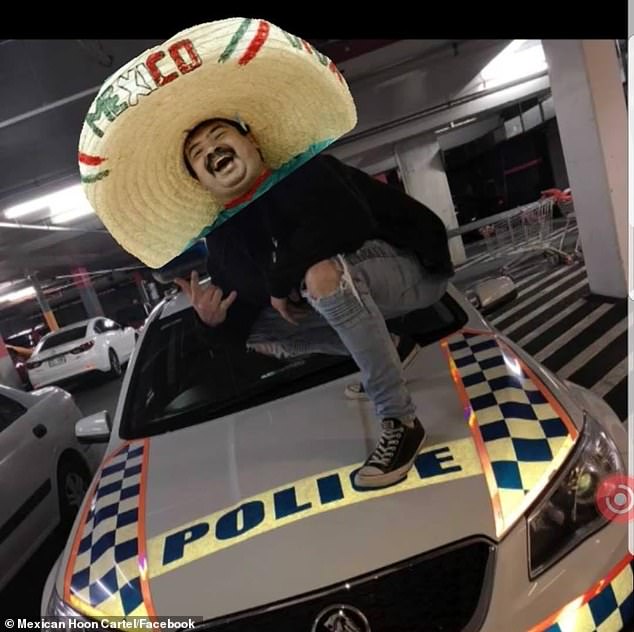 Pctured: A ‘cartel’ member wearing a sombrero while posing on top of a police car in Queensland 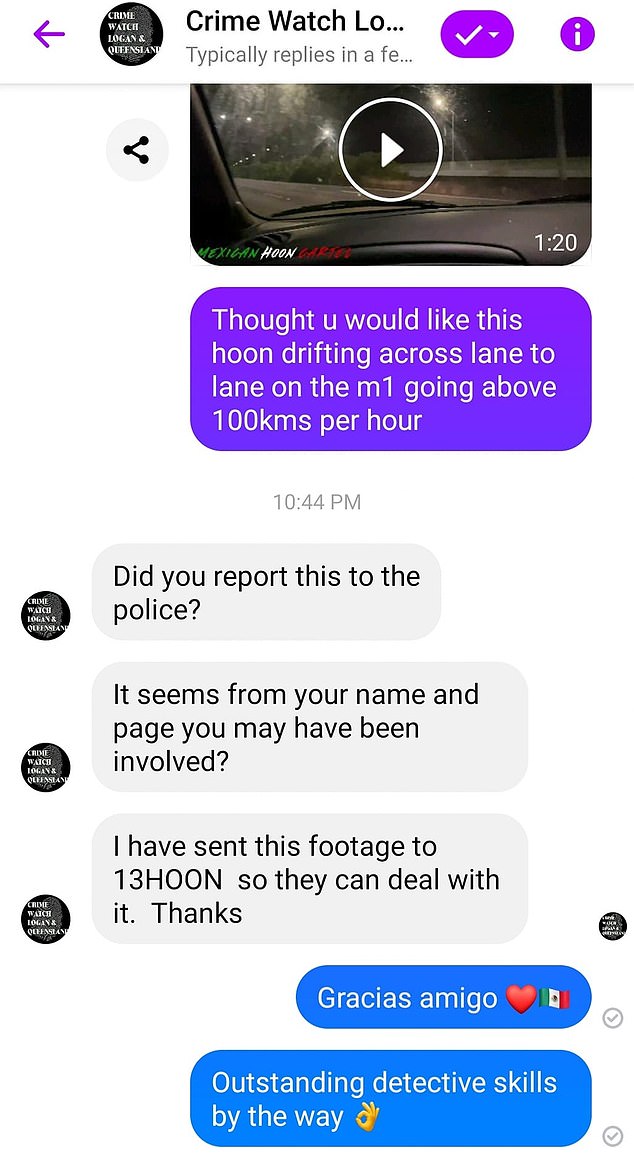 ‘It seems from your name and page that you may have been involved?’ the moderator asked.

The cartel is known for share boastful videos on social media which show members doing burnouts and performing other reckless manoeuvres city roads.

All footage is watermarked with the cartel’s sombrero and mustache logo.

Clips uploaded to YouTube over the past six months have labelled the local LNP member Ros Bates as ‘public enemy number one’ for her ongoing mission to eradicate hooning. 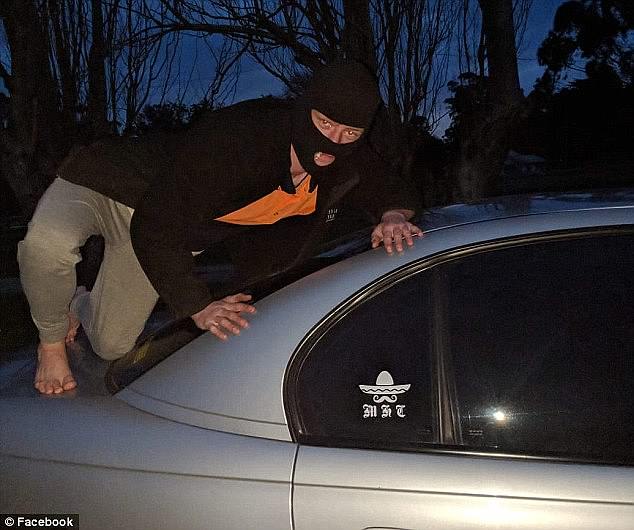 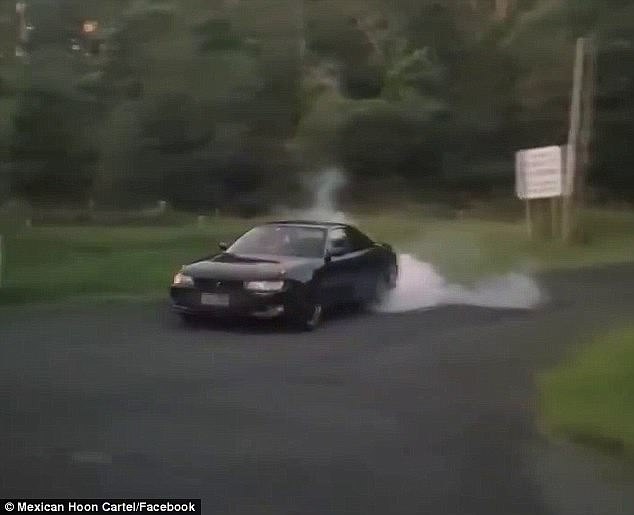 In a statement to Parliament in December, Ms Bates accused the group of ‘stalking and harassing’ her during her election campaign in October.

To the cartel, she said: ‘We don’t want you here and now I have a mandate to fight for the tough laws we need to dismantle these criminal hoon cartels.’

The group doctored images of Ms Bates to show her wearing sombreros, while her campaign paraphernalia was defaced to show the parliamentarian with a black mustache and goatee.

In June, the rev-heads told the Queensland government they want tax payer-funded concrete skid pad that does not charge entry fees.

The group said 90 per cent of members would stop drifting – where a driver spins the rear wheels while taking a corner – on suburban roads if a designated location was available.

‘Would you rather us cause havoc on public streets like we have been doing for years?’ a cartel member previously told the Gold Coast Bulletin. 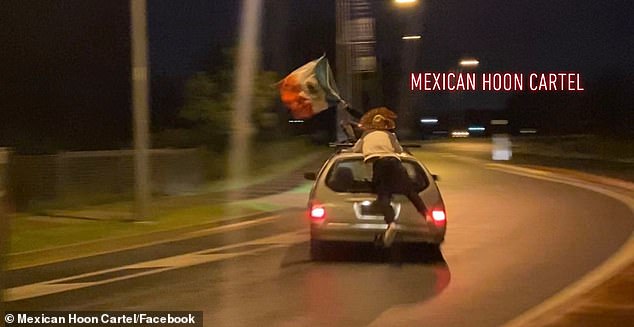 In June, the rev-heads told the Queensland government they want tax payer-funded concrete skid pad that does not charge entry fees. Pictured: Cartel members on top of a moving car 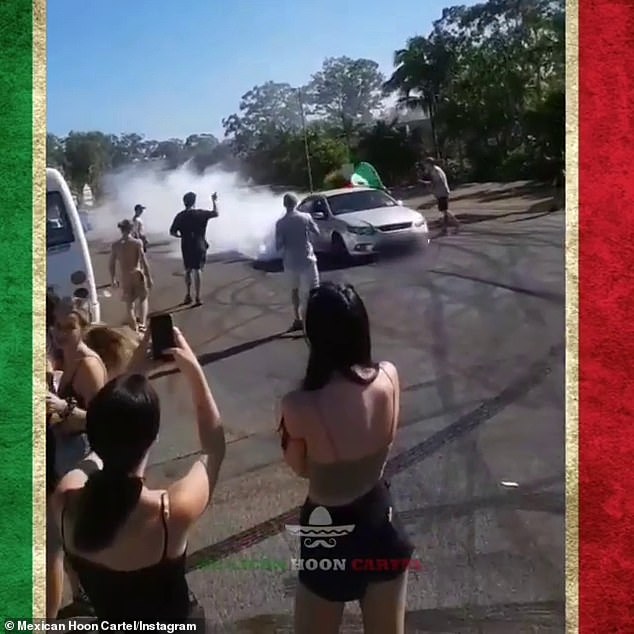 The ‘cartel’ leader said they would not stop drifting illegally until the state government gives them what they want.

‘All we want is an easy access affordable drift/burnout venue so we can safely perform our passions and not feel like we are just gold mines for police state revenue,’ the gang member said.

One member of the group said they believed their actions weren’t dangerous as they haven’t hurt or killed anyone.

‘It’s only dangerous if people don’t know what they’re doing. The average person wouldn’t have a clue what to do if their car went sideways,’ the cartel member said.

Members call each other ‘sicarios’ which is Spanish for ‘hit men’.

‘I Tried So Hard To Bring Him Back’: Woman Who Tried To Save Kenosha Shooting Victim