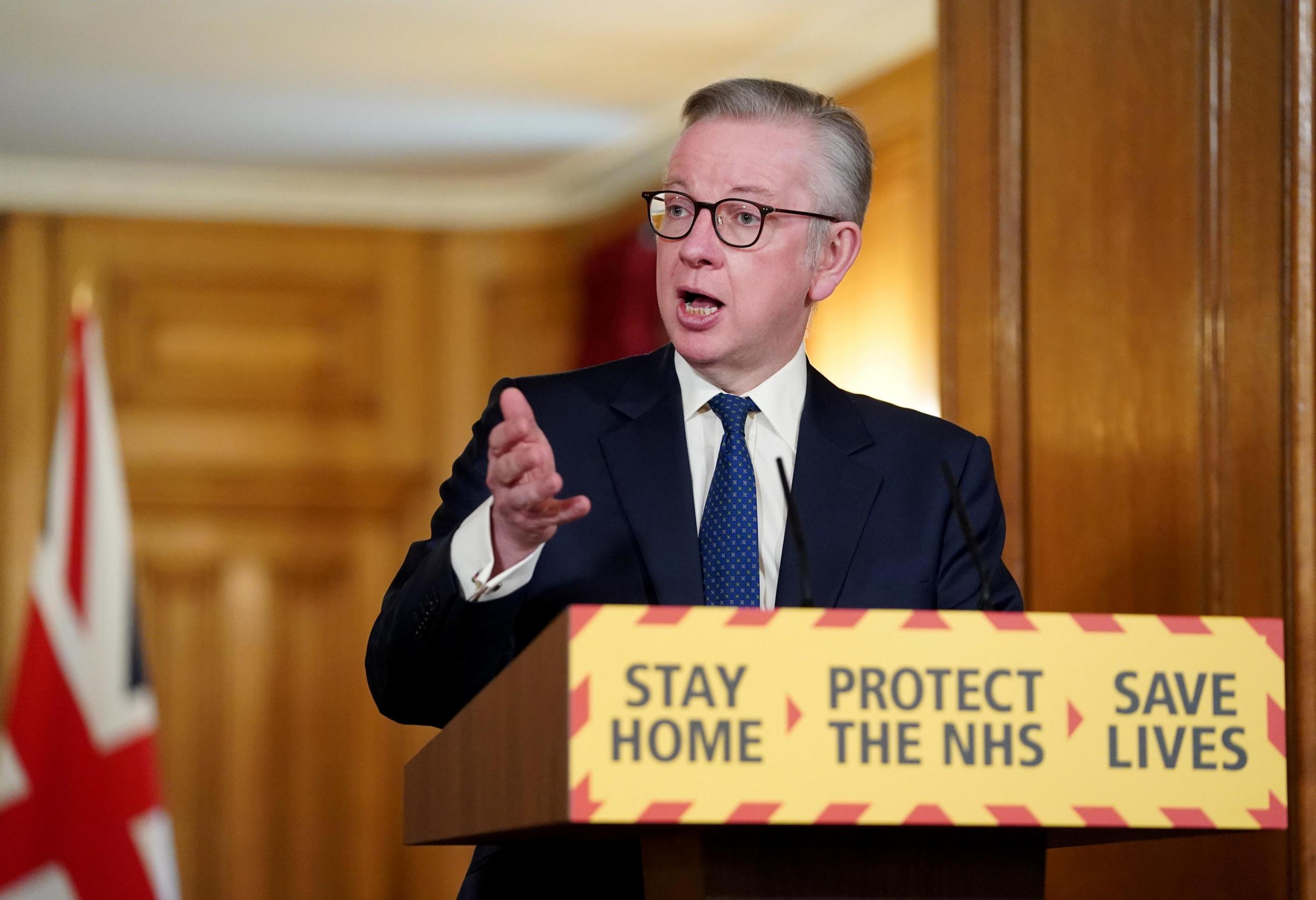 ospitals in England could be overwhelmed with Covid cases if MPs do not support the new tier system,  Cabinet Office minister Michael Gove has warned.

The government faces a potential rebellion from some of its own MPs opposed to the system which starts on December 2, but Mr Gove said MPs need to “take responsibility” for tough decisions.

Some MPs argue the tiers are too broad and have demanded a more localised system. The chairman of the backbench Conservative 1922 Committee, Sir Graham Brady, is among critics of the restrictions, accusing the Government of infringing people’s “fundamental human rights”.

But writing in The Times, Mr Gove said the new system was needed to slow the spread of the virus which otherwise could leave hospitals “physically overwhelmed”.

He wrote: “The tiers we had in place before the lockdown had not suppressed [Covid] sufficiently: they were neither strong enough to reduce social contact sufficiently, nor applied widely enough to contain the virus’s spread”.

Labour is yet to decide whether it will support the new restrictions and has warned areas in tier three need more financial support.

The introduction of the three tier system will see almost all of the country in the highest two tiers which include tight restrictions on bars and restaurants and households mixing indoors.

It comes as the number of people in hospital with Covid-19 in four NHS regions of England reached higher totals this month than during the first peak, with figures in both the South West and North East and Yorkshire still above those seen in the spring.

Meanwhile, it emerged that scientists advising the Government said that any relaxation of restrictions over Christmas will result in a “large” rise in coronavirus transmission rates and prevalence “could easily double”.

In a set of documents released on Friday, the Scientific Advisory Group for Emergencies (Sage) said “substantial mixing” of people over a short period of time represents a “significant risk for widespread transmission”.

The scientists made their warning in a meeting on November 18 – a few days before the Government announced that there would be a limited relaxation of restrictions at Christmas.

They said: “The prevalence could easily double during a few days of festive season, with further multiplicative increases as new infections go back to their ‘routine’ networks.”

Mr Johnson confirmed earlier this week that three households will be able to mix from December 23 to 27, but he told families they must make a “personal judgment” about the risks to vulnerable loved ones when forming a Christmas bubble.

Chelsea vs Tottenham Preview: How to Watch on TV, Live Stream, Kick Off Time & Team News

Your opportunity to invest in Health, Wealth and Life cover, under one single plan – Economic Times