Mikel Arteta’s ‘process’ took another hit as Arsenal went crashing out of the FA Cup, with the Spaniard admitting Southampton taught his side a ‘lesson’ on Saturday.

The cup holders were booted out by a disciplined Saints display, after Gabriel deflected the ball under goalkeeper Bernd Leno and into his own net after 24 minutes.

The Gunners had built momentum with five wins from six games before the St Mary’s clash, but Arteta was left frustrated by the manner of their FA Cup ejection. 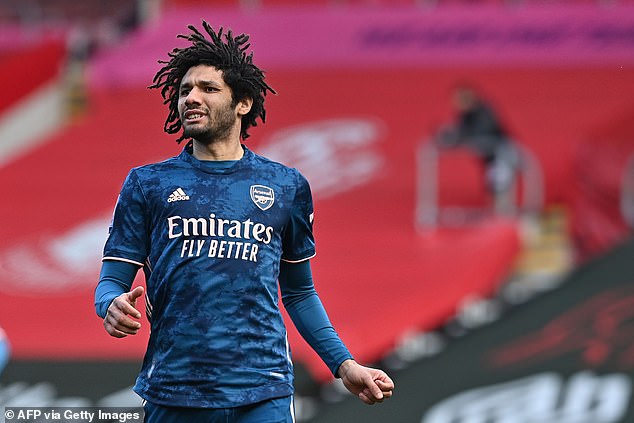 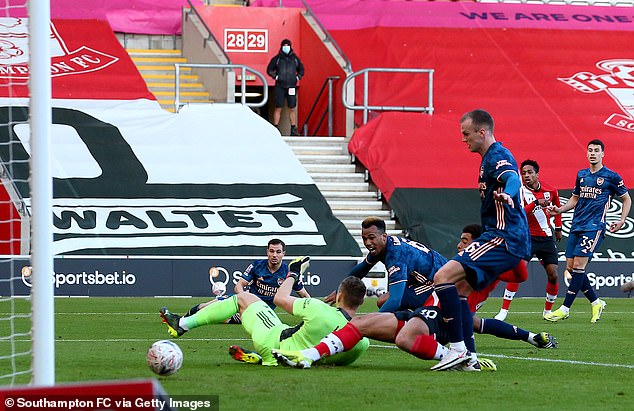 The Gunners fell to Gabriel’s own-goal, deflecting Kyle Walker-Peters’ cross into his own net 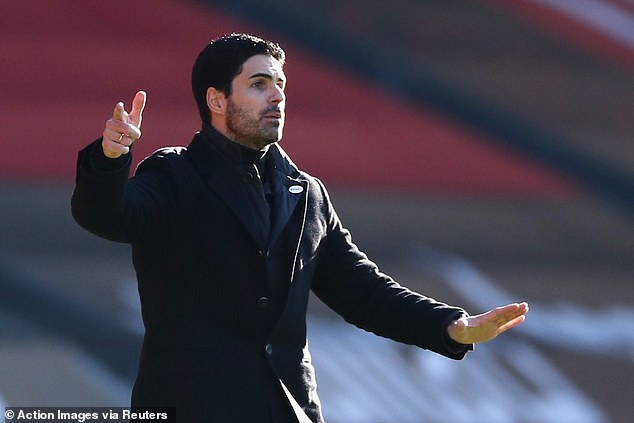 ‘We’re really sad to be out of the competition and disappointed about the way we lost the game, conceding from an area in which we cannot give the ball away,’ Arteta said.

‘We had some issues controlling the game in the first-half and some unforced errors. We didn’t hit the target. Two or three big chances in the second half but not enough to win the game.

‘The way we conceded the goal is completely our own fault. We have to compete in this game or you know you’re out. We have to do that better, it is a lesson. 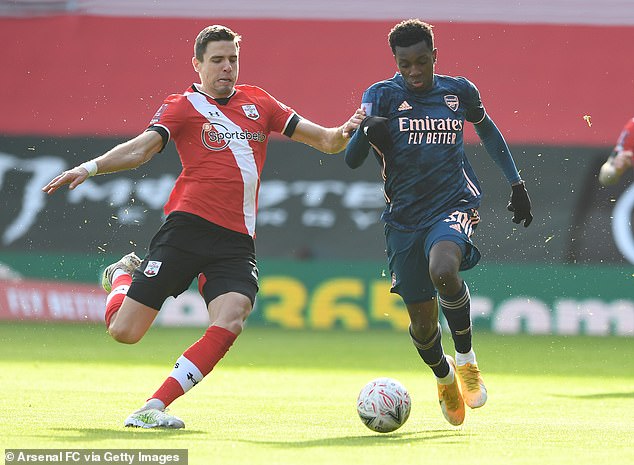 ‘They all tried so hard, it was a really intense game. Southampton play really aggressive. I hope we can use that to be more prepared for Tuesday.

‘We are looking in the market to see what else we can do. We moved some players, we are short in one or two positions.’

Why international stocks could outperform U.S. markets this year