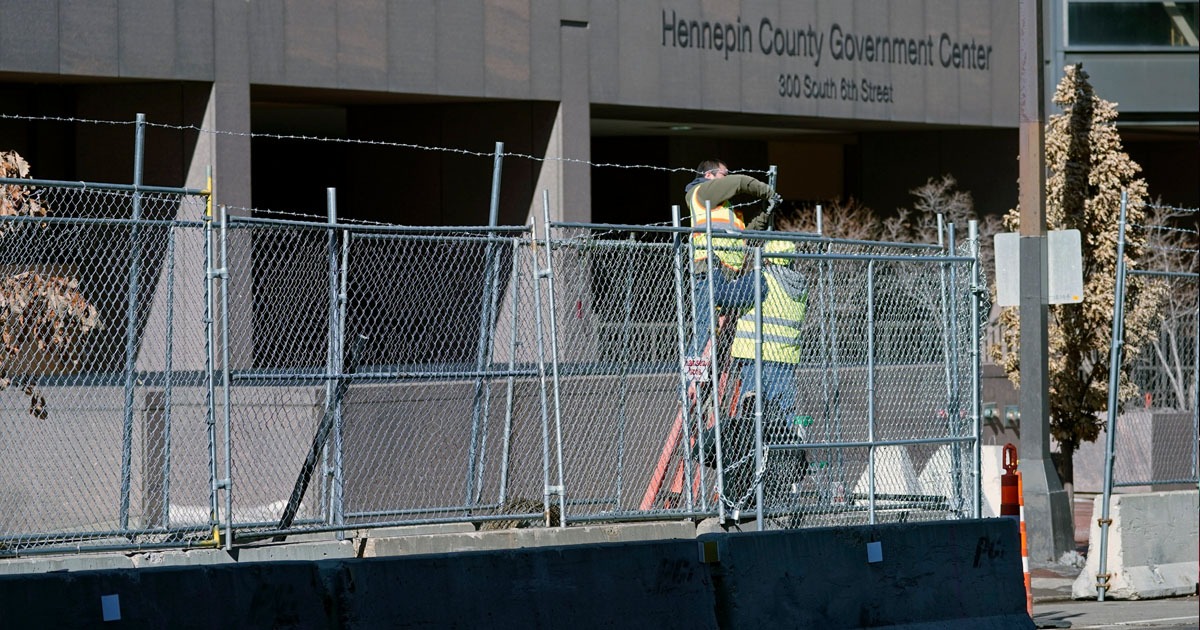 The Minneapolis courthouse where a police officer will be charged for murder in the death of convicted felon George Floyd has been beefed up with security measures that approach the fortification levels of the Joe Biden White House and Capitol buildings.

The measure comes as local authorities anticipate violent Black lives Matter riots like those that ravaged the country in the summer of 2020.

Minneapolis installed barbed wire and concrete barriers around the courthouse where the ex-cop charged for killing #GeorgeFloyd will go on trial.

Over 3,000 National Guards troops and riot police are also expected to be deployed to the surrounding area, and nearby jails as well as Minneapolis City Hall have received similar fortification measures.

Derek Chauvin stands accused of first-degree murder in the death of Floyd, who cried “I can’t breathe” while being arrested for passing counterfeit bills while under the influence of a potentially fatal dose of fentanyl.

President Donald Trump sought to bring peace to American streets by invoking the Insurrection Act against roving mobs of George Floyd rioters, but was blocked from doing so multiple times in 2020 by anti-Trump activist Attorney General Bill Barr:

Earlier in the year, Barr reportedly undermined the President’s desire to use the military to quell mass looting and rioting by Black Lives Matter and Antifa militants that ravaged myriad American cities throughout the summer.

President Trump wanted to invoke the Insurrection Act and make a show of strength which would force the looters off American streets in August, but Barr pushed back against the idea with help from Joint Chiefs of Staff chairman Mark Milley and Defense Secretary Mark Esper.

An exasperated Trump reportedly banged his hand on the Resolute Desk and stated, “No one gives me any f**king support!”

Jury selection for the George Floyd trial is slated to begin on March 8. It remains to be seen whether thugs will begin taking to the streets to assault people and destroy property in an attempt to influence the results.

Coronavirus: Germany’s brain blood clots after AstraZeneca vaccination not seen in other nations