A mother-of-seven hanged herself in the family home on her daughter’s birthday after a hidden battle with depression, a coroner has been told.

Louise Giles, 41, appeared to be a happy, bubbly mother with no worries but had secretly visited her doctor just days before her suicide and had been told she had depression.

She did not tell anyone of the diagnosis and hung herself at home in Reading when her husband and children were all at work or in school. 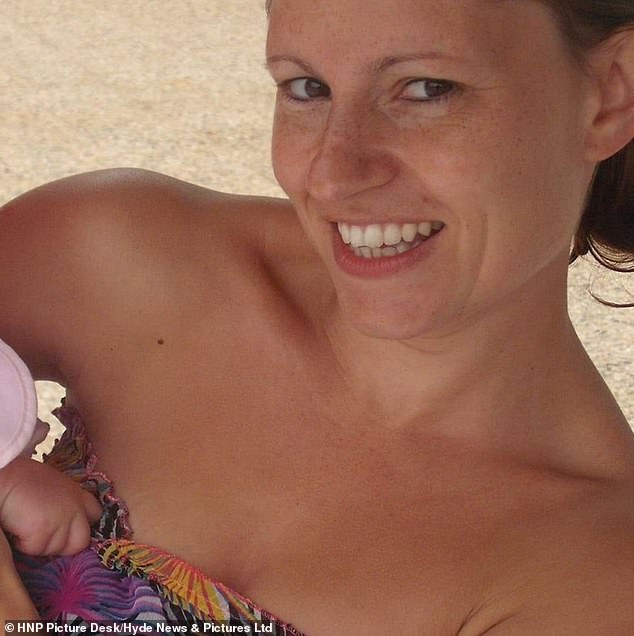 Louise Giles, 41, hanged herself in the family home in Tilehurst, Reading on her daughter’s birthday after a secret battle with depression

Her family devastatingly discovered this diagnosis at the inquest into her death that reached a verdict of suicide.

Watching the inquest at the Berkshire Coroner’s Court in Reading were three of her children alongside husband David Giles and mother Liz Towner.

They were shocked to hear that Louise had secretly visited the GP a week before her death and had been diagnosed with depression.

Mr Giles said: ‘We did not know about the disorder, we did not know anything about her going to see the GP. All the neighbours, friends and members of the family thought she was normal. 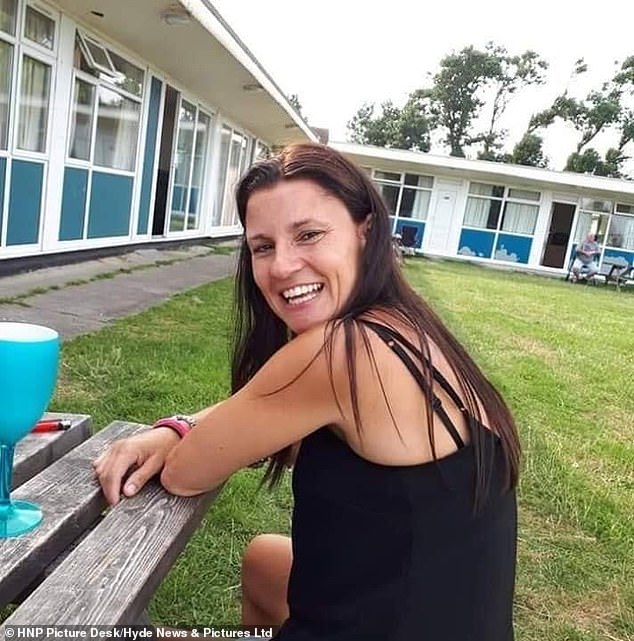 The mother-of-seven appeared to be a happy, bubbly mother with no worries but had visited her doctor just days before her suicide and had been told she had depression

‘We went ice skating on the Sunday before her death, I saw no difference in her at all. I was with her all the time, the only time I was ever absent was when I was at work. We spent every evening together and the weekends.’

The hearing was told that it was a regular Thursday morning for the Giles family when husband David took his young children to school before heading off to work, wishing his wife Louise a good day.

However, after dozens of missed calls from different family members, the husband became concerned and asked neighbour, Ashley Harris, to check on Louise and he found her body.

After her body was discovered, members of her devastated family including her daughter who’s birthday it was, arrived outside the home, desperate to say their goodbyes.

Neighbours and extended family began to arrive and in the end there were 30 to 40 people outside the home on Carron Close, Tilehurst, Reading, Berkshire.

Pathologist Fawaz Musa confirmed that Louise died from hanging on January 30 this year and she was declared dead at 10.05am.

Police downloaded data from her mobile phone and found numerous Google searches relating to suicide made before her tragic death. 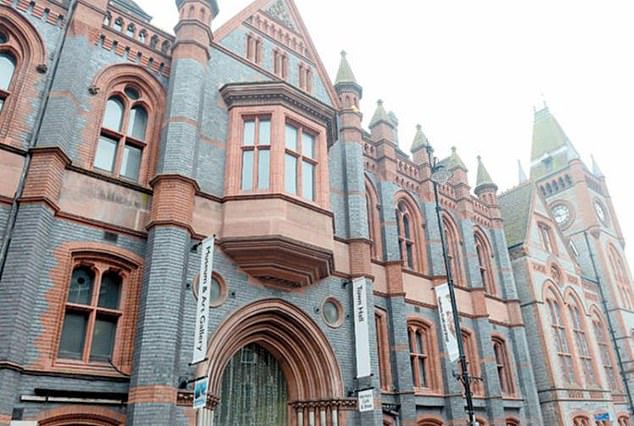 In a statement, the family said: ‘Louise Giles was a caring and loving wife, mother, daughter and nanny. She always had a smile on her face and her seven children love her so much.’

Writing a tribute online, heartbroken mother Liz Towner wrote: ‘What a wonderful woman you were, now is the hardest thing of all us all having to live without you here. Never ever be the same again, I hope you are at peace my angel.

‘What a beautiful woman inside and out. You should be here with us, I can’t believe this is happening. We are all gutted and heartbroken, it’s not right for you to go so soon. We are all going to miss you for the rest of our days.’

On his birthday, husband David started a fundraiser on Facebook for National Suicide Prevention Lifeline, raising £640.