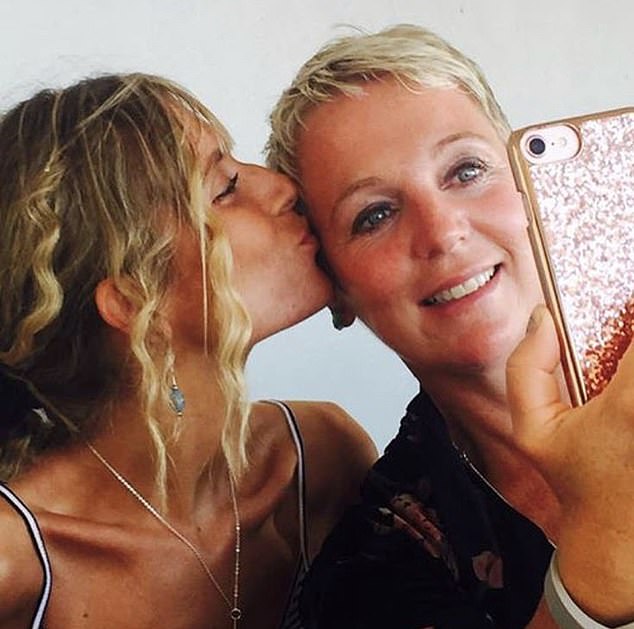 Watching her daughter Molly win The Voice in 2019 was a hugely emotional moment for Sarah Hocking. They reveal here how behind the cheers and confetti lay a heart-wrenching story of pain and perseverance

Call it maternal instinct but, as I stood in the audience of The Voice in April 2019, as Emma Willis prepared to announce the winner, I just knew it was going to be Molly. Finally, she was going to have the recognition she’d fought so hard for. Watching her jump with joy as confetti rained down on her, I felt every emotion. Only a few people knew what a journey Molly had been on.

There are those who will look at her and imagine success came easily. That couldn’t be further from the truth. Molly had battled mental health problems, low confidence and crushing disappointment. Even now she’s still fighting for her dream in an industry badly hit by Covid.

Since she was a little girl, all Molly wanted to do was sing. Quiet and unassuming, she came alive on stage – but getting her on to it was the problem. When she was 13, I began encouraging her to sing in local pubs. I thought it was a good way to get more experience of performing to audiences and build her confidence. Often, she felt very nervous and it would take some gentle persuasion to get her to perform, which left me feeling very conflicted. I wanted to support her but not be a pushy showbiz mum. I persevered, because every time she did it, she’d believe in herself a little bit more.

Molly was 15 when her mental health problems began. One day she fainted at school. I put it down to hormones but it kept happening. She fainted in class, on the street and at home. It was terrifying. Then, when she was admitted to hospital, we were told it wasn’t a medical condition causing her to collapse, it was psychological.

To learn my child was so troubled that it was manifesting in such a distressing way hit me very hard. Doctors told us it is called ‘psychogenic fainting’, and often caused by stress or anxiety. I questioned myself. Was I responsible – had I pushed her too hard?

Paul and I told Molly nothing mattered more than her health, that she didn’t need to put pressure on herself to perform. But she insisted singing was all she wanted to do; she wasn’t going to give it up.

For six months we lived on edge. She collapsed on stage at a local theatre and even sat her GCSEs surrounded by crash mats. Then, as the fainting eased after she started therapy, Molly’s problems began to manifest as an eating disorder. Despite spending time in and out of hospital, she refused to give up on singing. All I wanted was for her to be well and happy; her fragile body and empty eyes broke my heart. 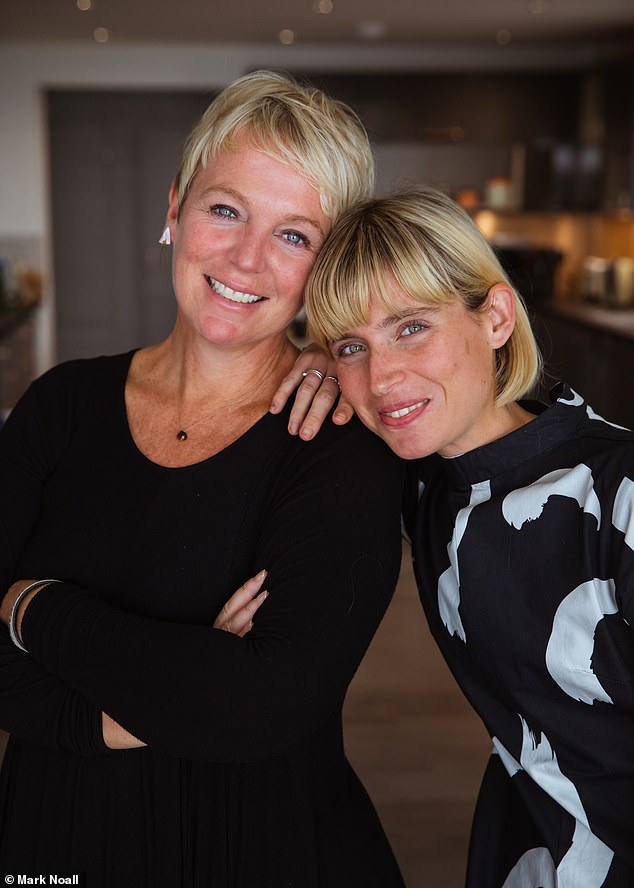 ‘All I wanted was for Molly to be well and happy,’ says Sarah

When Molly asked to audition for The X Factor in 2017, my husband’s response was ‘no’. She was still suffering from anorexia so Paul felt she was too vulnerable. I shared his concerns, but when she spoke about auditioning there was a spark in her eyes I hadn’t seen for months. I wanted to do anything I could to bring her out of the shell she’d retreated into. But allowing her to go was a decision I’d come to regret.

After auditioning for producers then the judges, Molly made it through to the Bootcamp stage of the competition. Her bag was packed, and she’d told her friends, when I received a call telling me they didn’t have space for her – she wasn’t going any further. She was devastated. It was a brutal experience for any teenager, let alone one as vulnerable as Molly. It shook me and my belief in my judgment, too.

Somehow, Molly bounced back. She told me it was a learning experience – to keep trying but never expect too much from the industry – and, a year later, she decided to audition for The Voice. I wasn’t surprised. I knew how determined she was. She had matured and her previous experience had taught her to be pragmatic. But now she was recovering from anorexia and there was a risk that rejection could set her back again.

She had to have a psychological assessment as part of the process, so when she got the green light, I felt reassured they believed she was mentally robust enough.

It’s a myth that shows such as The Voice mean overnight success. Molly left with a record deal but had to find management and she worked so hard building her profile only for Covid to put her career in limbo.

From the high of winning in 2019 to the low of lockdown, it’s been hard to see her frustration and anxiety, her worry that the world will forget about her.

All I can do is keep reminding her that she’s faced disappointment and adversity before and has come out fighting. And she will again.

Molly Hocking, 20, won The Voice in 2019 and lives with her family in St Ives

When you have success young, there’san assumption there must be a pushy parent involved. Through no fault of her own, Mum has fallen victim to that stereotype. The truth is Mum may have been everything from my stylist and chauffeur to confidante and ‘mumager’, but her role has never been anything but a supportive one.

I know if I turned round tomorrow and told her I never wanted to sing another note, she’d be fine with that. ‘Do what makes you happy’ is what she’s always told me.

For a long time, she blamed herself for my mental health problems, wrongly believing she had put pressure on me. I’ve assured her it all came from within, but it’s hard for her to let go of the guilt.

Looking back, I’m glad I was dropped from The X Factor, as devastating as it was. I wasn’t well enough, and it would have been wrong of the producers to put me on TV. On The Voice, although I was much further on in my recovery from anorexia, I refused to wear outfits that would show too much of my body. I know better than anyone that young girls watch those shows and the last thing I wanted to do was ‘inspire’ – in the worst possible way – someone else struggling with their body image. I wanted those girls to hear my voice, enjoy my music and follow their own dreams. 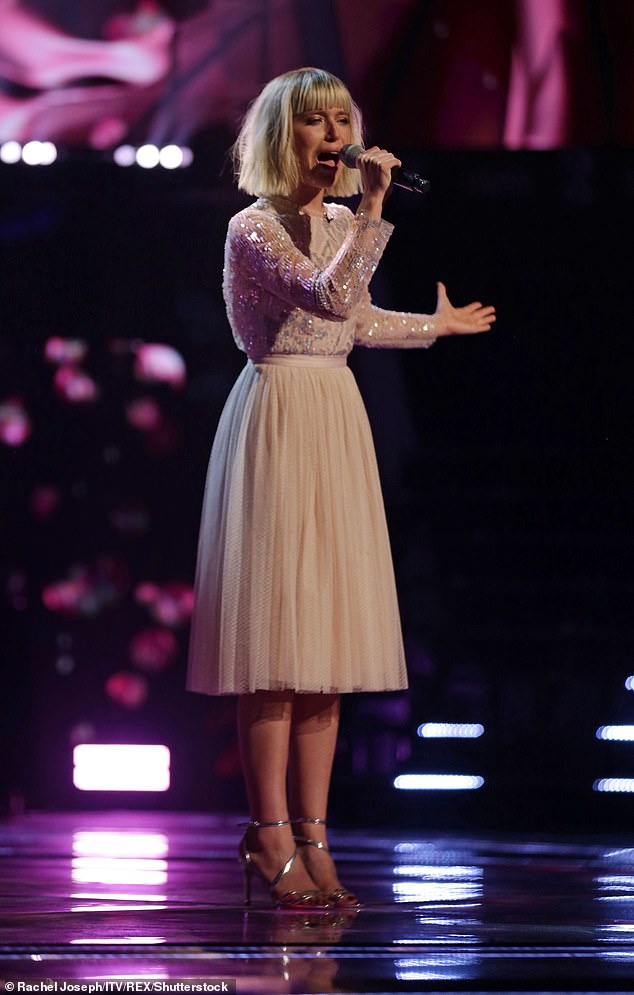 Molly performing on the voice in 2019

After winning, I felt momentum was building. I supported Celine Dion at Hyde Park, I got booked to perform on a Caribbean cruise and my single was all set to be released in April last year. Then the pandemic struck. At first I didn’t cope well, and I suffered a breakdown. I thought everyone would forget about me and everything I’d achieved would be for nothing.

As ever Mum was there for me. We’ve had our squabbles – our home like so many others has been a pressure cooker at times – but she kept encouraging me and assuring me this will pass.

I’ve been doing live performances online and staying active on social media. And hearing my single on the radio for the first time, after it was finally released in November, stopped me in my tracks. It reminded me of how far I’ve come and that Mum has been with me for every step of my journey.

Sarah and Molly in four

Describe each other in three words

When you’re together you love…

Sarah Having a little drink and laughing.

Molly A day spent with Mum is the best kind of day.

Favourite memory of each other?

Sarah Playing Mary Poppins as a teenager – she was wonderful.

Molly When she got caught short at her friend’s wedding and had to go to the loo in a bush!

Liz Jones’s Diary: In which I learn an important lesson

‘She’s a household name’: Nia Wilson’s mother on the impact of her daughter’s death

Barbecue season is here. It’s great for a gathering, but why does every man think they’re a natural born griller?

It’s a girl! Meghan and Harry announce the gender of second child during bombshell Oprah interview