A shattered mother who has lost an unthinkable number of loved ones to suicide has opened up about the ongoing ripple effect tearing her community apart.

More than 20 of Jana Harmer’s family members and close friends have killed themselves in Darwin over the past 23 years.

The 37-year-old’s experience is far from rare in the Northern Territory, which has a suicide rate almost four half times the national average.

For Indigenous Australians, the risk is two times greater than the rest of the population and more pronounced in younger age groups.

And the gap is still increasing. 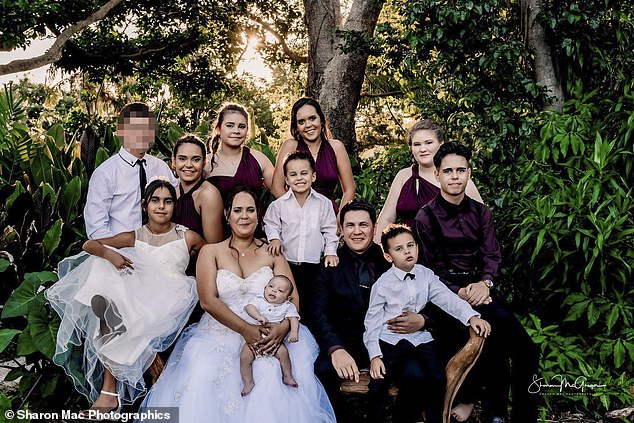 Mother-of-seven Jana Harmer, 37, (front centre) has lost more than 20 loved ones to suicide in the past 23 years.

‘Funerals are just a common thing in our large Aboriginal community. You don’t go to less than three a year,’ Ms Harmer told Daily Mail Australia.

‘It has been taking our community by storm but no one has really looked at the issue.

‘Once we lose one, we lose another one and another one. It was like a ripple effect. There was more, and there are still more.

‘We are always on edge just waiting for the next one.’

The mother-of-seven has lost six family members and 14 friends since she was in high school and has battled through crises of her own.

The tragic pattern continued in 2018 and 2019 when the community lost four youths all under 25 – and each one was connected to her kids.

Noeliesha Young, Ms Harmer’s eldest daughter, and her best friend Matteo Lee were like  ‘two peas in a pod’. They both played football, liked the same music and were both scared of the dark.

‘We were inseparable. I loved that we were so alike. We could speak about everything without shame or guilt,’ Ms Young said.

In March 2018, the then 19-year-olds kick started a suicide prevention program after Ms Young’s cousin Sabastian ‘Sabo, Young, 24, took his own life.

Working together to save lives, the pair looked forward to the future and were preparing for the birth of Ms Young’s baby, who Matteo would help raise in the absence of its father.

But in October while holidaying on the Gold Coast Ms Young received a call from Matteo’s mother to say she had found him ‘too late’. 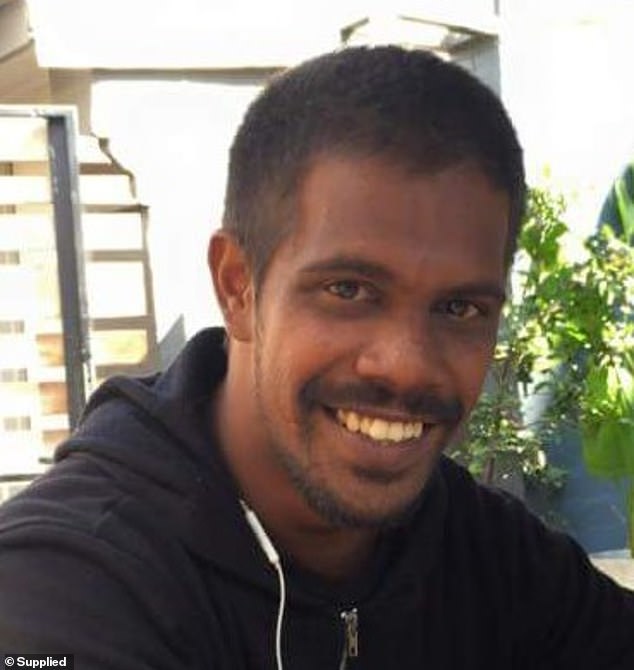 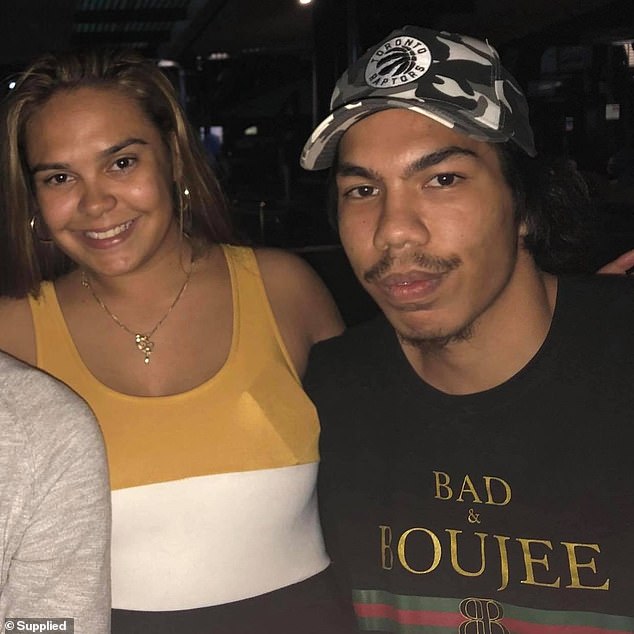 Ms Young, 21, lost her best friend Matteo Lee (pictured together) to suicide in 2018

‘I was heartbroken. I was stuck on the other side of the country and it felt like forever just waiting to get home,’ Ms Young, now 21, said.

‘My biggest fear was that when I arrived back I had to face reality.’

Ms Young said Matteo had struggled to gain employment after leaving school but there were no warning signs he was not coping.

Focused on growing a healthy baby, Ms Young did not let herself grieve until after the birth of her son, named after Matteo, in April the following year.

When the first anniversary of his death came around, Ms Young fell into a dark place herself. Luckily, she reached out to her mother and was able to receive support.

‘I told myself that I could not be sad until the baby was born. I didn’t really cry at the funeral. I am still feeling the feelings I had suppressed now.’ 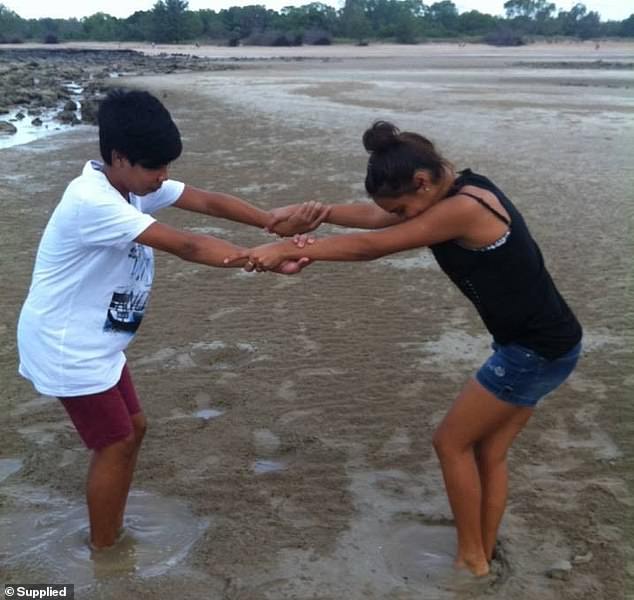 Ms Young said she and Matteo were ‘two peas in a pod’. Pictured: The friends playing at the beach as teenagers 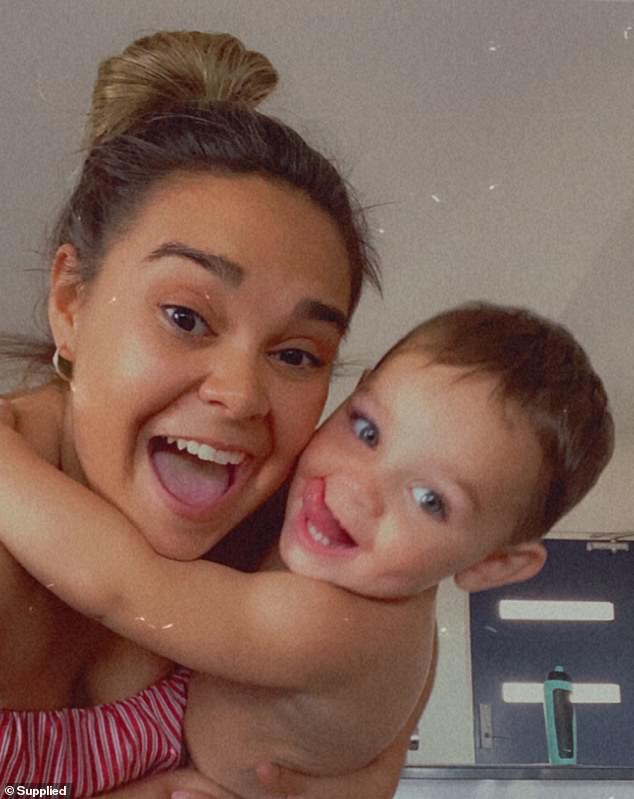 Ms Young and her best friend had plans to raise her son together. When her baby was born in April, she called him Matteo, nicknamed ‘Tao’, his honour. Pictured: Ms Young and Tao

Ms Harmer and Ms Young are now leading a fight to quash the alarming rate of premature deaths.

Together they run the Darwin Youth Suicide Prevention Network, a community-based initiative which aims to equip young people with skills to be able to support each other and access services if needed.

Remote areas with limited capacity have consistently higher rates of suicide, data from the Australian Institute of Health and Welfare shows, and the figures for disadvantaged areas and have been rising in recent years.

Aboriginal and Torres Strait Islanders aged between 15 and 24, were almost four times more likely to take their own lives than non-Indigenous people the same age in 2018, according to the ABS. 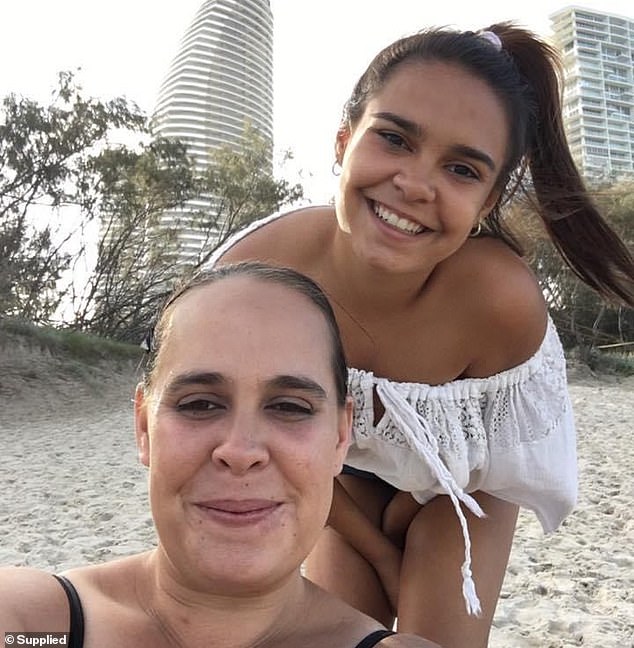 Ms Harmer, 37, Ms Young (pictured together) are fighting to save lives through their volunteer program Darwin Suicide Prevention Network 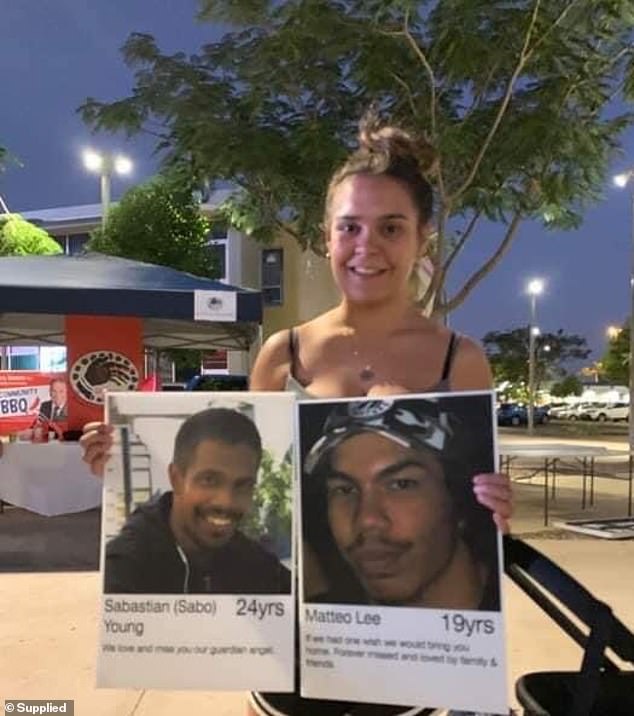 And in 63 per cent of suicides across Australia in 2017 had at least one psychosocial risk factor, which include social support, loneliness, marriage status, social disruption, bereavement, work environment, social status, and social integration.

Ms Harmer, a senior Aboriginal health practitioner, said Darwin has a high population of stolen generation survivors but the impact of intergenerational trauma and broken families is yet to be addressed.

‘I can relate to them, I have been in touch with suicide in all areas. From surviving to saving.’

‘I’ve been very lucky to have a really strong family that picked up signs that I was struggling or I wouldn’t be here today.’

‘I don’t want anyone else to feel what I’ve had to feel.’

Ms Harmer said while everyone experiences death in their lives, the grief is particularly difficult to manage when it is the result of suicide and the healing process is delayed.

‘In most of the deaths by suicide I have been impacted by, the person had experienced relationship breakdowns with a partner or within the family and or community,’ she said.

‘The feeling of hopelessness can sometimes be so unbearable you just want to give up and in many cases it is a reactive response to social issue whether it be a betrayal of some sort to the feeling of life would be better if I was not here.’

‘If we’re going to prevent suicide we need to start working with the people with lived experience and understanding that suicide isn’t only a clinical mainstream system approach.’ 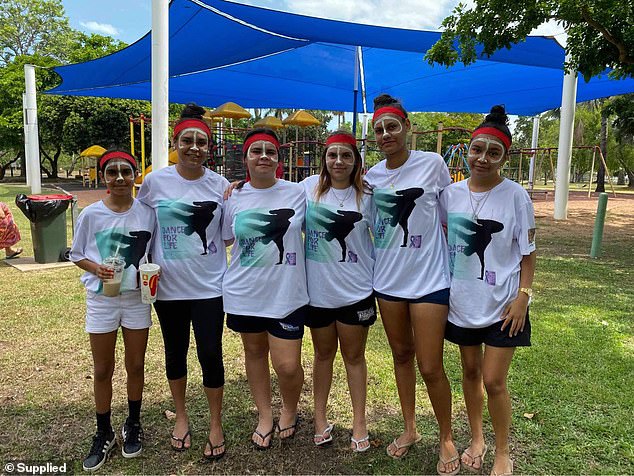 The volunteer program holds events and gala days to connect young people and raise awareness about suicide, relationships, alcohol and drugs. Pictured: Youths at a Dance For Life event 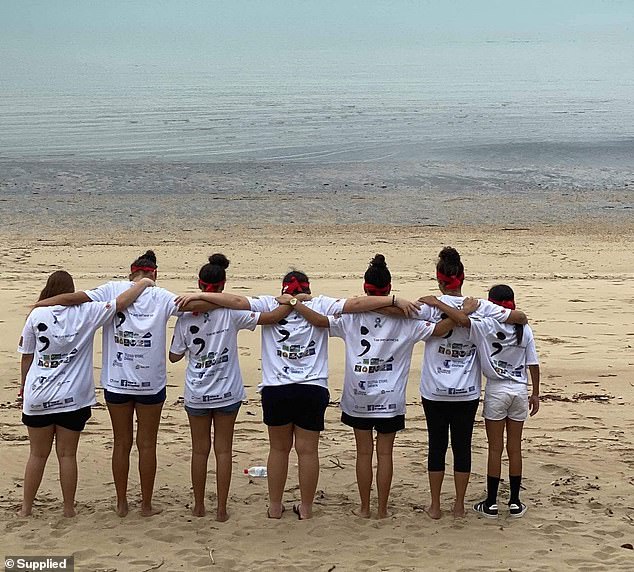 Ms Harmer said government funding has limited the construction of key programs and infrastructure to help suicide prevention. Pictured: A group line up for a photo during one of the Darwin Suicide Prevention Network’s events

In 2018, the Department of Health initiated the Northern Territory Suicide Prevention strategic framework with the goal of reducing suicides.

Despite efforts by the government to facilitate grants, Ms Harmer said funding remains limited and hinders the construction of key suicide prevention infrastructures, such as youth shelters.

‘We need strength base resilient programs throughout all stages of life, to work with individuals, families and the whole community to build positive lives,’ Ms Harmer said.

‘We need to be able to support family who have concerns for their love one providing 24hr safe spaces for the family and individuals who are at risk but we don’t have funding to create a space of our own or implement these programs.’

‘We need to show them that there is more to life and they can tackle challenges.’

‘They need to know that their story isn’t over.’

If you or anyone you know is experiencing mental health issues contact Lifeline on 13 11 14.

5 Inspiring Lessons from the Life of Oprah Winfrey