A mum-of-five who lost 20 kilograms after giving birth has shown off the results of her incredible ‘back-to-school’ snack batch cook, which includes Vegemite scrolls, chocolate chip banana muffins and salted caramel bliss balls.

Australian mum Jessica May Magill spent hours in the kitchen in order to get organised in a healthy way for the busy term ahead.

In total, Jess made 40 wholemeal Vegemite scrolls, a batch of choc chip banana bread (in muffins), a batch of wholemeal choc chip muffins and some nut-free salted caramel bliss balls.

She intends to keep all of these in airtight containers in the fridge and freezer so there is always something healthy on hand when she or her kids needs a sweet hit. 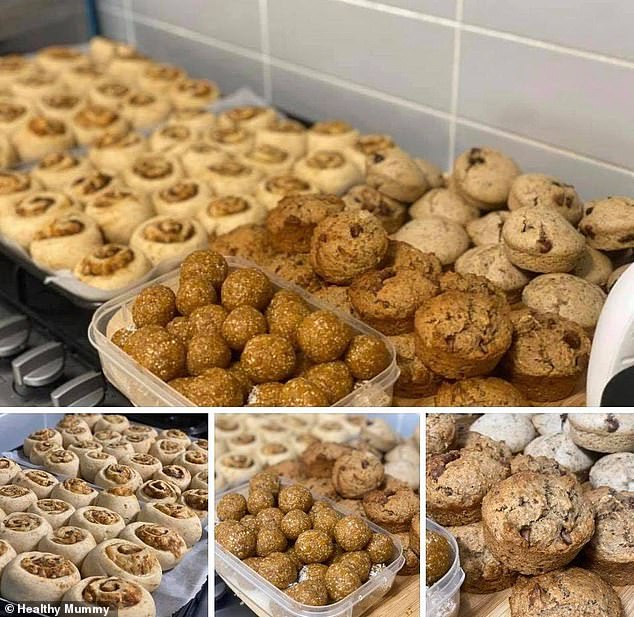 A mum-of-five who lost 20 kilograms after giving birth has shown off the results of her incredible ‘back-to-school’ snack batch cook, which includes 40 Vegemite scrolls (pictured) 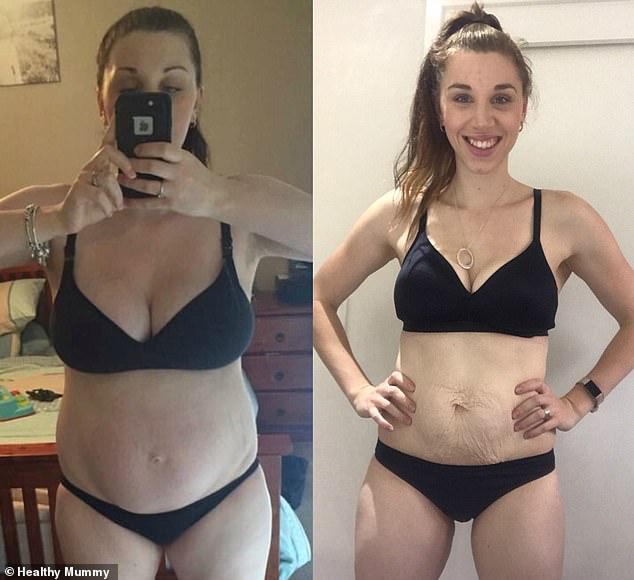 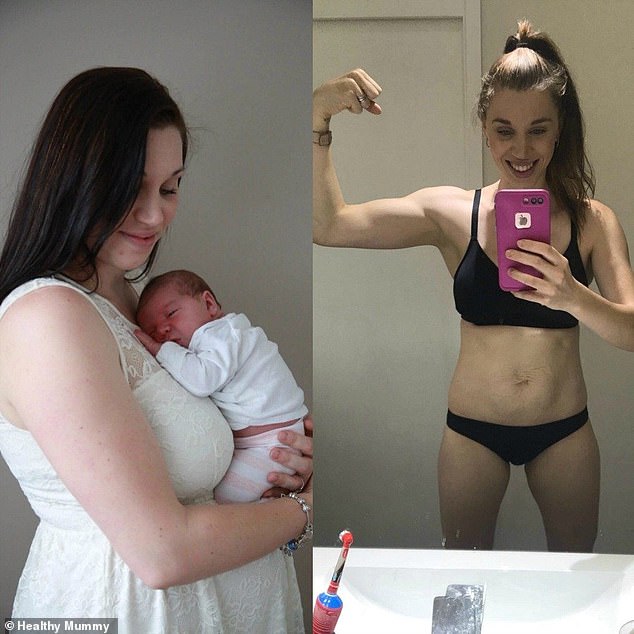 When she needed to lose weight five years ago after the birth of her second child, Jess turned to the leading Australian weight loss program The Healthy Mummy (pictured before and after)

What are Jess’s weight loss secrets?

* Drink a Healthy Mummy smoothie every day for breakfast. It helps to keep you full until lunch.

* Drink between two and four litres of water per day.

* Exercise wherever you can, even if it’s incidental like walking or taking the stairs instead of the lift.

* Bulk meal prep as much and as often as possible to stop yourself from reaching for the takeaway menu or sugary treats.

When she needed to lose weight five years ago after the birth of her second child, Jess said she turned to the leading Australian weight loss program The Healthy Mummy to do so.

‘I lost 20kgs in six months using The Healthy Mummy 28 Day Challenge and Healthy Mummy Smoothies and maintained that weight loss until I fell pregnant with baby number three,’ she told Healthy Mummy.

She said while it has been difficult to keep the weight off, there are some things she does every day without fail:

‘I don’t exercise every day (or every week to be honest),’ Jess said.

‘I don’t religiously track calories and I enjoy treat foods more often than I probably should.

‘But I always have a Healthy Mummy smoothie for breakfast, I have one of their challenge meals for dinner and I drink between two and four litres of water per day.’

The mum-of-five said it’s these ‘little habits’ that make the biggest difference with weight loss without you realising.

You can also try to incorporate incidental exercise where possible, like taking the stairs instead of the lift and getting off the bus a stop early in order to walk the last bit of distance.

How to make the Vegemite scrolls

1 cup self raising flour plus extra for kneading

1. Combine the ingredients in a large bowl and bring together with your hands.

2. On a floured surface, knead the dough for around five minutes until it feels stretchy. Add a little more flour if it seems too wet.

3. Use a floured rolling pin to roll the dough out to a rectangle (30 x 20 centimetres.

4. Spread your choice of filling over the dough and add any toppings you want.

5. Roll the dough up horizontally as tightly as possible, you’ll end up with a long, sausage shape.

6. Slice it into 16 pieces using a sharp knife and arrange on the baking tray, cut side up, approximately two centimetres apart. 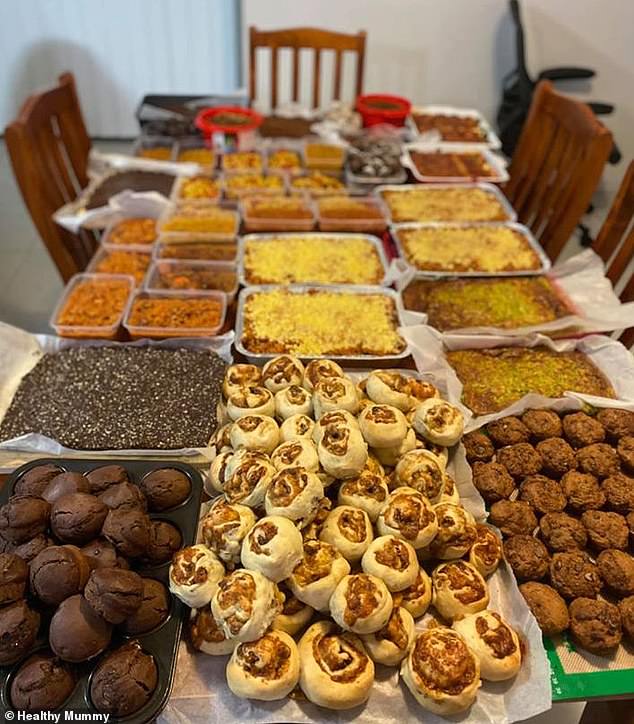 In the past, Jess has made everything from 123 serves of vegetarian main meals to 308 snacks in advance of giving birth (one of her meal preps pictured)

In the past, she has made everything from 123 serves of vegetarian main meals to 308 snacks in advance of giving birth.

‘This will last a few weeks, we won’t have a frozen meal every night, just on nights I know will be extra hectic or nights I can’t get in the kitchen,’ Jess posted alongside a recent batch cook.

‘Other than the pasta bakes, I’ve just made the sauce and will add rice/mash/pasta where needed to save space. Veggies will also be added on the side!’

Hundreds who saw Jess’s snack prep on Facebook were impressed with it and said they would like to do similar.

‘I’ll be doing this! Great effort!’ one woman posted.

‘I can’t even be that organised with one child,’ another added.

‘Do anything for anyone’: Tributes for Sydney business owner after freak tree fall

Brittany Higgins’ partner breaks his silence over her rape allegations

NYSC To Corps Members: We Didn’t Use Your February Stipends To Settle Bandits

Horror high-speed crash at a sidecar racing event in Adelaide

Alabama teacher, 27, who ‘had sex’ with her student is released on bail after turning herself in