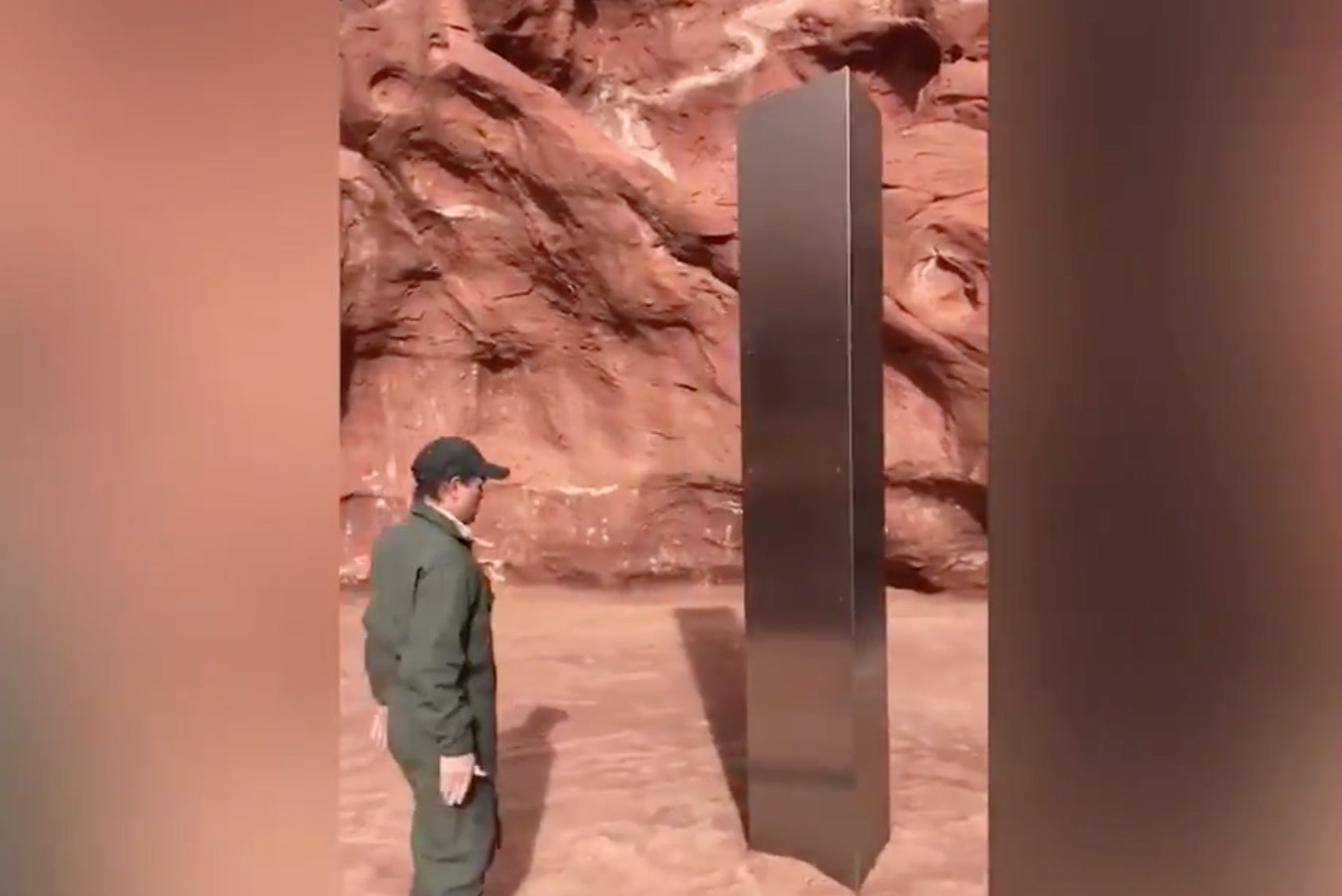 mysterious monolith has been discovered by a pilot in the Utah desert.

In scenes reminiscent of Stanley Kubicks’s 2001: A Space Odyssey, the monolith was found standing alone in the barren landcape.

The helicopter pilot told local news channel KSLTV: “That’s been about the strangest thing that I’ve come across out there in all my years of flying.”

Mr Hutchings said they just happened to fly directly over the top of the monolith.

“One of the biologists is the one who spotted it and we just happened to fly directly over the top of it.

Mr Hutchings said that the object looked manmade, and appeared to be firmly planted in the ground.

Stanley Kubrick‘s 1968 film opens with prehistoric apes interacting with a large monolith in the middle of the desert.

The helicopter pilot said he suspected that the Utah monolith was the work of a new age artist.

“I’m assuming it’s some new wave artist or something or, you know, somebody that was a big 2001: A Space Odyssey fan,” he said.

Locations with the most 12-point drivers REVEALED

RICHARD LITTLEJOHN: Don’t clean your teeth – save the NHS… a look forward to Covid Britain in 2024