The NBA has reportedly informed clubs that they are permitted to open practice facilities for group workouts or scrimmages with up to 10 players at a time as the league eyes a late-December start to the 2020-21 season.

The Athletic’s Shams Charania reported Friday that the league will permit practices for players, some of whom have not had any game action since the league began its coronavirus hiatus in March.

An NBA spokesperson did not immediately respond to the Daily Mail’s request for confirmation.

ESPN’ Adrian Wojnarowski reported that players must pass a COVID-19 screening each day before receiving access to the facility. 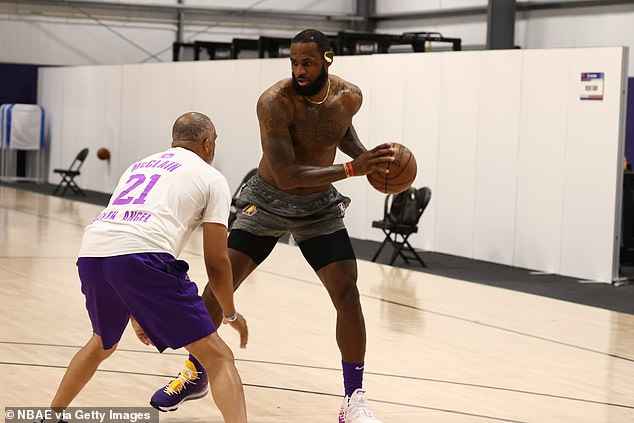 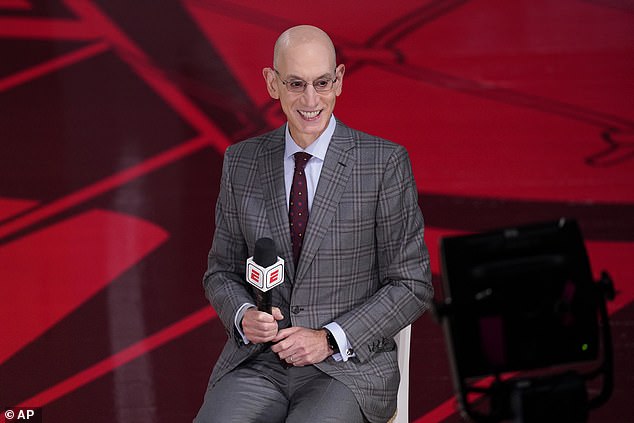 Wojnarowski previously reported that the NBA is eyeing a December 22 start to the upcoming season, which serves two main purposes: It allows the league to play on Christmas Day, which is traditionally very profitable, and prevents the playoffs from lasting deep into fall, when they will be forced to compete with the NFL and Major League Baseball’s World Series.

Indiana Pacers guard Malcolm Brogdon, the players’ union vice president, said the players are weighing their options, but may prefer a late-January return, to allow for more recovery time. The NBA’s 2019-2020 season ended earlier this month, so a late-December start would give players like Los Angeles Lakers star LeBron James just a few months to recuperate from the longest campaign in NBA history.

‘I think those are the two options,’ Brogdon told ESPN. ‘We’re either going to start [Martin Luther King] Day, which I think a lot of the players are leaning towards, or we’re going to start the 22nd, Christmastime.

‘But the huge difference is revenue. Revenue, and trying to get the season back on track to start in that September-October range. So I think calculations are being done on both sides on how much revenue would be lost for each potential date, and we’ll have to come to some type of agreement and go from there.’

Biden sees orthopedic doctor after spraining his ankle while playing with family dog.