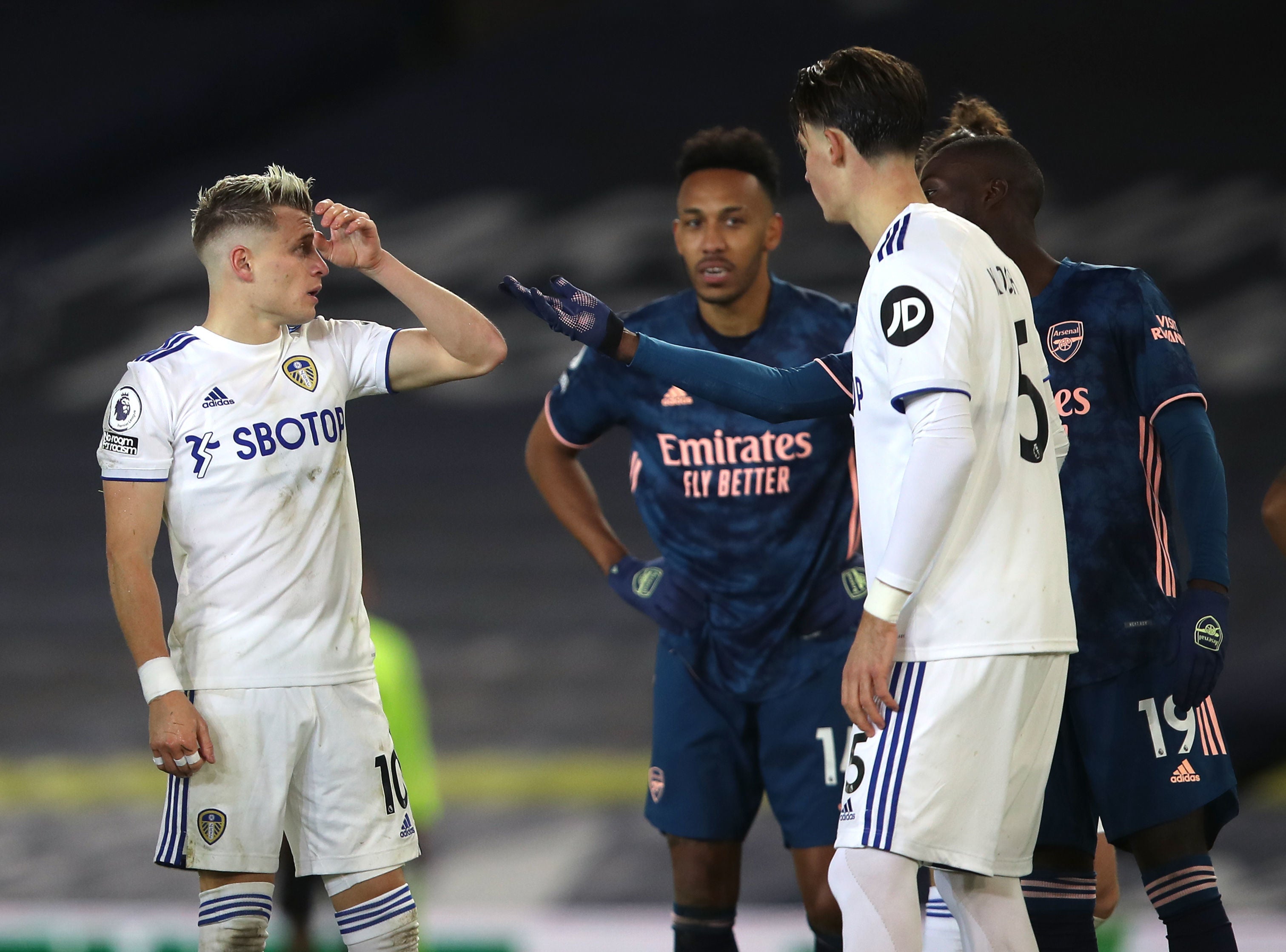 But Evra branded Pepe “really silly” and said the Arsenal forward could have no complaints after his red card in Sunday’s 0-0 draw at Elland Road.

Pepe was sent off in the second half when he squared up to Alioski and the Leeds player fell to the ground holding his face.

Pepe has struggled in England since he joined Arsenal from Lille and Evra believes the 25-year-old is feeling the weight of his £72million price tag.

Evra, working as a pundit for Sky Sports, said: “When you do that it is a frustration. It is a silly. I think he [Pepe] should say sorry to all his team-mates because Arsenal had a plan and of course everything changed.

“Alioski deserves an Oscar. He played so well, if I was the Leeds coach I would be so happy with Alioski but come on, he looked like he broke his nose. But really silly from Pepe.

“You are not playing a lot and Arteta gave you a chance, so do not cry when you play the next game

“I saw him playing in France, he was happy, he was smiling. You can see, the price tag, the fans are against him . . .what a good player but I am really disappointed. I always protect him but I cannot defend him.”

Freddie Ljungberg, who was also covering the game in the Sky Sports studio, said: “He cannot have any complaints. Of course the Leeds players is not in a lot of pain after the little headbutt but the rules are the rules and you cannot do that. It is very disappointing. He stops his own progress with his own behaviour.”

Excussssse me! Gruesome moment a snake becomes an unlikely lunchtime snack as it’s eaten by a FROG

Woolworths to help Australian dairy farmers with $5m in grants