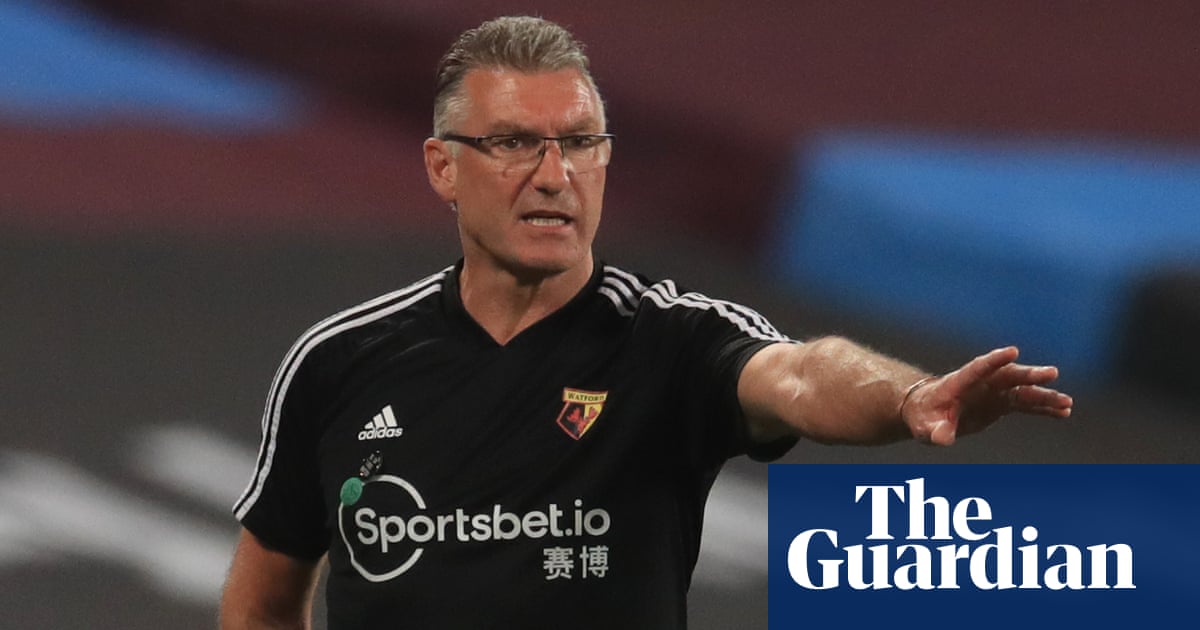 Watford have sacked Nigel Pearson with two games remaining of their season. The manager was dismissed on Sunday afternoon, after the club deemed Friday’s 3-1 defeat to West Ham unacceptable, a result which leaves them three points above the relegation zone. Pearson had overseen a remarkable upturnafter taking charge in December, when the club had only eight points from their opening 15 matches.

Since he replaced Quique Sánchez Flores, Watford have won more points than Leicester and seven other top-flight rivals. It is understood the club’s technical director, Filippo Giraldi, informed Pearson and his assistant, Craig Shakespeare, of their fate The decision is understood to have come as a surprise to Pearson, who was under contract until the end of the season. No agreement was in place with regards to next season.

Pearson had steered Watford to fourth-bottom and the brink of safety after an extraordinary turnaround, including memorable wins over Manchester United and Liverpool, the latter ending Jürgen Klopp’s hopes of an unbeaten season. They had won two of their past three matches to leave their destiny in their own hands before facing Manchester City on Tuesday in the penultimate game of the season.They travel to Arsenal on Sunday.

They are three points clear of Bournemouth, whose goal difference is inferior and have only one game remaining after losing to Southampton on Sunday, and Aston Villa, who have two. Hayden Mullins, the under-23s’ coach, is expected to take caretaker charge, as he did when Sánchez Flores was dismissed.

Pearson is the third manager to depart Vicarage Road this season, with Javi Gracia sacked in September, four months on from leading Watford to an FA Cup final, and Sánchez Flores, who was sacked after failing to overturn a desperate start to the season. Whoever replaces Pearson will be the club’s 13th appointment since Sean Dyche took charge nine years ago.