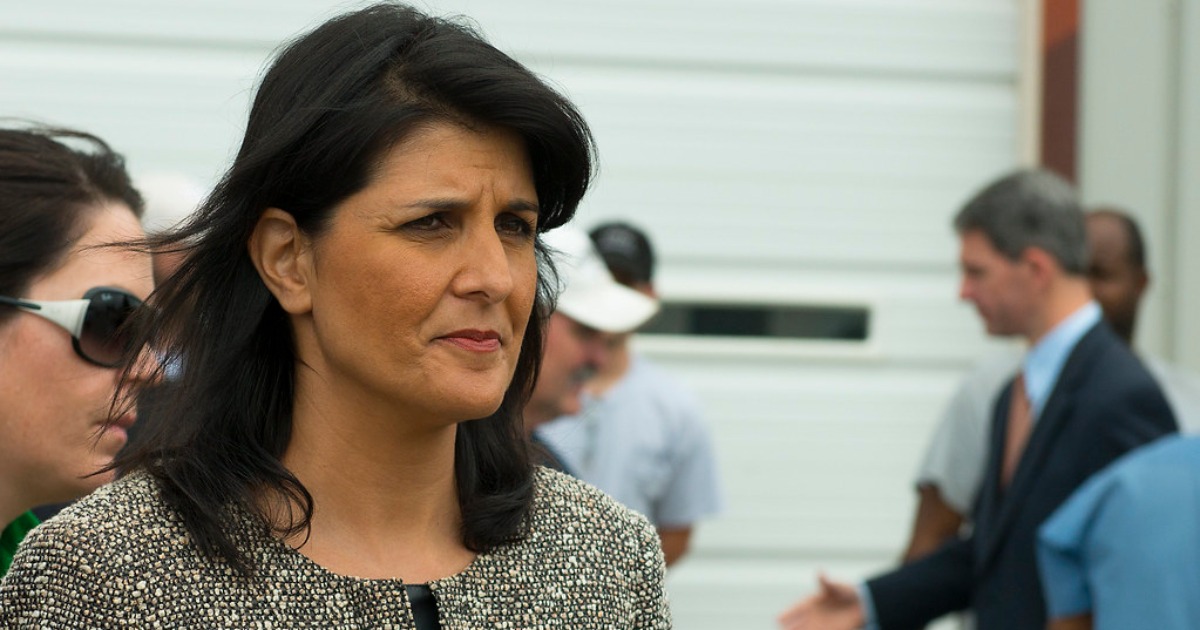 After previously declaring that Republicans should not have followed President Trump, essentially blaming the former President for the Capitol Hill protests on January 6, Haley has spent more recent weeks attempting to sway both the former President and his supporters back to her corner, ultimately leading to her recent tweet.

“Strong speech by President Trump about the winning policies of his administration,” wrote Haley, only weeks after saying Republicans should not have followed those policies or entertained his administration. “The liberal media wants a GOP civil war,” she added, apparently failing to realize that she stoked the flames of such a “civil war” with her previous comments bashing the former President.

Strong speech by President Trump about the winning policies of his administration and what the party needs to unite behind moving forward. The liberal media wants a GOP civil war. Not gonna happen.

This comes after previously participating in an interview with Politico, who featured Nikki on the front page of their magazine with an apt headline reading, “Nikki Haley’s Time for Choosing”.

“The 2024 hopeful can’t decide who she wants to be—the leader of a post-Trump GOP or a ‘friend’ to the president who tried to sabotage democracy,” wrote Politico.

The comments on Twitter about this sudden reversal in her political posture were merciless. Mark Dice even weighed in:

We’re not supporting you in any future political aspirations. We know who you are.

Clearly astounded by the sudden loss of their up-and-coming standard bearer, the Never Trump Lincoln Project were beside themselves:

Even the left had their fun:

HE IS NOT THE PRESIDENT.
Nikki you pathetic, flip flopping, spineless hack.
I often call Rubio a weathercock.
Turns out, that’s far better suited to you.
This is why you’ll never be POTUS.
You have no center.
No core.
No truth.
You’re a lemming.
A lackey.
A fraud.
And a con.

President Trump recently refused to meet with Haley after she begged for a sit down with the former President at his Mar-A-Lago estate in Florida.

Aldi is launching their biggest WINE FRIDGE ever

ALEXANDRA SHULMAN’S NOTEBOOK: The trouble with tears – and I speak as a veteran cry baby

US agency may allow fishermen to fire paintballs at endangered seals

Fossils: Flying reptile from 60 million years ago had the earliest-known opposed THUMB