An image showing a old fashioned method on how to treat a spider bite in Australia has resurfaced online.

The leaflet entitled ‘Snake and Spiderbite Outfit’ was posted to Reddit on Wednesday.

The 1930s pamphlet was placed inside a plastic tube with a scalpel, which was used to cut the bite.

The kit instructions give a step by step guide about treating venomous bites, from washing the wound with water or ‘spittle’, to cutting the bite open to suck the poison out, ‘spitting out after each sucking’. 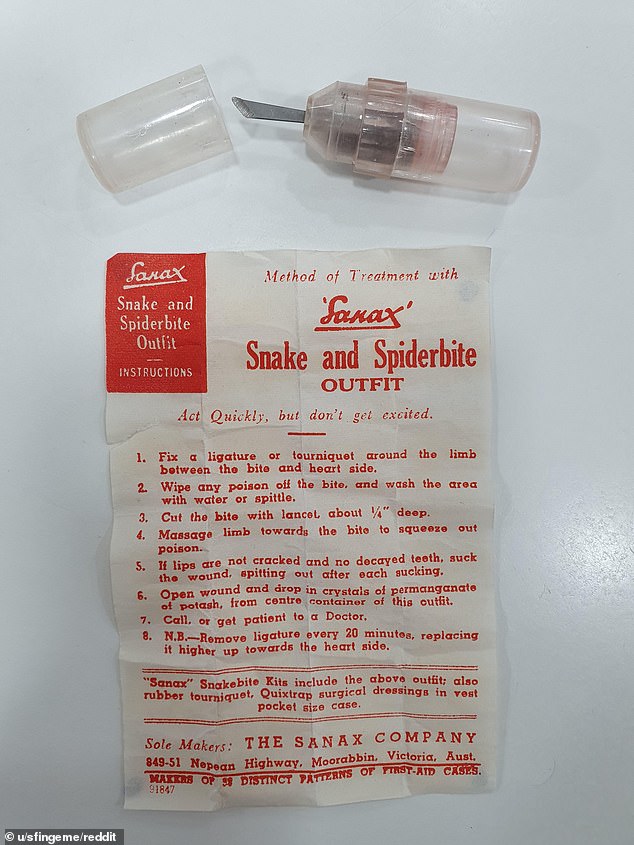 The first aid kit was popular in remote areas and was used by bush walkers, scouts, farmers and high plains cattlemen who regularly came across venomous snakes.

The price of the kit ranged from $5 to $120, the highest being for a doctors kit.

One online commentator said ‘Good grief. What a terrifying bit of old school first aid’ while another speculated if the ‘spit and suck’ method was still in use today.

The instruction to ‘suck and spit’ venom from the wound has since been rejected as it was discovered the method did more harm than good.

By washing the wound like the first aid kit instructs, venom is removed that could have been used by medical staff to identify the type of snake or spider, resulting in a quicker recovery for the patient.

Modern first aid kits designed to treat snake and spider bites now include tight pressure immobilisation bandages that limit the movement of the venom entering the bloodstream while the patient waits for antivenen to be injected. 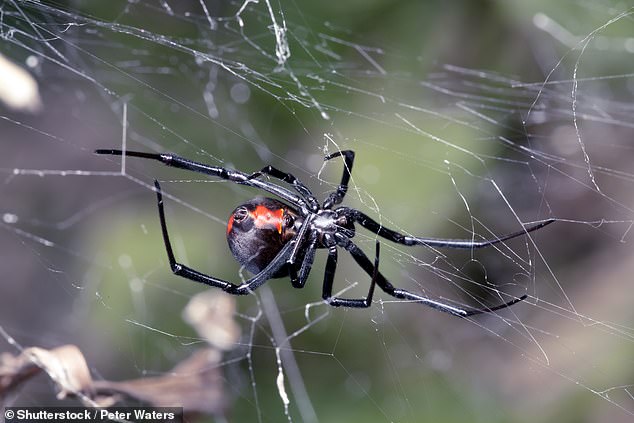 Due to limited access to expensive antivenom patients were forced to treat themselves at home, meaning first aid kits could mean the difference between life or death 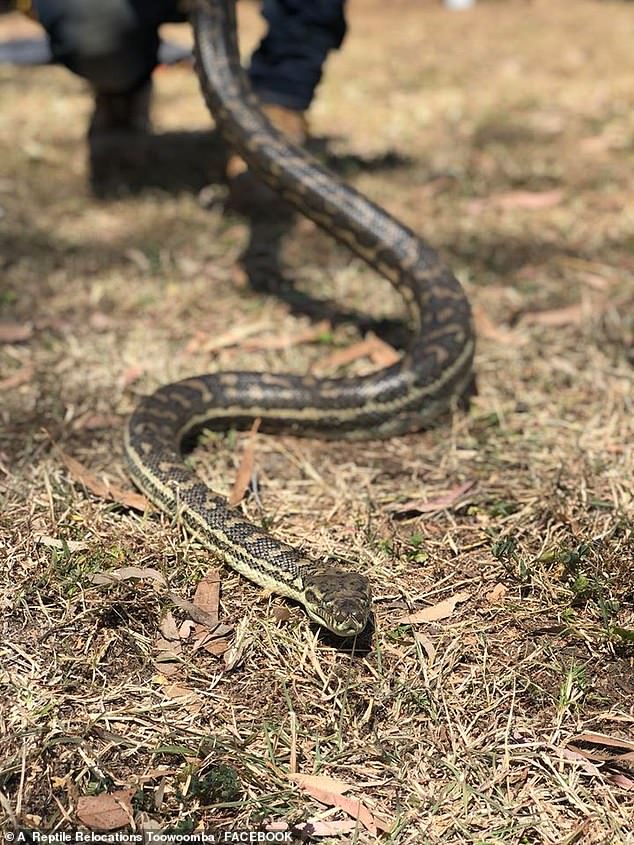 The Apple Watch Series 3 is down to $169 on Amazon

Euro 2020: Who will England manager Gareth Southgate pick as his playmaker?

Melbourne café owner offers $5,000 for staff and claims people would rather get Centrelink than work

If Raphael Varane is available, Manchester United should go all out to sign him