Oscar reveals his ‘dream’ to retire at his former club Chelsea

Brazilian midfielder Oscar has revealed his plans to return to Chelsea to ‘finish’ off his career.

However, Oscar is keen to return to the club that helped him win two Premier League titles, the League Cup and the Europa League. 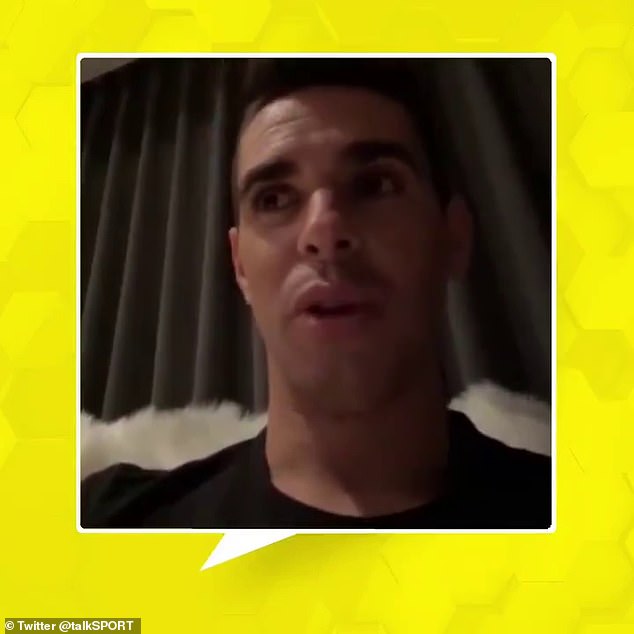 ¿¿ “I have good times before at Chelsea. Chelsea helped me a lot to improve.”

¿ “Chelsea don’t like too many older players. But I’ll try my best to be fit.”@Oscar8 exclusively tells talkSPORT that he wants to retire at #CFC. ¿¿ pic.twitter.com/VoZszFWLBZ

Oscar told talkSPORT: ‘I think about finishing at Chelsea because I had good times before at Chelsea.

‘Chelsea helped me a lot to improve and to do what I always dreamed [of], which was to play in the Champions League and they helped me to play in the World Cup and to win the Premier League.

‘I have a lot of friends at Chelsea. If I have a chance to finish my career at Chelsea, it’s a dream for me. Of course, Chelsea don’t like to buy too many older players, which is normal because it’s a top team from Europe, but I will try my best to be fit to finish there.’ 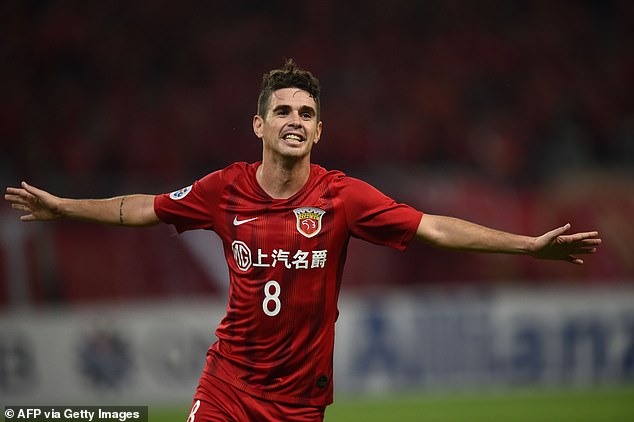 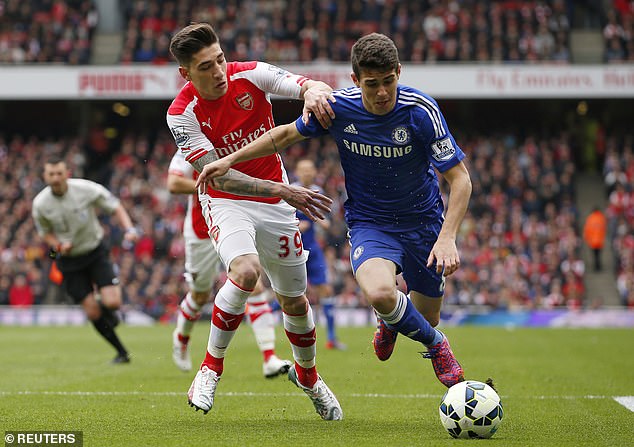 The attacking midfielder scored 38 times in his 203 Chelsea games after arriving from Brazilian club Internacional in 2012 in a deal worth around £20million.

However, Oscar agreed a £60m deal with Shanghai to bring him to the then-flourishing Chinese Super League in January 2017.

Oscar claims he has no regrets over making the move to China, but insists he will finish his career at Chelsea as he plans a return to The Bridge.

Speaking of Chelsea’s current squad, Oscar has drawn similarities between himself and Mason Mount. 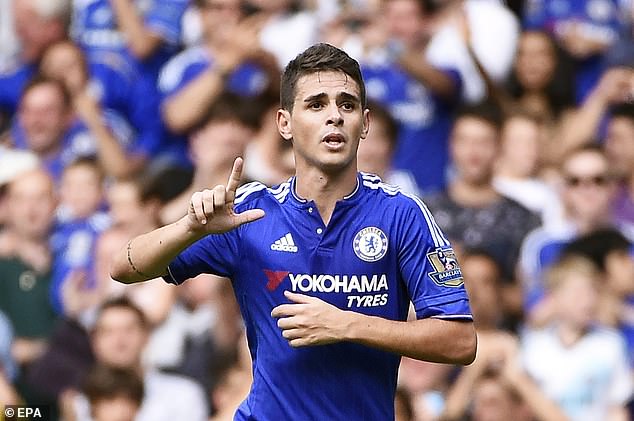 He also won two Premier League titles, the League Cup and the Europa League with Chelsea 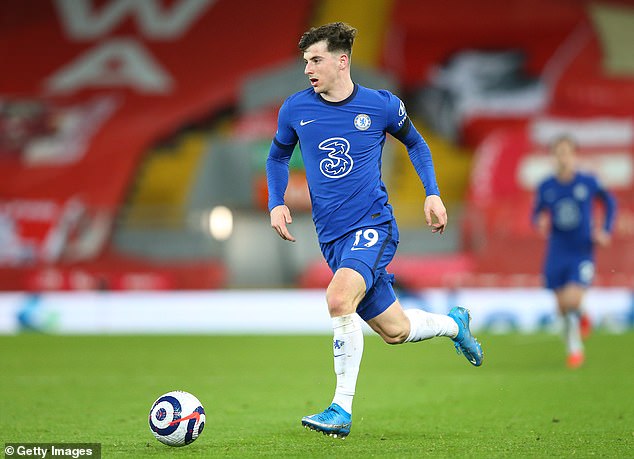 ‘Sometimes he doesn’t play like me but sometimes, I watch him and I can see a little bit of me there because I also came into Chelsea when I was so young and played good football.