A painter making a housecall has left the owner with a considerably more sizable renovation bill after backing her car through the closed garage door and out the wall on the other side.

The tradesperson had visited the client in Browns Bay, New Zealand, to prepare for a job on Monday and intended to glide out of the driveway and turn right – but instead she reversed.

Security footage from the neighbour’s house across the street shows the white sedan slowly moving backwards before rapidly accelerating and smashing through the double sized garage door. 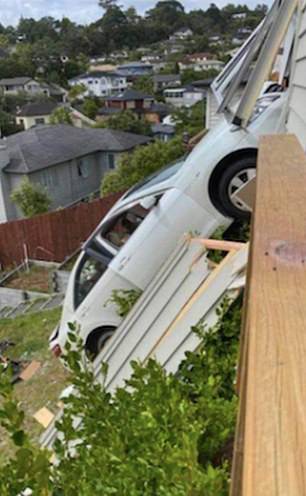 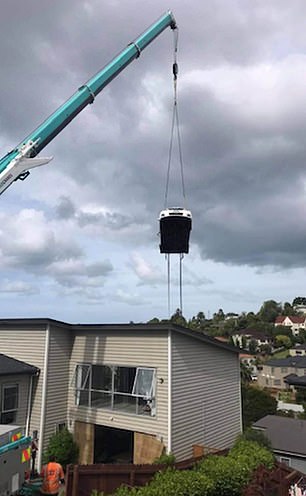 While on road level at the front, the garage is on the second level at the rear, causing the car to plunge into the backyard, resting vertical against the house.

The driver was rushed to hospital but discharged shortly after without any injuries.

‘She just got a fright,’ a resident of the house told the New Zealand Herald.

The resident, one of six people who live in the house, said thankfully no one was at home when the car smashed through the wall with them all at work about 9am on Monday.

‘The landlord had sent a message to us so one of the girls who lives here went back to the flat to see and she took photos,’ she recalled.

‘I couldn’t believe it. The whole thing was being downplayed as ‘a little bit of damage’, then we saw the photos and thought holy s**t, that’s a big hole.’

Remarkably there was no structural damage to the house and the girls were allowed to stay as long as they steer clear of the garage and a lounge room directly above.

The house will be freshened up with some new paint ahead of being listed for sale. 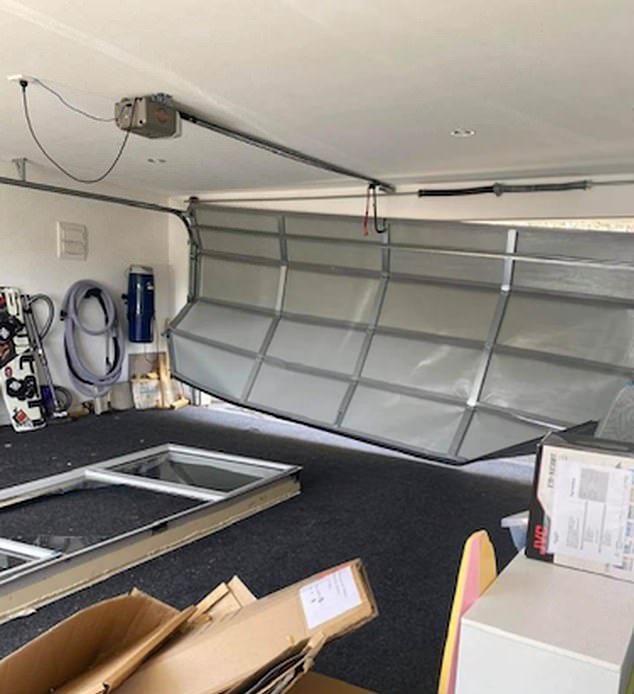 Man is charged with allegedly raping and molesting two girls, six and 16, in his care for 14 years