Chontelle, from Perth, carefully constructed a Woolworths vanilla-flavoured mudcake with yellow fondant to make it look identical to the citrus fruit.

The mother said the only thing she didn’t replicate were the barcode stickers. 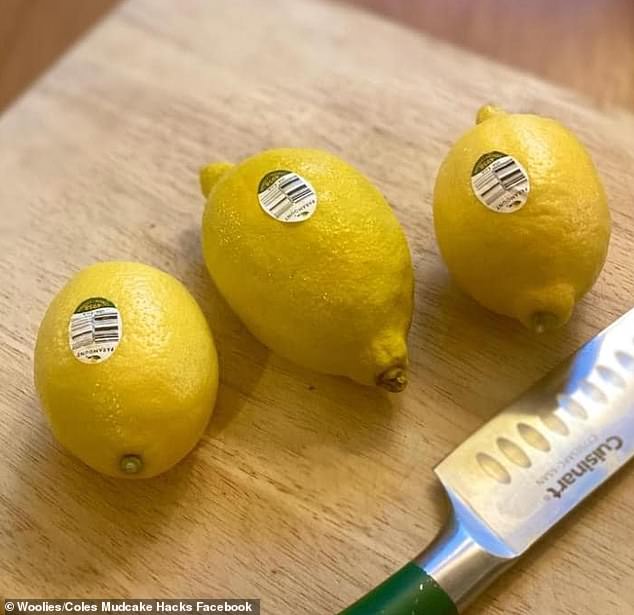 She said she opted for store-bought cake so she could play around with creating realistic looking lemons without having to spend hours in the kitchen baking.

She used icing sugar, corn stack and yellow gel good colouring to recreate the realistic lemon peels, in which she wrapped around the sponge cakes.

‘Yellow fondant with sifted icing sugar – mixed with a tiny bit of corn starch to stop it from melting, and gel food colouring,’ she explained.

‘Left it overnight to dry so it was light and could sift easily.’ 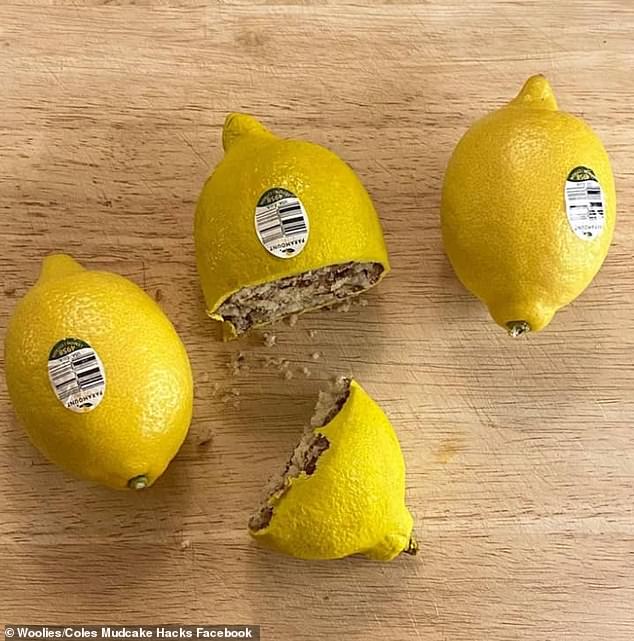 Chontelle, from Perth, carefully constructed a Woolworths vanilla-flavoured mudcake with yellow fondant to make it look identical to the citrus fruit. The mother said the only thing she didn’t replicate was the barcode stickers

Chontelle – who bakes as a hobby – shared pictures of her creation sitting on a chopping board after trial and error, saying: ‘This was the third lemon I tried.’

After sharing her spectacular work on social media, many didn’t believe it was actually cake, while others assumed the lemon was ‘off’ until they had a closer look.

‘Ohhh it’s a cake! All I saw was the lemon and wondered what was wrong with its insides,’ one woman wrote, laughing.

A second said: ‘They look so real that I feel like accusing you of lying. This blows my mind, you’re so talented.’

Another suggested ‘They look so real I was wondering what was wrong with that lemon! I’ve seen off lemons but never ones like that. Well done.’

And one added: ‘First I thought your lemon was off… Then I realised it is a cake. Wow. Then I thought you’d stuffed cake into the centre of a lemon rind. But no – this is something you’ve actually created and it blows my mind. Wow. Go you good thing.’

Others praised Chontelle for her talented work.

‘I can’t even begin to think where on earth I’d start with making this. Amazing,’ one wrote, while another added: ‘I thought it was three lemons until I looked at second photo but wow looks amazing well done.’

Carlo Ancelotti admits ‘I have to be worried’ about Southampton clash, pledging to ‘solve’ mistakes