Arsenal striker Pierre-Emerick Aubameyang was denied the chance to claim a hat-trick against Newcastle by a call of nature.

Gunners boss Mikel Arteta was relieved by his star striker rediscovering his goal touch with a precious double on Monday night.

But Aubameyang was forced to make a dash to the dressing room after being substituted two minutes after his second goal. 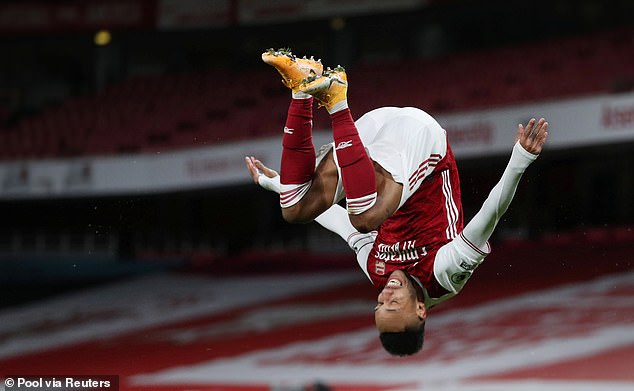 ‘Yeah, he had to go in so we had to change it,’ said Arteta who then smiled as he said his match winner had to go off with a ‘stomach issue.’

Aubameyang scored a brace as Arsenal eased past a much-changed Newcastle to heap more pressure on manager Steve Bruce.

The Gunners captain struck either side of a Bukayo Saka goal as the hosts recorded a 3-0 victory which sees them move into the top-half of the Premier League table.

Aubameyang had missed a couple of good chances in the first half but scored his fourth and fifth league goals of the season to steer the Gunners to three points. 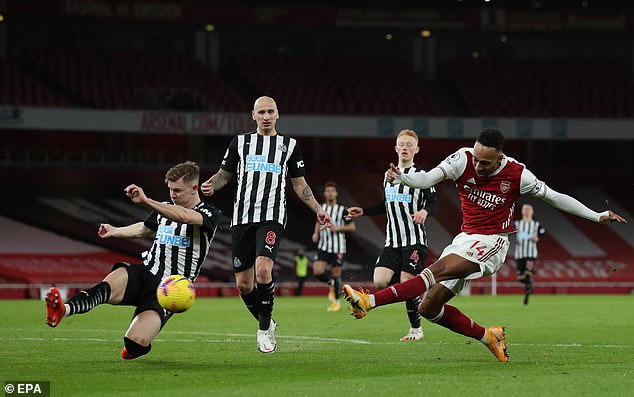 ‘I am really pleased with his performance overall,’ Arteta said of his captain.

‘That’s what he (Aubameyang) has done through his career and mentally you have to be really strong in order to do that.

‘He has come out of a difficult period. We have been missing his goals a lot.

‘Today he has come back and scored two and contributed to the team to win and this is exactly what we need. So I am really pleased for him.’ 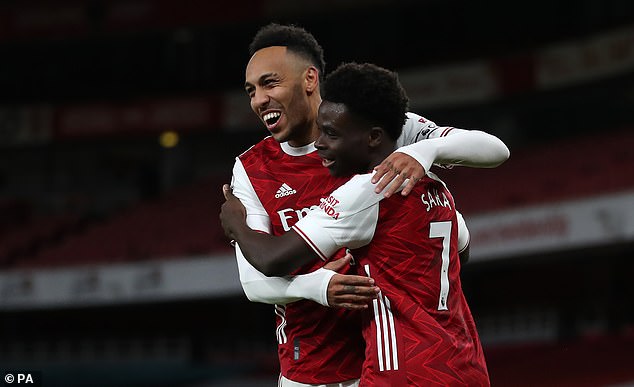 Martin Luther King Jr. would be greatly disappointed in the nation and Trump says his son on MLK Day

Mourinho: Spurs were tired before we even started