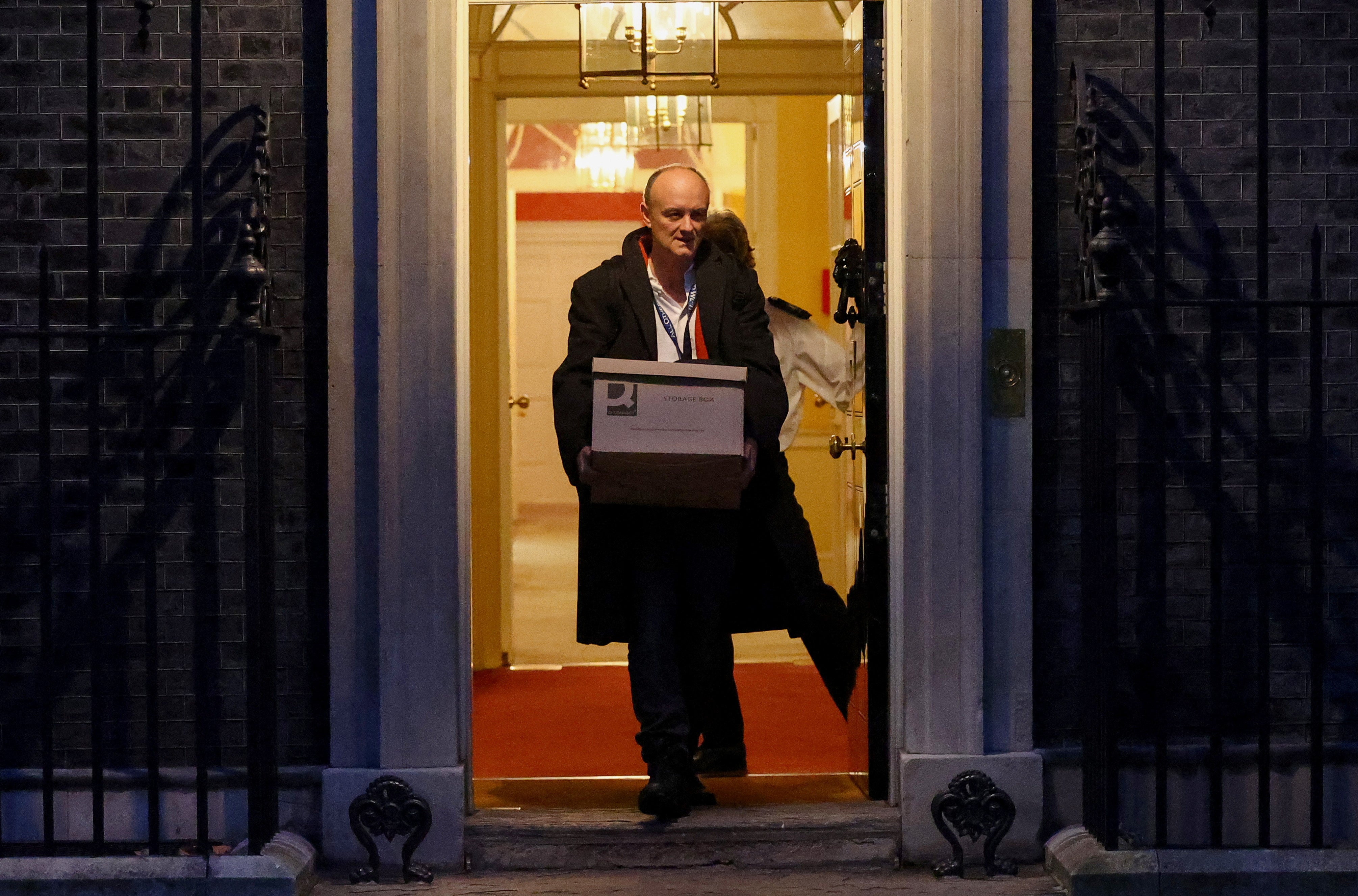 Dominic Cummings, special advisor for Prime Minister Boris Johnson has been photographed with a box of belongings leaving 10 Downing Street.

The BBC’s political editor Laura Kuenssberg said the decision was made after a lunchtime discussion with the PM and former chief of staff Lee Cain where the pair decided it was “best to go immediately”.

She added: “Dominic Cummings has now decided to leave Number 10 today for good – (subtle hint walking out with a box) – Lee Cain also now out from today.

“This was all a slow burning fuse but exploded fast when it finally happened! End of a very torrid era.”

Downing Street had yesterday said Mr Cummings would be leaving by Christmas after a row over how No 10 is run and the appointment of a new chief of staff to Mr Johnson.

According to The Daily Telegraph, former chancellor Sajid Javid, who resigned when Mr Cummings tried to sack his aides, will be brought back in from the cold and is seen as a front runner for chief-of-staff.

Sonia Khan, who was a special adviser to then-chancellor Sajid Javid, was dismissed last August over the alleged leaking of Brexit secrets.

Mr Cummings, who left alone, was last seen on Whitehall waiting for a vehicle.

On Thursday night, Mr Cummings insisted to the BBC that “rumours of me threatening to resign are invented” after it was suggested he would exit in protest over the treatment of Mr Cain, who quit as communications chief.

But Mr Cummings said his “position hasn’t changed since my January blog” in which he said he hoped to be “largely redundant” by 2021.

Shadow health secretary Jonathan Ashworth highlighted the strain being heaped on the NHS and the public by Covid-19 while “Downing Street is paralysed by the soap opera of these self-indulgent spin doctors,” adding: “It’s pathetic.”

His colleague on the Labour front-bench, David Lammy, said the departures are “like rats fleeing a sinking ship”.

“His legacy is one of bullying, deception, hypocrisy and hubris. The super-forecaster who ignored the pandemic. His damage is irreparable,” he added.

Former Lib Dem leader Tim Farron added: “Cummings may have gone, but let’s never forget that the worst part of the whole Barnard Castle affair was the way Conservative ministers shamelessly lined up to defend him saying ‘it’s what any loving father would have done’ while millions made huge sacrifices by staying at home.”

An armed robbery that ended in a police officer’s death

Eleven RAF troops are arrested on suspicion of taking cocaine