Hundreds of people have gathered outside the fortified US courthouse for the first day of the trial of a former police officer charged in George Floyd’s death, with chants of “No justice, no peace!” and speakers imploring the jurors to “do the right thing.”

Many in the crowd carried banners, some reading “Justice for George Floyd” and “Convict Killer Cops.”

As the judge and lawyers convened high above in an 18th-floor courtroom — with jury selection almost immediately stalling over the state’s effort to add a third-degree murder charge against Derek Chauvin — organiser DJ Hooker lamented the concrete barriers, chain-link fencing, barbed wire and razor wire that has gone up around the courthouse, along with National Guard troops and police standing guard behind. 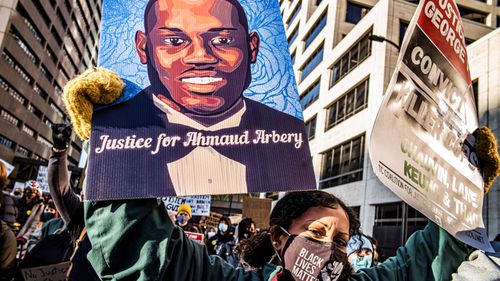 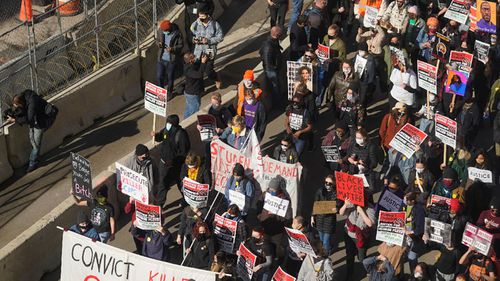 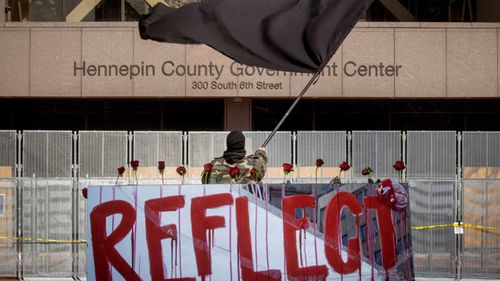 “We ain’t in that cage over there. What do they call it, the First Amendment zone? The Freedom Zone, I call it a cage,” said Hooker, an organiser with Twin Cities Coalition for Justice 4 Jamar, which was formed after the 2015 death of Jamar Clark in a confrontation with Minneapolis police.

“Look what they did to our beautiful downtown. They turned this into a war zone.”

Later, he ridiculed talk of the Chauvin trial as “the trial of the century,” noting the widely seen citizen video of Floyd’s arrest and saying all the jury needs to do is “do the right thing.”

Then he led the crowd in chants of “The whole world is watching!”

Even after the Capitol riots, the US may not yet have reached a tipping point