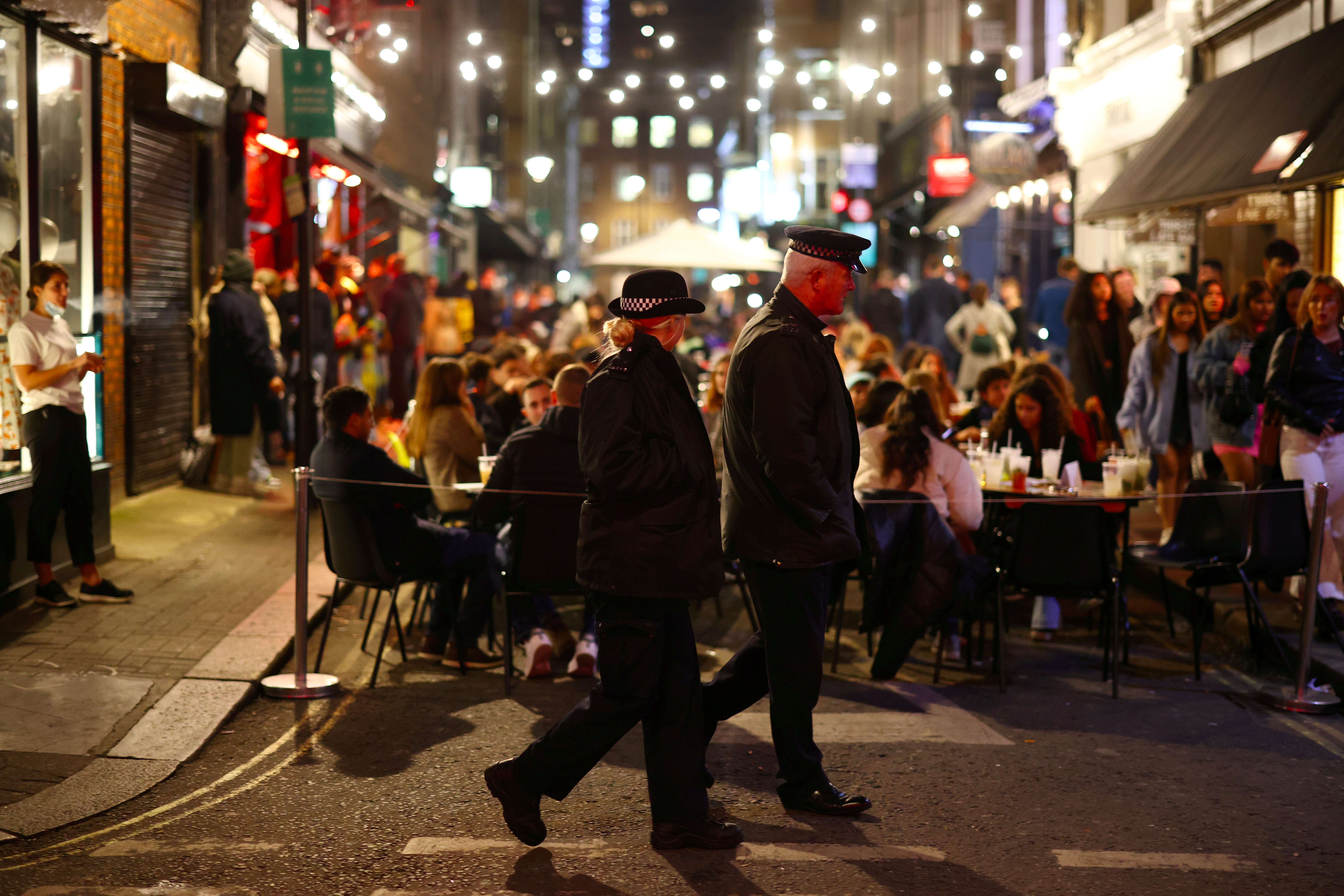 police officer was struck on the back of the neck with a glass bottle while on patrol in Soho closing time, hours before the national lockdown.

Police were out helping clear the streets as bars and pubs closed at 10pm on November 4, before a four-week lockdown began.

At about 10.05pm a member of the public was arrested on suspicion of drunk and disorderly behaviour at the junction of Old Compton Street with Frith Street.

As police moved the arrested individual away from the assembled crowd along Frith Street, the female officer was attacked.

Pc Jack Greaves said: “This was both a cowardly and dangerous action that could have had much more serious consequences for the officer.

“Thankfully she was not seriously harmed.”

Police have released an image of a man they would like to speak to in connection with the incident.

Anyone with information is asked to call police in 101 or Crimestoppers anonymously on 0800 55111.

Donald Trump called his ‘f***ing generals’ a ‘bunch of pussies’