A courier has been caught on camera urinating in a woman’s garden after parking in her driveway to deliver a package.

Home security footage captured the postman parking in the Palmerston North resident’s driveway and delivering the post into the letterbox.

The unidentified man then walks quickly up the driveway towards the house to relieve himself just metres from the home’s front door. 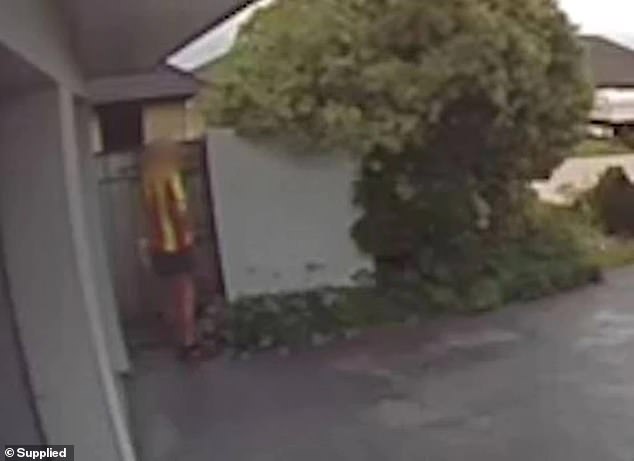 The postal courier (pictured, above) seemed to be in a hurry as he walked up the residents driveway before relieving himself on the property and returning to his van

‘It wasn’t a garden he peed on, it was actually our hose and our concrete.’

The courier had delivered mail to the home many times before the incident, with Ms Eavestaff now concerned the bathroom breaks had been a regular occurrence.

It was only with the installation of a home security camera that Ms Eavestaff became aware the courier had crossed the line.

The security camera is programmed to send a message to the home owner’s mobile phone when movements trigger the in-built motion sensor.

Ms Eavestaff wishes she had seen the message earlier to give the intruder a piece of her mind using the speaker that allows home owners to communicate with guests.

The post courier has been stripped of his responsibilities at New Zealand Post after Ms Eavestaff gave the video to the New Zealand Herald to post online. 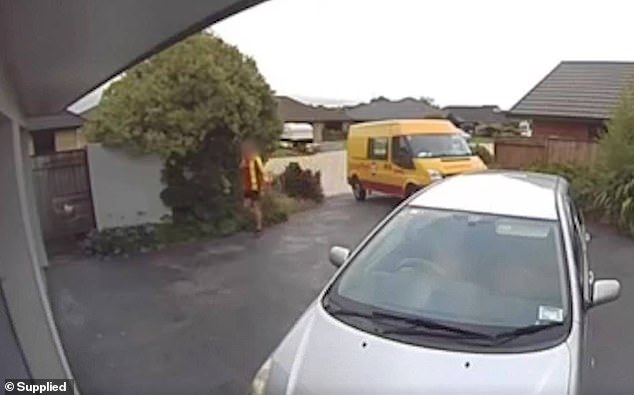 It was only then New Zealand Post came forward to apologise for the act, calling the video ‘extremely disappointing’.

Brendon Main, chief operating officer at New Zealand Post, admitted the company ‘hadn’t done a good enough job’ in making contact with Ms Eavestaff to investigate her complaint and confirmed that the driver had been taken off the road.

The incident follows previous complaints against New Zealand Post, where customers complained of damaged packages and careless couriers in February and April of last year.

Security camera footage showed drivers tossing packages from the windows of their vans, instead of walking a short distance to the front door.

Mr Main told the New Zealand Herald that the company will be holding briefings across the country on the importance of meeting the high standards expected of them and promised the New Zealand public it wouldn’t happen again.

Seetoh on foreign talents in SG

If Raphael Varane is available, Manchester United should go all out to sign him