Pregnancy banned foods: Can you eat fish when pregnant? 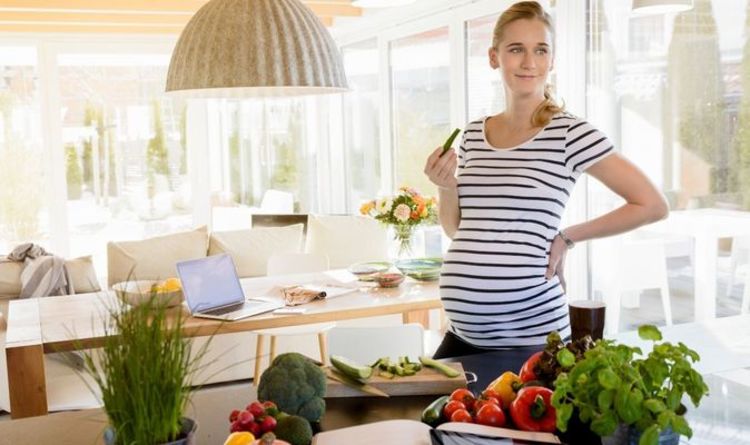 Dairy foods such as milk, cheese, fromage frais and yoghurt are important in pregnancy because they contain calcium and other nutrients that you and your baby need.

Low-fat varieties tend to be better for you. Opt for semi-skimmed, 1 percent fat or skimmed milk, low-fat and lower-sugar yoghurt and reduced-fat hard cheese.

If you prefer dairy alternatives, such as soya drinks and yoghurts, go for unsweetened, calcium-fortified versions.

However, there are some cheeses that you should avoid because unpasteurised dairy products may contain listeria.

This bacteria can causes an infection called listeriosis, which can lead to miscarriage, stillbirth, or make your newborn baby very unwell.

Although the chances of this are extremely thin, you should avoid:

• mould-ripened soft cheeses with a white coating on the outside, such as brie, Camembert and chevre (unless cooked until steaming hot)
• soft blue cheeses such as Danish blue, Gorgonzola and Roquefort (unless cooked until steaming hot)
• any unpasteurised cow’s milk, goats’ milk or sheep’s milk
• any foods made from unpasteurised milk, such as soft goats’ cheese

Mongolia quarantines area next to China border due to PLAGUE

Mongolia quarantines area next to China border due to PLAGUE