James Maddison has seen a specialist in London amid fears he has had a recurrence of the hip problem that required surgery last summer.

The Leicester midfielder suffered the damage during last Sunday’s 2-1 win at Aston Villa, where he was substituted during the second half, and boss Brendan Rodgers revealed on Wednesday that Maddison had travelled to the capital with club doctor Bryan English for two days of assessments, including a second opinion.

‘We don’t believe he needs more surgery,’ said Rodgers. ‘It’s irritable where he has had the issue before and we are getting all the information. 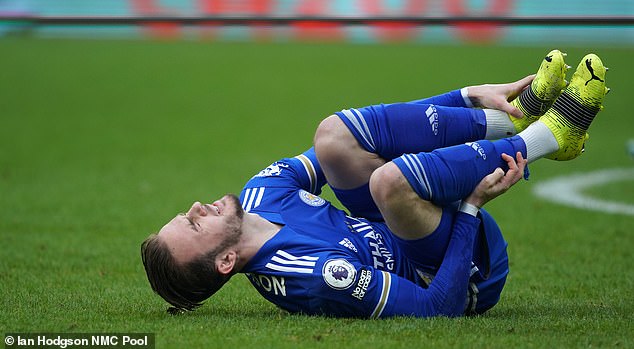 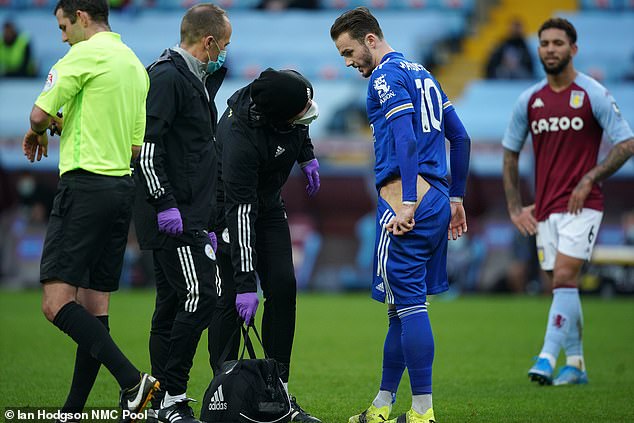 ‘He went to London on Tuesday with our club doctor to get an opinion and he is down there today getting another opinion so we can collate all the information after that.

‘We are confident he doesn’t need anything surgical.

‘We are having to get the specialist opinion on it and formulate a plan for his recovery and reintegration into the team again.’

Maddison will definitely miss Thursday’s Europa League clash with Slavia Prague but all signs point to a stint on the sidelines, which would be a huge blow to Leicester’s ambitions as they fight on three fronts. 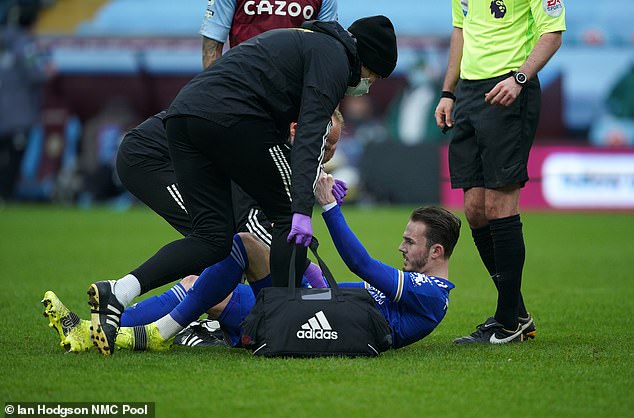 The 24-year-old has been in the form of his life since returning to the starting XI in October following the hip surgery and has registered 11 goals and 10 assists, pressing his claims for an England recall.

Despite injuries to key men throughout the campaign – including Wilfred Ndidi, Timothy Castagne, Ricardo Pereira and James Justin – Leicester have shown impressive consistency.

They are third in the Premier League and face Manchester United for a place in the FA Cup semi-finals, while a win over Slavia will be enough to reach the last-16 of the Europa League.

Maddison had his operation in July after the problem restricted him to just three appearances after the spring lockdown.