Prime Minister Scott Morrison received a hostile reception when he appeared on the big screen during an AFL match on Friday night.

Mr Morrison was loudly booed by the huge home crowd during the West Coast Eagles home match with the Collingwood Magpies at Perth Stadium.

‘Nice reception. You wouldn’t like to be in that job and come to the footy would you?’ one announcer remarked. 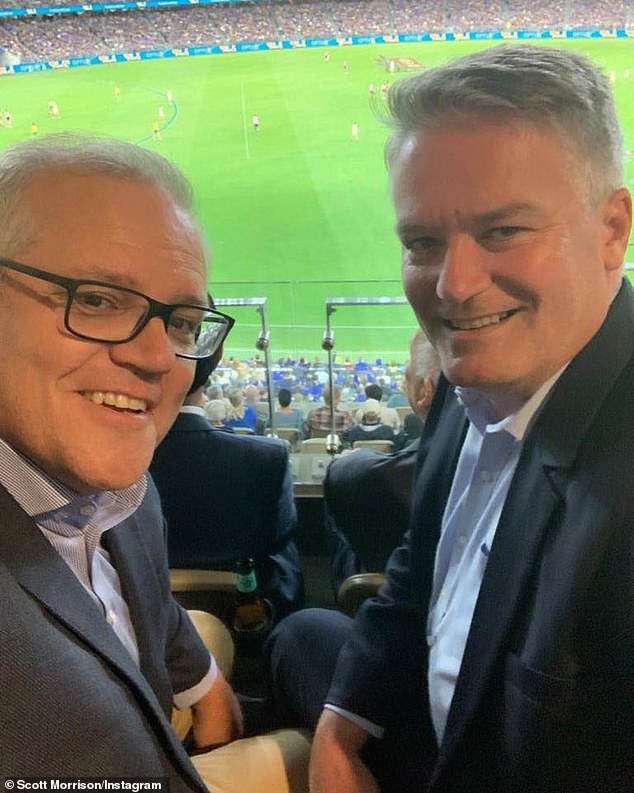 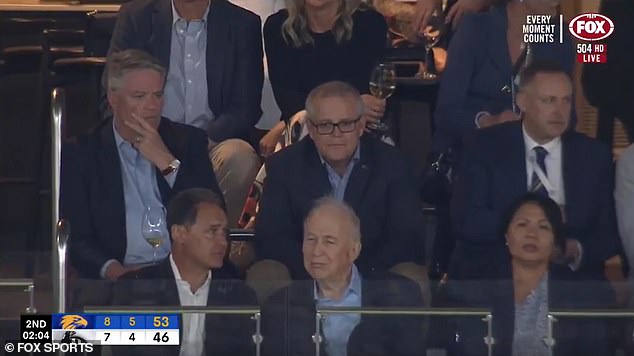 The incident lit up social media after the match and into Saturday, with most apparently supporting the fan response.

The PM is not overly popular in WA, where Labor Premier Mark McGowan won a landslide victory last month and reduced the Liberals there to just two seats.

Mr McGowan relentlessly played off WA’s long-standing chip on its shoulder towards the east coast with his eight-month hard border with the rest of the country, to boost his reelection chances.

Mr Morrison was criticised for attending the AFL season opener last month, between Carlton and Richmond at the MCG – instead of meeting with March For Justice protesters.

He was then seen in the Parramatta Eels change rooms after the Eels beat his Cronulla Sharks team.

The reaction of Eels sports scientist Tahleya Eggers – who stood with her arms crossed and refused to engage with the PM – went viral.

‘Proud to claim this one!’ Ms Eggers wrote on Twitter alongside a photo of the encounter. 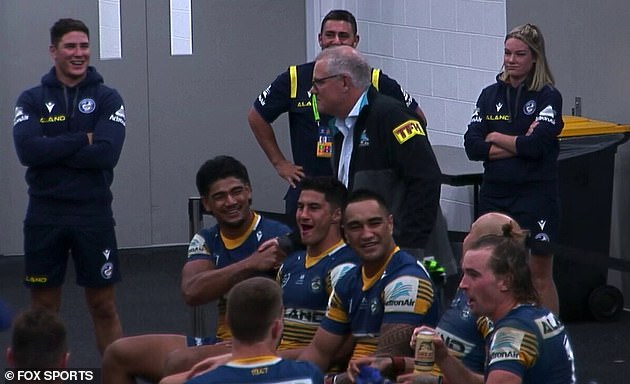 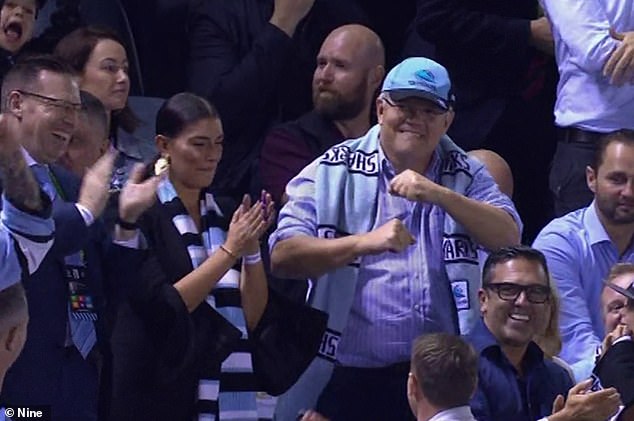 ‘I will not respect a man who has the time to shake hands of men who have won a football match but is ‘too busy’ to attend the March for Justice.’

Mr Morrison is a dedicated Cronulla Sharks rugby league fan. His favourite AFL team is harder to pin down and may not exist.

The closest he has come to revealing an AFL allegiance was in 2009 when he professed a liking for the Western Bulldogs.

But he has also accepted a Carlton jumper and been associated with Richmond – and has also said he doesn’t have an AFL team.

Ruben Dias has been the best centre-back in the Premier League this season, says Carragher