Prostate cancer symptoms: What’s waking you up in the night? Sign of the deadly disease 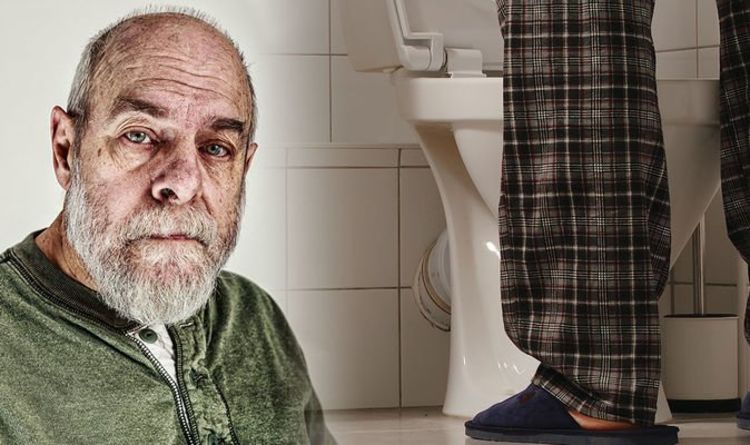 Do you wake up a few times throughout the night to use the toilet? If so, it could be indicative of prostate cancer. Here’s how.

The prostate gland is exclusive to men – so anybody born a male can be affected.

The charity explained that symptoms of prostate cancer appear when the tumour presses on the urethra.

It’s thought the symptom can affect “up to 80 percent of elderly people”, which can be explained by Cancer Research UK.

The charity suggested nocturia could be due to “an enlargement of the prostate gland”.

It’s perfectly natural for the prostate gland to enlarge as a man ages.

Other symptoms of an enlarged prostate are also the same warning signs of prostate cancer.

These include passing urine more often, urgency, and blood or semen in the urine.

Another clue is “difficulty passing urine – this includes a weaker flow, not emptying the bladder completely, and straining when starting to empty the bladder”.

How can one tell if the symptoms are due to an enlarged prostate or prostate cancer?

The best route is to first discuss your symptoms with your GP; from there, various tests may be done.

High levels indicate cancer, but a diagnosis would not be made from this test alone.

An mpMRI scan (multiparametric MRI) produces a detailed scan of the prostate to highlight any tumour.

This information then helps the doctor to decide whether a biopsy is needed.

Should a biopsy be the best course of action, rest assured it’ll be done under local or general anaesthetic.

Pain in back: Could red wine ease your back pain? Study finds surprising connection

I can’t tolerate CPAP, what can I do?