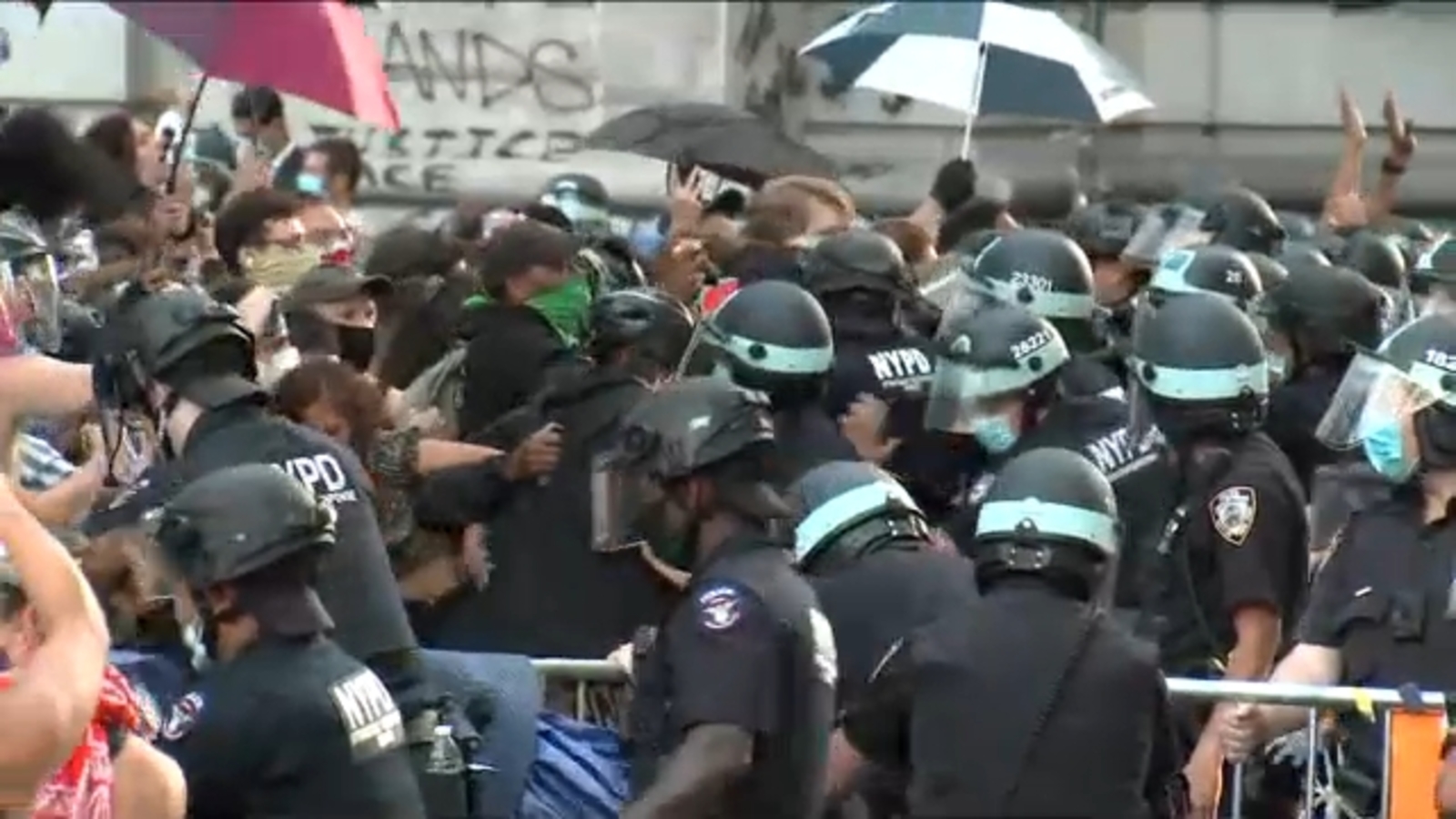 An Eyewitness News camera showed police in riot gear pushing the protesters back. Police appeared to be working to keep the street in front of City Hall clear.

The protesters have been camping out for about a week in City Hall Park, calling for the city to defund police.

That protest grew out of the frustration with the police killing of George Floyd in Minneapolis.

The tension on the street came on the day New York City Council is expected to vote on a city budget plan that includes a massive funding cut to the NYPD.

Overall, the proposed budget calls for more than $6 billion in cuts citywide.

Mayor Bill de Blasio says $1 billion of that will come from the NYPD.

“I think there’s a human cry right now to address what young people have been through and to try and go at the root cause of a lot of the challenges in our society, which is a lack of investment in young people,” said de Blasio. “And we found a way to do that on the capital side, too.”

But critics say much of those cuts are nothing more than budgetary tricks.

For example, school safety agents are expected to move from police to education.

The city is canceling July’s police academy class, which means about 1100 fewer officers.

About $500 million of the money saved is moving to youth programs.

And the city will also save money by reducing overtime.

“Shootings more than doubled again last week,” he said in a statement. “Even right now, the NYPD doesn’t have enough manpower to shift cops to one neighborhood without making another neighborhood less safe. We will say it again: the Mayor and the City Council have surrendered the city to lawlessness. Things won’t improve until New Yorkers hold them responsible.”

To put all of this in perspective, New York City’s $87 billion budget is still $14 billion more than the city budgeted just seven years ago.

New Trimonoran superyacht concept could be future of luxury sailing

Frenchman, 43, reveals he is the ‘patient zero’ who had coronavirus last December