The Queensland LNP Leader Deb Frecklington has denied being investigated by the voting watchdog over seemingly suspicious donations in the lead up to the state election.

A report from the ABC claimed Ms Frecklington, 49, was referred to the watchdog by her own party after a series of exclusive dinners with wealthy business people.

The allegations concerned several fundraisers in July and August which were attended by donors banned from contributing to the LNP campaign.

Donations totalling almost $150,000 were received by the party before and after the events, one of which was held at a businessman’s resort, the reports claim.

Under Queensland law, parties or politicians who accept property developer donations face fines of up to $52,220, or two years in prison, in an attempt to curb their influence on lawmakers.

Anyone who deliberately attempts to defy to developer donation ban can be fined $195,825 or spend ten years in prison. 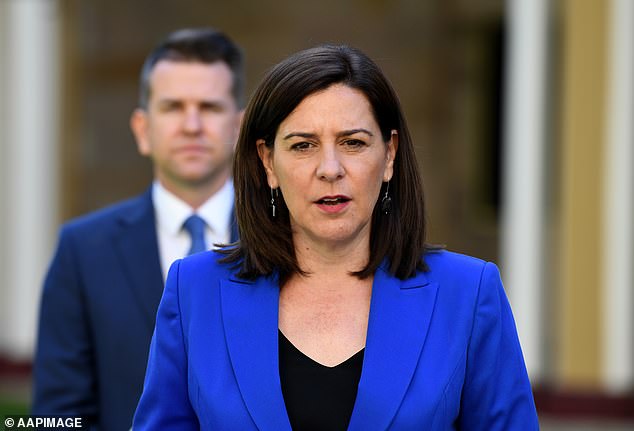 Queensland LNP Leader Deb Frecklington (pictured) went to several events that were also attended by donors who contributed to the LNP this campaign, according to the ABC. None of the donors were property developers 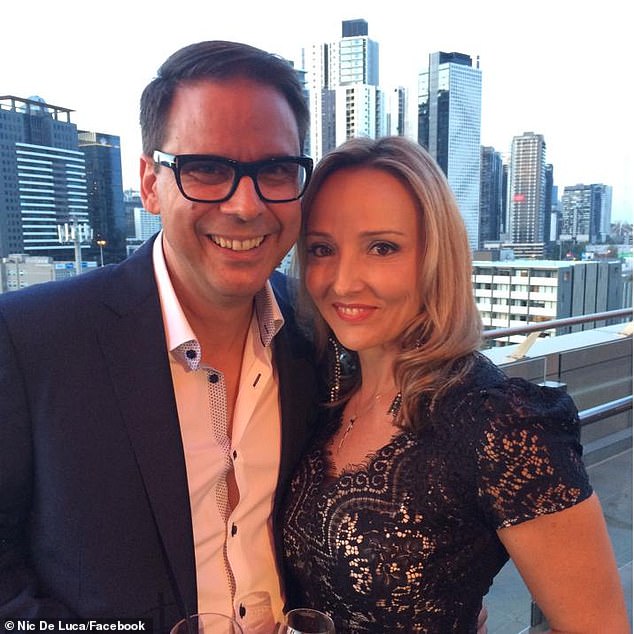 Developer Nic De Luca (pictured with his wife) hosted a private dinner that Ms Frecklington also attended on August 18. He said it was not a fundraiser but a normal dinner

Ms Frecklington was reportedly referred to the Electoral Commission of Queensland by her own party over concerns the donations could jeopardise the upcoming state election on October 31 – but this has since been vehemently denied.

‘The ABC’s allegation that the LNP has referred Deb Frecklington to the ECQ is false. It has not,’ an LNP spokesperson said on Tuesday.

‘The LNP regularly communicates with the ECQ to ensure that we comply with the Act.’

Speaking about the allegations on Tuesday, Ms Frecklington said the reports were ‘absolutely not correct’.

None of the developers who attended the events are believed to have made donations and there is no evidence to suggest they did.

They also deny paying to be at the event.

‘I haven’t heard from them [the ECQ] at all,’ Ms Frecklington said today.

‘In relation to private dinners, I attend dinners all the time — I’m a politician.

‘Politicians attend support dinners, politicians mix with and go to events with every manner of type of business people.

‘On the ECQ website, anyone can attend a fundraiser but a prohibited donor cannot donate.

She added that ‘as far as she was aware’, no investigation is underway by the watchdog. 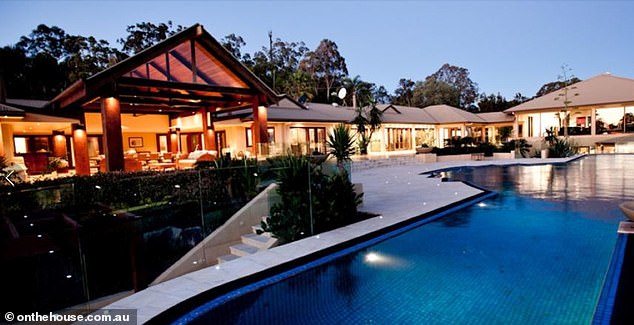 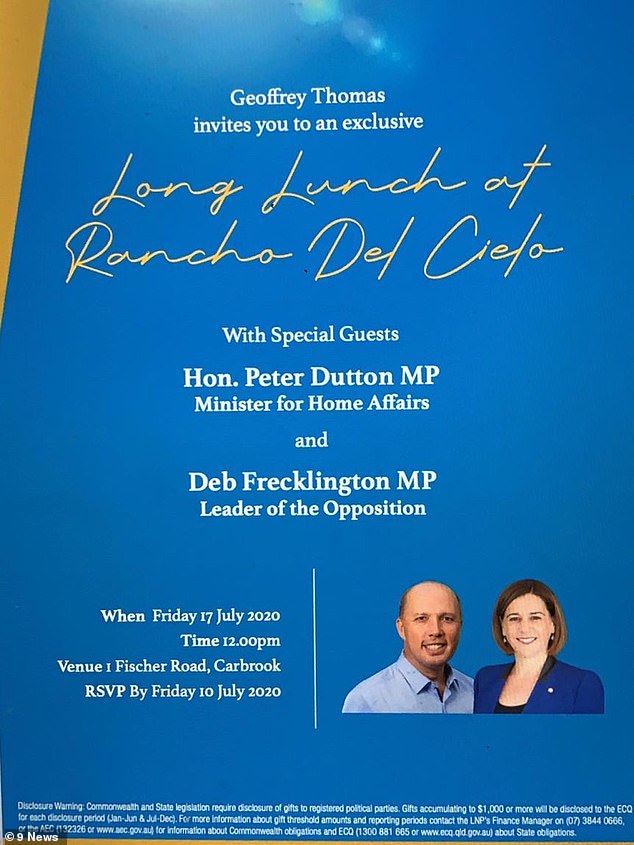 Geoffrey Thomas, a Queensland trade commissioner and businessman, donated $50,000 to the LNP on June 25, but he is not on a list of prohibited donors, and described the contribution as ‘fundraising’.

There is no suggestion that Mr Thomas was involved in any wrongdoing.

Mr Thomas then hosted an LNP fundraiser at multi-million dollar resort Rancho del Cielo, which is on on the Logan River, south of Brisbane, on July 17.

Olympic swimmer turned multimillionaire property developer Mark Stockwell also attended the dinner, it is understood, but he did not donate nor pay to be there.

Several guests or their wives donated $5,000 each to the LNP while Mr Thomas declared a donation of $3,268 for hospitality. It is not suggested that any of the donations were by property developers.

Meanwhile, the National Retail Association legitimately donated $20,000 to the LNP on July 15.

Mr Thomas and his wife. He paid $3,000 to attend a fundraiser hosted by restaurateur Andrew Park at City Winery and Mr Park’s Thai restaurant Jumbo on August 6, according to the ABC

Association chairman Mark Brodie then organised a rooftop dinner at Le Bain Newstead on July 20, which was also attended by Ms Frecklington.

One dinner guest donated $5,000 to the LNP via his company on the same day. It is not suggested that the donations was by a property developers.

Another guest said he paid to attend the event as a fundraiser for Ms Frecklington.

Developer Kim Pradella also attended but there is no record of a donation, he denied giving money to the party and it is not suggested he made any donation.

The third fundraiser was hosted by restaurateur Andrew Park at City Winery before moving on to Mr Park’s Thai restaurant Jumbo on August 6. It is not suggested that any donations were made at the event by property developers.

Ms Frecklington’s office again printed the invitations for an ‘exclusive dinner with Dutton and Deb’ in LNP blue and yellow.

Mr Thomas paid $3,000 to attend while other guests donated up to $8,000 to the LNP, according to the broadcaster.

Property developer Laurence Lancini, former chairman of the North Queensland Cowboys who is worth an estimated $150million, attended the event as guests of two friends and said he did not pay for his seat. It is not suggested that he made any donation. 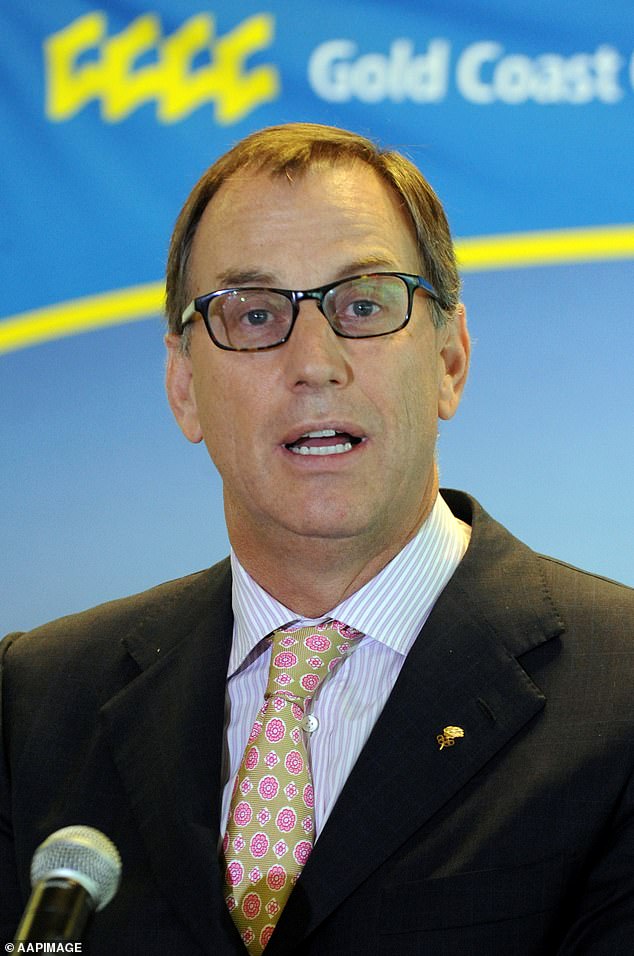 Olympic swimmer turned multimillionaire property developer Mark Stockwell also attended the dinner at Rancho Di Cielo. Since he is a developer, Mr Stockwell is a prohibited donor but did not make any donations to the LNP

One of Mr Lancini’s friends donated $12,000 to the LNP on August 12, according to the ABC. It is not suggested that the friend was a property developer.

The fourth event was a dinner at Queensland’s Parliament House on August 13, which was attended by Ms Frecklington, Gold Coast MP John-Paul Langbroek, Gold Coast developer Peter Puljich and others.

Mr Puljich said he was not asked to give a donation and didn’t even speak to Ms Frecklington.

‘I know I can go to jail if I donate money,’ he told the ABC.

Ms Frecklington’s spokesman said all of the donations were above board.

‘Anyone who donates to the party must complete a declaration that they are not a prohibited donor,’ the spokesman told the ABC.

‘There is transparency about who has donated and who hasn’t donated.’

Clare Crawley Cries as a Contestant Asks ‘Do We Get a New Bachelorette?’ in Explosive Trailer

Masks Are Crucial In Fight Against COVID-19, But Police Say They May Also Be Enabling Carjackers