Rightmove said there were 8.5 million visits to its website on Wednesday February 17, higher than the previous record on July 8.

It comes amid widespread speculation that the Chancellor will extend the stamp duty holiday by three months from the end of this month to the end of June.

Rishi Sunak is understood to be considering the move as part of measures he will announce in a giveaway Budget next week, paving the way for a post-lockdown boom. 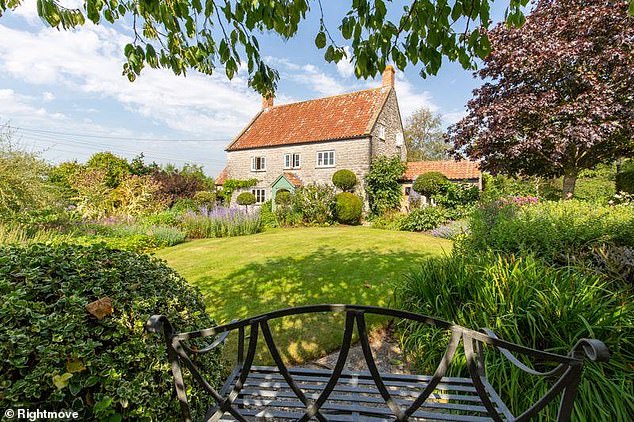 This six-bedroom home is on the rural outskirts of Wedmore, in Somerset, and is for sale for £975,000 via estate agents Roderick Thomas

Rightmove said the number of prospective buyers contacting agents in February is up 22 per cent so far on February last year.

It suggested that this could be a sign that some people are planning a move regardless of the stamp duty holiday due to end next month.

Although it is worth noting that in February last year, fears over the coronavirus pandemic were mounting.

In addition, Rightmove said the number of tenants contacting agents has increased by 39 per cent compared to a year ago.

It follows a challenging year for the housing market, which saw it shut down for several weeks during the first lockdown.

Pent-up demand and the stamp duty holiday have  helped to boost the market, with prices increasing to an average of £229,748 in January, up 6.4 per cent in a year, according to Nationwide Building Society.

Rightmove said interest in commercial properties has also reached record levels, hitting a new high on Wednesday, February 17, and all of the top 25 business days for commercial property have been recorded in January and February this year.

The interest could continue to rise after Boris Johnson unveiled his roadmap out of lockdown at the beginning of this week.

Rightmove said the roadmap will prompt businesses to review the type of space they need to reopen as lockdown restrictions are hopefully able to start easing in the coming months.

Rightmove suggested that the prospect of being able to travel abroad to view property later this year has also led to its overseas section of the site seeing a record 1.1 million searches on Valentine’s Day this year.

The most popular destinations overseas that people searched for included Dénia, Costa del Sol and Tenerife. 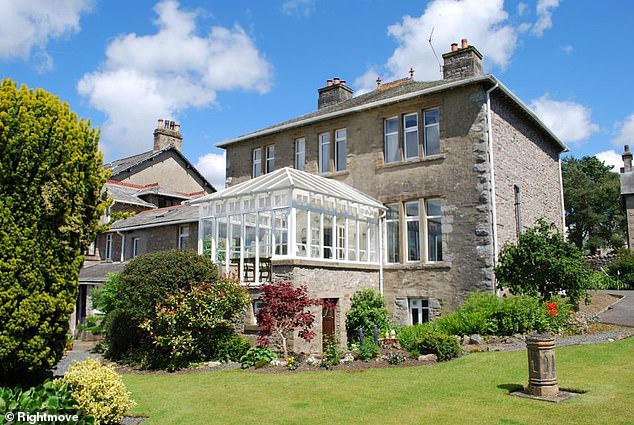 This eight-bedroom hotel in the village of Ingleton in the Yorkshire Dales is for sale for £750,000, via Colliers International estate agents

Rightmove went on to say that a lack of suitable properties to move to is the biggest reason putting homeowners off selling their home right now.

Its research found that 33 per cent of people who are planning to sell later in the year said this is the reason why they are delaying.

Other reasons included waiting until lockdown is over – for 22 per cent – and wanting to know if the stamp duty holiday is going to be extended or not at 24 per cent.

Of those currently in the process of moving or planning to move this year, 21 per cent are worried they will not complete in time to make use of the stamp duty holiday if it does come to an end on March 31. 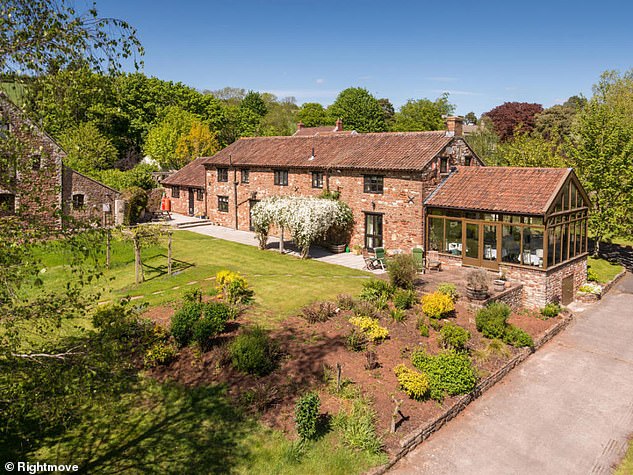 This guest house in Pensford, Bristol, is for sale for £2.5million via estate agents Christie & Co

The number of visits to Rightmove reached a record high of 8,512,518 visits on February 17.

Tim Bannister, of Rightmove, said: ‘Despite all of the uncertainty right now, there are clear signs from buyers that they want to move home this year.

‘Our traffic levels are on a par with the mini-boom from last summer, and July’s busiest ever day last year has been replaced by a lockdown day in February.

‘Now that we have some clarity on what the roadmap out of lockdown could look like we expect to see more people putting their home on the market. This should help open up more choice in the market to satisfy the strong buyer demand we’re seeing.

‘I’ve heard a number of stories of people falling in love with their dream home, only to find it takes time to sell their own one and so lose out on their move.

‘I do completely understand the thinking that homeowners want to find somewhere first, but in the current competitive market if they already have their property up for sale it means when they do find that dream home they’ll have a much better chance of having their offer accepted.

‘People will be eager to hear what the Chancellor decides to do to stamp duty in the budget next week and there are clearly a number of people who are worried about missing the current deadline, but our research shows there are also a large group who do not see this as a factor in deciding to move this year.’

College enrollment continues to decline as students increasingly are priced out