Rio Ferdinand has questioned whether Liverpool‘s notorious ‘heavy metal’ brand of football has contributed to the club’s remarkable collapse this season.

Jurgen Klopp‘s team were eliminated from the Champions League at the hands of Real Madrid despite delivering a much-improving showing in the second leg.

The setback has left Liverpool solely embroiled in a dogfight to clinch a top four spot – and Ferdinand has now attempted to delve deeper into the cause of the slump. 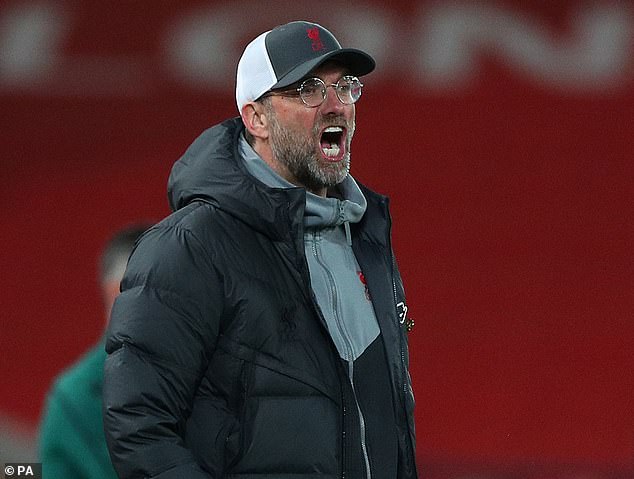 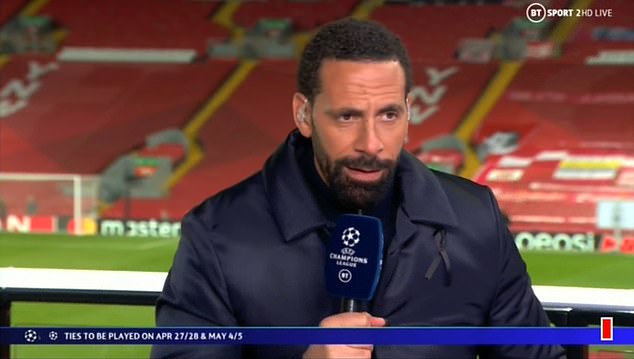 Speaking on BT Sport, Ferdinand (above) pointed to the relentless football under Jurgen Klopp

‘We asked the question before the game,’ Ferdinand said on BT Sport. ‘Is it because of the heavy metal brand of football Liverpool have been playing under Klopp?

‘He’s been here four years, five years… so is it sustainable, playing at that level? Is it the pandemic? Is it the injuries to key players?’

Despite the exit, Liverpool visibly returned to form at Anfield and pressed their LaLiga opponents in typical fashion in an attempt to spark a miraculous comeback. 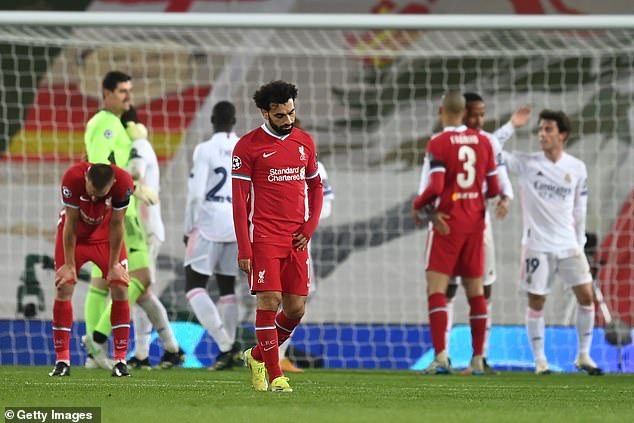 The performance led Michael Owen, also on BT Sport, to insist the Merseyside outfit’s formidable energy has been key to their glory since Klopp took charge.

‘I think the most common words we used in the build-up to this game were intensity and energy,’ Owen said. ‘We want to see that from Liverpool.

‘That’s what Liverpool have based their success on, certainly under Jurgen Klopp. It’s almost inexcusable when you don’t see that.

‘But if you don’t see that thing that makes everything tick, that spark to start with… and it’s so simple.’

Liverpool burst out of the blocks in the second leg but were unable to take an early, and potentially pivotal, lead after squandering several fine openings.

Mohamed Salah was guilty of rifling straight at Thibaut Courtois from close range and his team-mates were similarly wasteful.

Owen, however, has indicated that the never-ending drive rediscovered by his former club remains the way to go in the future.

He added: ‘It’s something that Spanish teams don’t like; they’re not used to it.

‘And that’s our strength, it’s been our strength for years. And now we’ve got quality as well to go along with that.

‘So our high tempo, high press, high energy game is absolutely what Liverpool need to continue to do.’

‘Mistress’ is CANCELED: AP Stylebook bans use of the term since it ‘implies woman is to blame’

Anatomy of a Goal: Diego Maradona’s Goal of the Century

Premier League title race will be between ‘six or seven sides’, says Manchester City No 1 Ederson