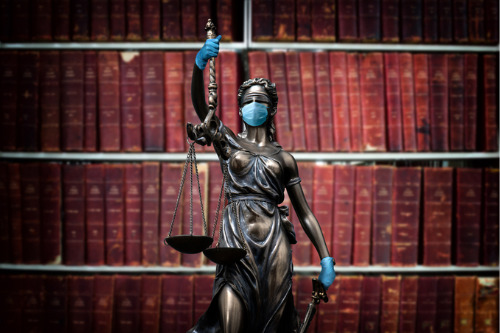 South African insurers argue that their policies did not cover national lockdowns. However, a court ruled on Tuesday that Santam was liable for a business interruption claim made by hotel company Ma-Afrika, Reuters reported.

Santam said that after discussing the ruling with its lead reinsurers, it decided to appeal.

“Santam believes that the high court erred in its judgment,” the insurer said in a statement.

Ma-Afrika and Insurance Claims Africa, an organization representing insured parties, said that Santam’s appeal would further delay claims by businesses impacted by the coronavirus pandemic, according to Reuters.

The appeal will “postpone payment of our claims until March/April 2021 at the earliest,” Elna du Toit, chief operating officer of Ma-Afrika Hotels, said in a statement. Du Toit added that the delay would further harm the already suffering South African hospitality industry.

Santam said in a separate statement that following the court’s ruling – which found it liable for the full indemnity period of 18 months – it had increased its provision for claims under the relevant policy by 1.7 billion rand (about $111 million), Reuters reported.

The insurer has already paid 1 billion rand in interim relief, Reuters reported. That amount will be deducted from any further payments.

How Life Narrows In The Unemployment Insurance Economy – Forbes

What Happens To Pro-Trump Insurrectionists Now That’s There’s A New President? The Answer Could Lie With New Social Media Apps

New CDC forecast predicts US coronavirus death toll will reach up to 508,000 by February 13