Sarah Huckabee Sanders will run for governor of Arkansas. 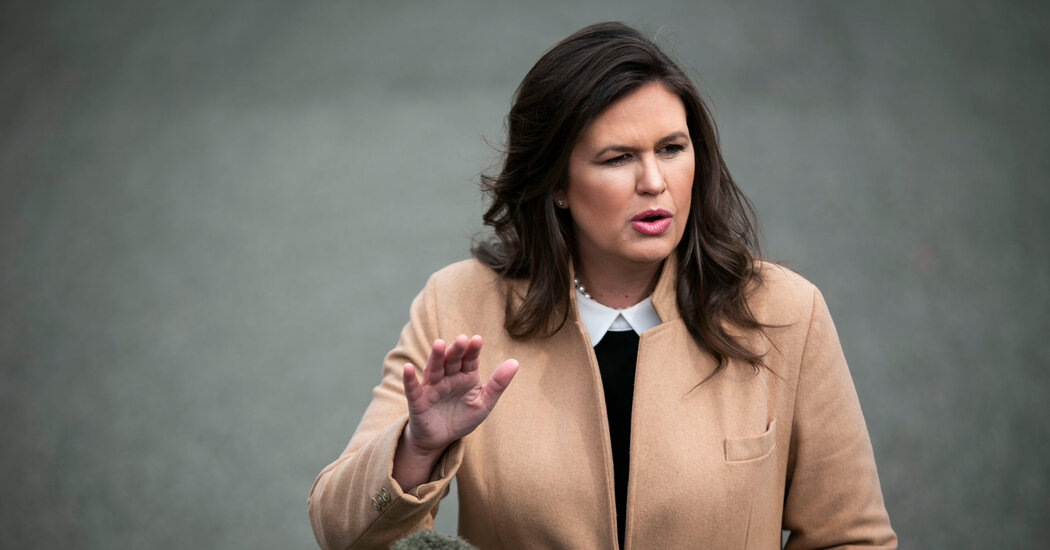 Sarah Huckabee Sanders, who served as a White House press secretary under former President Donald J. Trump, announced her candidacy for governor of Arkansas on Monday, running for a seat her father, Mike Huckabee, once held.

Ms. Sanders is seen as Mr. Trump’s preferred candidate for the election, which will be held in 2022, and her candidacy will serve, to some extent, as a test of Mr. Trump’s remaining strength in the Republican Party. The party has found itself divided after the tumultuous final weeks of Mr. Trump’s presidency, his false claims of widespread voter fraud and his role in igniting a riot by his supporters at the Capitol on Jan. 6.

She announced her run in a video posted on her website Monday morning.

‘It becomes immense’: one man’s solo effort to document every death in the Troubles

MEGHAN ‘BULLY’ CLAIM: Duchess ‘bullied two of her staff’ during her time as a working royal