Scientists at the Wuhan lab admitted being bitten while collecting samples in a cave which is home to coronavirus-infected bats.

One researcher said one animal’s fangs went through his rubber gloves ‘like a needle’.

Staff inside the top-secret facility were also shown handling bats without gloves and working on ‘live viruses’ without masks in apparent breach of strict World Health Organisation safety rules on PPE, according to footage captured by a Chinese TV crew and broadcast in 2017. 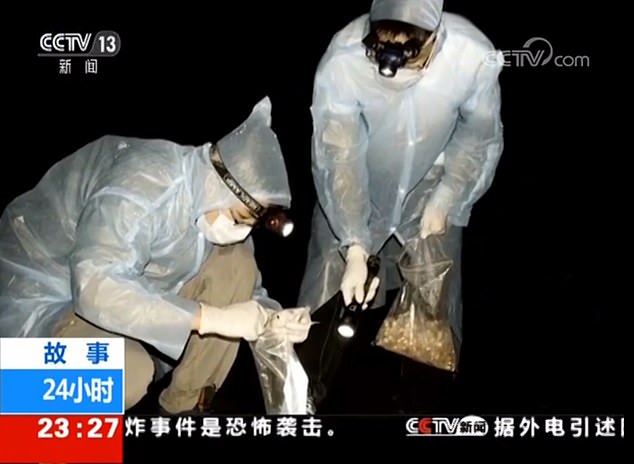 Evidence: Researchers in thin coveralls and rubber gloves handle bats while gathering samples in a clip filmed by a Chinese television crew

The revelations will raise further questions for the WHO team which is investigating the origins of Covid-19 following months of wrangling with Beijing over access to the Wuhan site.

BBC senior executive is paid £325,000 a year to monitor whether the Corporation is impartial

Man Shot In The Leg In The Loop

Illinois Lawmakers Couldn’t Meet Often in 2020 Because Of The Pandemic, But That May Change In 2021; ‘At Least 22 Other States Have Been Operating Virtually’

Drug used to treat lice and scabies drug could cut Covid deaths by up to 75%, research suggests

Teachers are to take control in school exams free-for-all