The letter includes details of the alleged rape – which occurred in 1988, before the man entered politics – and urged the prime minister to launch a parliamentary investigation into the allegation.

New South Wales Police set up a strike force to investigate the rape claim in February 2020, but their efforts to take a formal statement from the woman were delayed by the outbreak of Covid-19.

The woman took her own life in June 2020 a day after telling detectives she no longer wanted to pursue the investigation at only 49-years-old.

The Australian Federal Police has been made aware of the letter by Labor Senator Penny Wong and Greens Senator Sarah Hanson-Young who were also recipients. 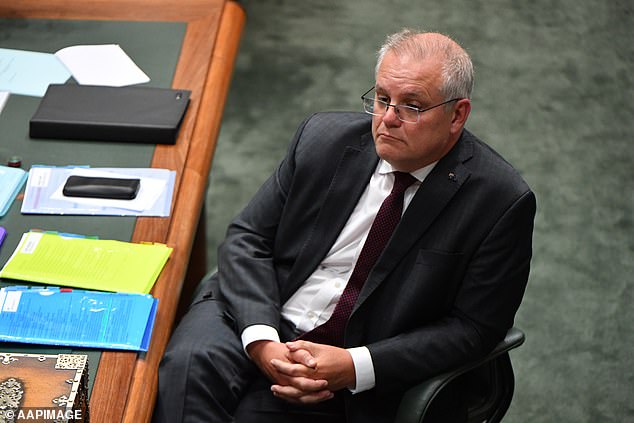 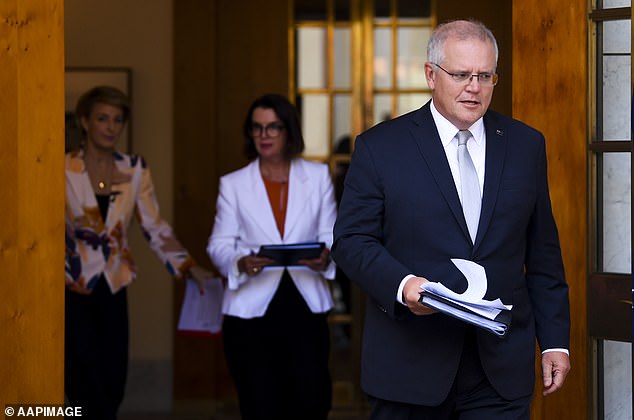 The woman alleged the now-cabinet minister anally raped her in Sydney when she was 16-years-old.

The anonymous author of the letter said they want Mr Morrison to set up an independent parliamentary investigation into the incident, ABC News reported.

‘When news of [the complainant’s alleged] rape becomes widely known to the public (as it most likely will), legitimate questions will be asked as to who knew what, when they knew and what they did,’ said the letter, which has been read by ABC’s Four Corners.

‘This is occurring today in relation to Brittany Higgins.

‘In [the complainant’s] case, the loss of respect for our political institutions will be exacerbated by the aggravating factor of [the accused perpetrator’s seniority]. 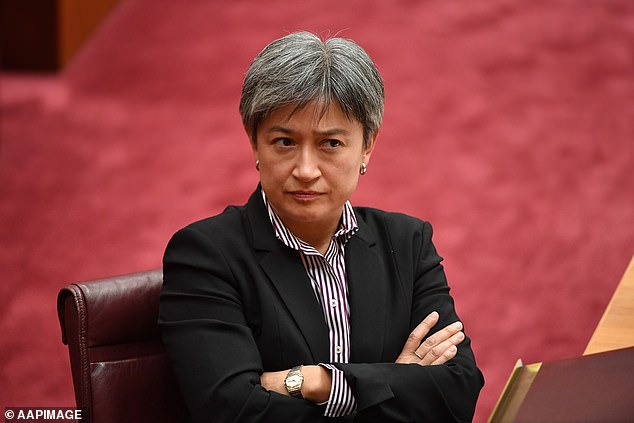 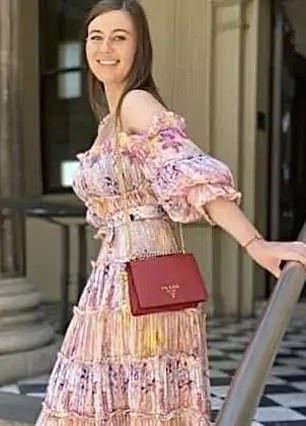 The explosive claim comes as the Morrison government comes under fire for its handling of the alleged rape of Brittany Higgins in Parliament House.

Ms Higgins claimed to have been raped in Defence Minister Linda Reynold’s office by a senior colleague while working for the Liberal party in 2019.

An internal investigation into how the alleged matter was handled by the government is ongoing and Ms Higgins has spoken to the Australian Federal Police.

Former prime minister Malcolm Turnbull was made aware of the alleged matter from 1998 in 2019 when the woman contacted him, and he wrote to South Australia Police when he learned she had died.

Ms Wong also spoke to South Australian police after learning of the woman’s death, as she had also been contacted by the complainant.

The senior Labor Senator also said she had notified NSW Police, SA Police and the AFP and hoped appropriate action would be taken to examine the allegation.

Because the woman has died, there cannot be criminal charges laid about the alleged rape. 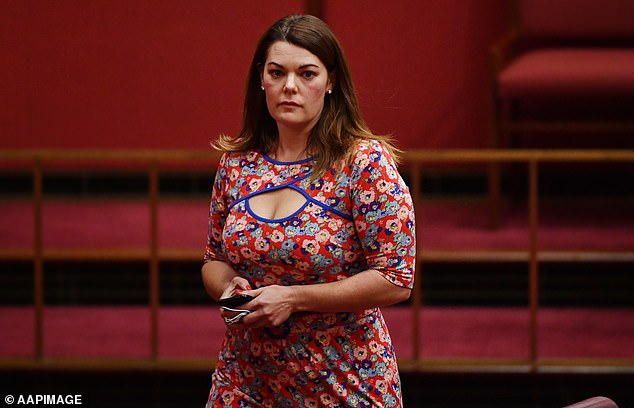 In a statement the woman had written for her lawyer in 2019 that was viewed by Four Corners, she said she wanted to encourage other women to come forward.

‘All I really want, in the end, is for this to have been reported to the NSW Police Force and to know that a copy of this document, and a transcript of any interview they might do with me, is in their archives,’ the statement said.

The woman had told numerous friends about the incident who she was ‘consumed with trauma’ because of it and spent her life trying to find peace and justice.

They called her early death a ‘waste’, and one said it caused them ‘enormous sadness’ and another called her a ‘beautiful, clever, young woman.’

The South Australian suffered from bipolar disorder and had made previous attempts on her life, friends told the ABC.

The South Australian police are currently preparing a report into her death for the state coroner.

A statement from the Prime Minister’s Office to the ABC said, ‘any complaints or allegations of this nature made to anybody — whether they’re parliamentarians or journalists — should be referred to the AFP.’

‘As the AFP Commissioner outlined in advice to all parliamentarians on February 25, 2021, rereporting to the police is the way to ensure any alleged crimes are properly investigated.’

Pope Francis, 84, suffering painful sciatica which has forced him to bow out New Year’s Day Mass