His military service saw him deployed to the Balkans during the Kosovo war before finding global success with the hit single You’re Beautiful.

But now James Blunt has a new and urgent mission on his hands — to retrieve his late grandfather’s ‘irreplaceable’ pocket watch.

The heirloom, I can disclose, was among a haul of personal belongings ransacked from Blunt’s hillside villa in Ibiza last week. 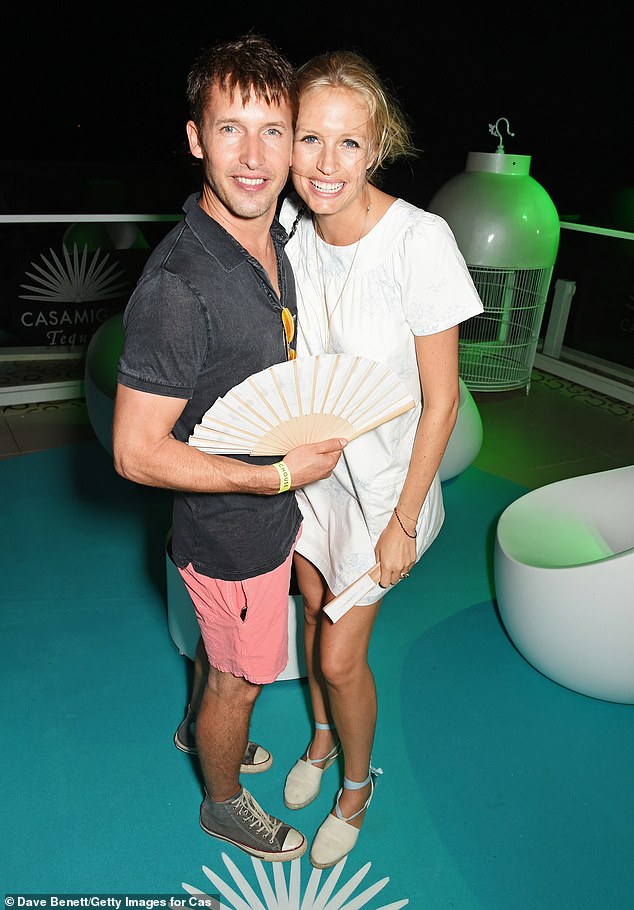 James Blunt and his wife, the Duke of Wellington’s niece Sofia, have been targeted by burglars at their Ibiza home 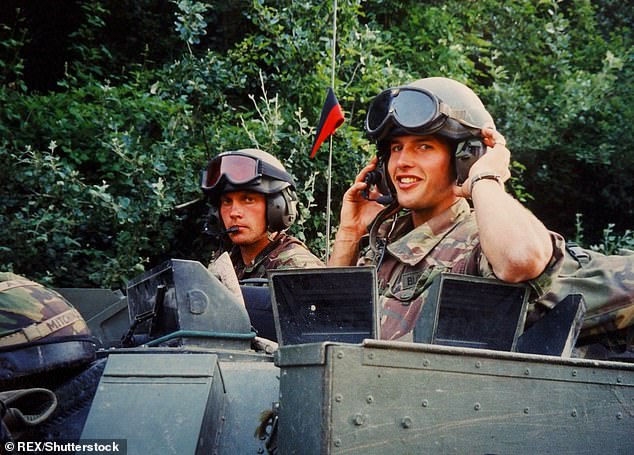 The crooner’s military service saw him deployed to the Balkans during the Kosovo war, pictured in 1999

The former Household Cavalry officer and his wife, the Duke of Wellington’s niece Sofia, spent several months on the island during lockdown last year, but were not at the house, recently renovated, at the time of the raid in the early hours of last Thursday night.

Every single one of the balladeer’s shirts and T-shirts were taken from the property — bought by Blunt for £1.7 million in 2006 — as were a pair of gold cufflinks, and numerous items, including a bayonet from his time in Kosovo.

Their loss has prompted him to issue a heartfelt appeal. Stressing that he’s aware that it is a ‘difficult time for many people on the island’, he adds: ‘My only real sadness is that they took some cufflinks and an old pocket watch that belonged to my grandfather, and a bayonet from my time as a soldier in the Kosovo war in 1999. I would gladly pay a reward for their return.’ 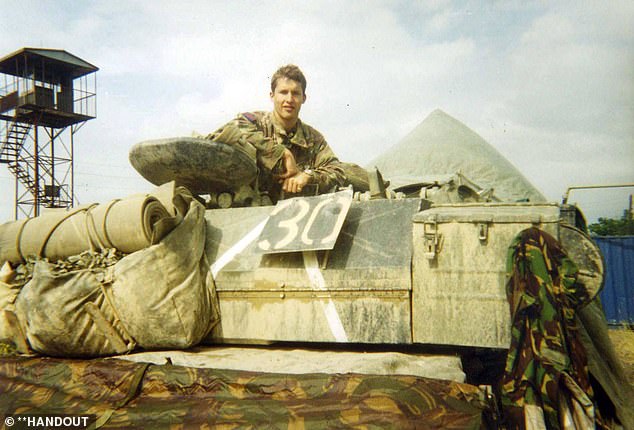 Blunt characteristically retains his sense of humour. ‘The thieves took about 100 items, including a black and white cowhide rug that my wife didn’t like, so I suspect she could be involved,’ he jokes.

‘They also took all my T-shirts and shirts. They can’t have a very good sense of aesthetics.’

A search for fingerprints has led local police to conclude that there were three intruders, who gained entry undetected even though Blunt had ensured that the house was occupied in his family’s absence.

A friend offers sympathy. ‘Blunty’s lovely. He invites people back to the house all the time for dinner,’ she tells me.

‘That’s where he does the parties, with people dancing till the early morning.

‘Will he get the watch and cufflinks back? I doubt they’re still in Ibiza.’

Mike clowns about as kids give him a makeover lesson

The 42-year-old is married to the Queen’s granddaughter, Zara Phillips, with whom he has daughters Mia, six, and Lena, two. 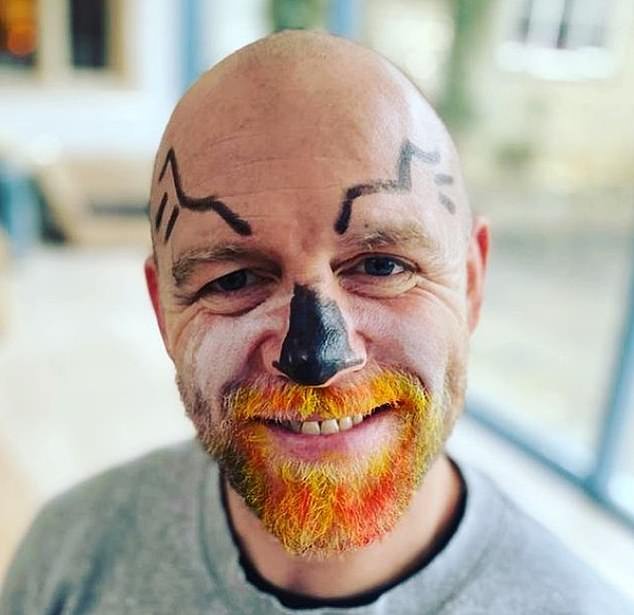 He shared a picture of his blackened nose and orange beard following an arts and crafts session at their home on Princess Anne’s Gatcombe Park estate in Gloucestershire.

‘I feel like I succeeded in home-schooling arts and crafts today,’ he says. ‘Any movies out there need a creepy villain? I think I fit the bill.’

Mike, who whose wife Zara, 39, is five months pregnant with their third child, previously admitted home-schooling during the first lockdown was ‘nice but frustrating’.

Dubbed the ‘hot priest of Notting Hill’ after spreading the gospel of love on the streets of West London during the first lockdown, Pat Allerton is rejoicing for more personal reasons.

I can reveal the Old Etonian vicar, 42, has got engaged to South African-born Kirsty Turnbull, 33. 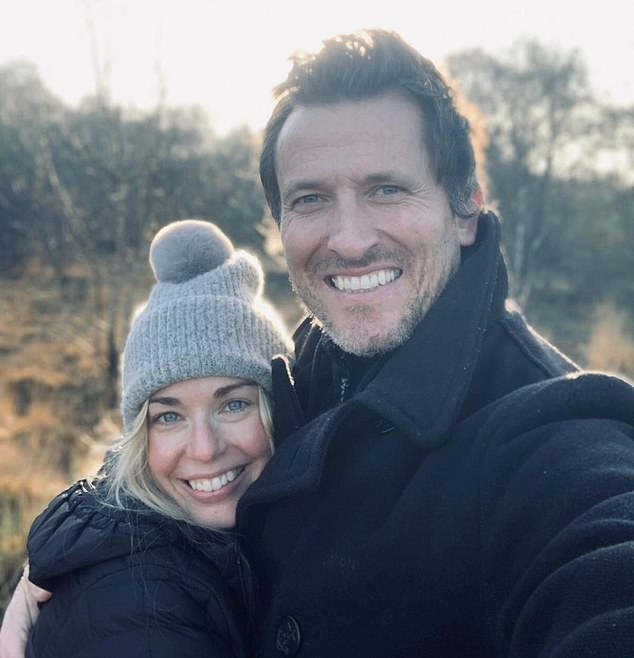 The ‘hot priest of Notting Hill, Pat Allerton, has got engaged to South African-born Kirsty Turnbull

‘We were on a walk and the sun came out, the birds were singing, it was beautiful,’ Pat tells me.

‘I went down on one knee and found myself at a loss for words, which is unusual for a preacher. But I managed to get the words out and thank the Lord she said yes.’

Kirsty, who runs Year Here, an enterprise that tackles social problems in London, met Pat when she joined his former church, St Dionis in Parson’s Green.

How much life insurance do I need? – CNN

Fearless elephant calf protects its mother by charging at vets

Roar power! Astonishing moment two tiger brothers rear up and claw each other in an explosive battle

Thug, 29, jailed for killing father kicked to death outside his home CAN be released from prison

W.V. Bill Would Re-Merge University With Community and Technical College