Ever since The Ritz was snapped up last month for £800 million making it the most expensive hotel in the world, mystery has surrounded the identity of its purchaser.

Now I can reveal it is none other than 40-year-old businessman Abdulhadi Mana Al-Hajri who hails from the gulf state, Qatar. Al-Hajri is not just any businessman. He is also a friend of the playboy premier of Pakistan, Imran Khan.

There had been erroneous speculation that the hotel had been bought by Sheikha Moza bint Nasser, one of the former Emir of Qatar’s wives. 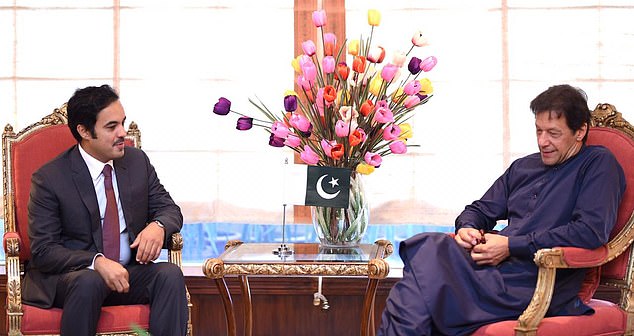 40-year-old businessman Abdulhadi Mana Al-Hajri (pictured left) who hails from the gulf state, Qatar, is the new owner of The Ritz. He is friends with the playboy premier of Pakistan, Imran Khan (pictured right)

But the man who sealed the deal is, in fact, a brother-in-law of the current Emir.

The 136-bedroom hotel will be in good hands, as he has promised to keep on all the staff on their full salaries while the hotel is closed due to coronavirus.

The Ritz is a favourite watering hole of the royal family. Prince Charles, who chose the hotel for his first appearance in public with Camilla Parker Bowles, has given Christmas parties for his staff there, and his late grandmother, the Queen Mother, had a favourite table in the dining room.

The Emir’s family have made London their second home. It’s said they own more of the capital than the Queen, with a portfolio that includes Harrods and Canary Wharf.

Prince Charles has forged warm personal links with the Emir’s family since writing to them in 2010, when a £3 billion project — funded by Qatari money — threatened to turn London’s old Chelsea Barracks site into soulless blocks of steel and glass.

The Emir interceded, ensuring the scheme was scrapped and replaced with a more restrained development.

Al-Hajri appears to be sympathetic to the ways of London society. 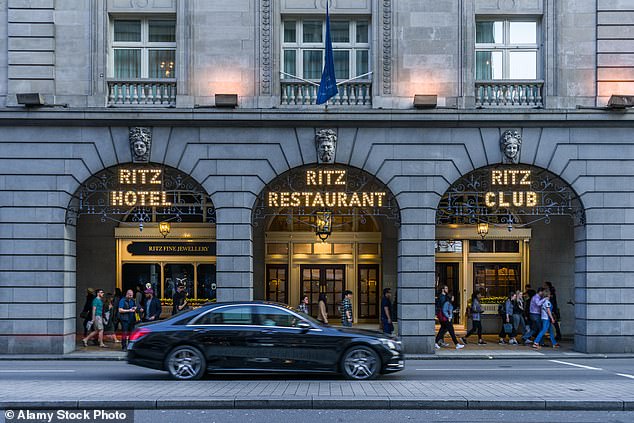 ‘It is a privilege to become the owner of the iconic Ritz Hotel,’ he says.

Perhaps in time the Qatari royal family will emulate one of the Ritz’s most celebrated royal guests — King Zog of Albania who, during World War II, holed up in the hotel, taking over an entire floor.

He paid his bill in gold bullion.

Who is Abdulhadi Mana Al-Hajri?

The 40-year-old Qatari businessman is the the brother of Sheikha Al-Anoud- the second wife of Sheikh Tamim bin Hamad Al Thani, the emir of Qatar

His sister shares five children, three daughters and two sons, with the Qatar ruler who she married in 2009

The business tycoon, who is the new owner of London’s Ritz Hotel, is also a friend of the Pakistani Prime Minister Imran Khan who he was pictured meeting in September 2018

Abdulhadi Mana Al-Hajri took control of Green Park (No 1) on February 25, which acquired the group that owned the Ritz a month later on March 25, the FT reported

A statement issued at the time on the buyer’s behalf said: ‘It is a privilege to become the owner of the iconic Ritz Hotel and have the opportunity to build on its innate style and grand traditions.’

Am I proof that some people will never be immune to Covid-19?

Girl, 12, is killed by a stray bullet during a drive-by shooting in Sweden

Girl, 12, is killed by a stray bullet during a drive-by shooting in Sweden