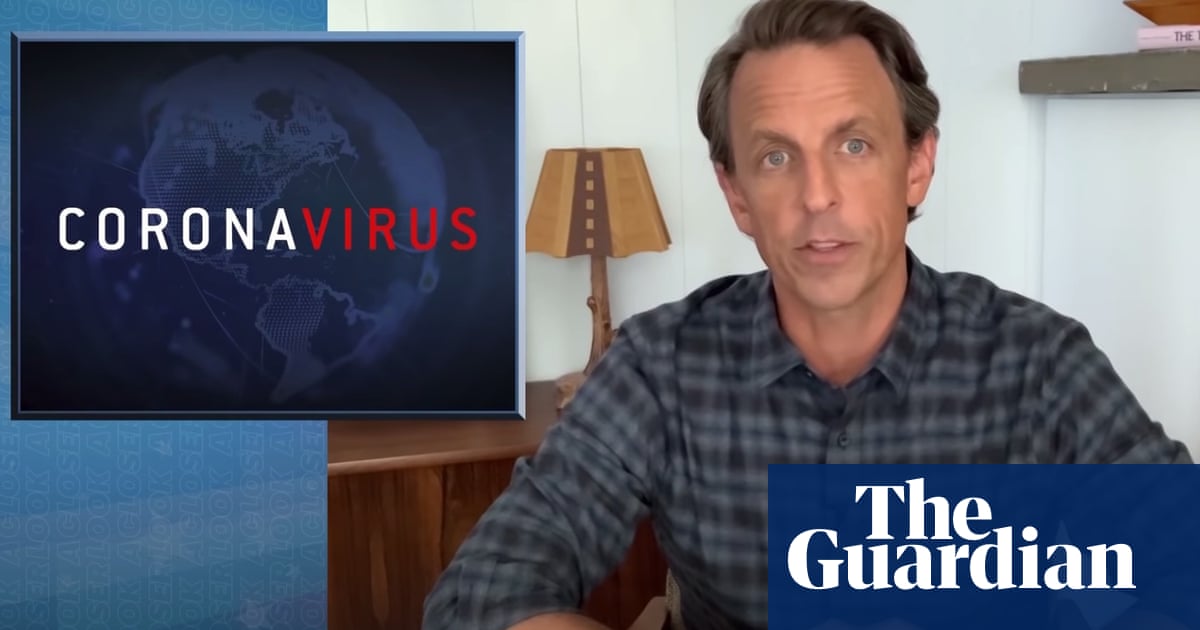 Seth Meyers rehashed the latest coronavirus misinformation peddled by Donald Trump: a rightwing Pac-funded video in which a doctor inaccurately claimed that masks are ineffective against coronavirus because the real cure is the anti-malarial drug hydroxychloroquine. Numerous studies have debunked the drug as a treatment for coronavirus, and “believe me, we all wish hydroxychloroquine actually worked,” said Meyers on Wednesday’s Late Night.

“If hydroxychloroquine really worked,” he added, “I’d take an Uber Pool to Times Square to get coughed on by a tourist just for old time’s sake.”

The video was viewed over 20m times before Twitter flagged and removed it, but it has not disappeared; numerous Republican figures, including Trump’s son Don Jr, retweeted it or propagated its claims “because they’ve failed on the pandemic response, and because they’re desperate for a magic fix that would make the crisis go away”, said Meyers.

Even worse, the doctor in the video, Stella Immanuel, has a long history of outlandish medical claims, such as that gynecological problems are caused by people having sex in their dreams with demons or witches, that alien DNA is used in medical treatments, and that some elected officials are aliens or “reptilian”.

“Who on Earth could possibly trust a doctor like this? Oh God, why’d I ask … ” Meyers said, then played a clip of Trump praising Immanuel as “spectacular” at the White House briefing on Tuesday. Trump later told reporters he was “very impressed with her and other doctors that stood with her. I think she made sense.”

“Cool, so Trump won’t listen to the renowned infectious disease expert who actually works for him, but he loves the demon sperm lady,” Meyers said.

“Just step back and consider how insane this is,” he added. “The president can’t be bothered to focus on the things that actually work, like testing, contact tracing, isolation or mask-wearing, but if a crazy person posts a video claiming lizard people are making alien vaccines, his response is: ‘That’s interesting!’”

Last month, the New York Times reported that a Russian military intelligence unit secretly offered bounties on US soldiers in Afghanistan, but Trump is “basically giving a giant shrug to one of Russia’s deadliest schemes yet”, said Trevor Noah on Wednesday’s Daily Show. The president has been “oddly chilled out about Russian aggression to the US”, he added, even declining to bring up the explosive intelligence report with the Russian president, Vladimir Putin, in a phone call earlier this month.

Pressed in an interview with Axios on HBO, Trump claimed the intelligence never reached his desk, though officials said it was in his written intelligence briefings in February.

“I actually believe Trump when he says that this intelligence briefing never reached his desk,” said Noah, “because, I mean, his desk is so full of Goya beans, where are they going to put the files?

“But it is bizarre that Trump is the most impulsive president ever except when it comes to Russia,” Noah added. When people protest against the police, “he’s like ‘we’ve got to send in the troops’”, but when Russia puts bounties on American troops, “he’s like ‘they’re only lashing out because we hurt them’”.

To be fair to Trump, Noah joked, he probably didn’t want to bring down the mood in the phone call with his “buddy” Putin: “You don’t want to ruin the vibe with how he’s spearheading a campaign to compensate enemy combatants for killing your troops — zero chill, man, zero chill.”

“These guys made the cast of the Big Bang Theory look like the Avengers,” he added. “It was basically like the Super Bowl of guys who were picked last in sports.”

The five-hour Q&A session was “not an easy day for lawmakers”, Fallon continued. “They were like, I’d grill you but I need Amazon to survive, Google knows my search history, Apple’s got my texts and Facebook’s got my drunk pics, so … we’re good.”

Wednesday marked Zuckerberg’s fourth time testifying before Congress, although as Fallon pointed out, “you could also say that Zuckerberg has testified 900 times, it doesn’t matter – he won’t factcheck it.”

Coronavirus in Wales: Pubs and restaurants can reopen on Monday